CES is a time of year when many companies like to introduce new 'concept' devices - products that do really cool things, but will never see the light of day. Razer is no stranger to this, as last year it introduced Project Ariana and Project Valerie.

Ariana was a gaming projector, and Valerie was a laptop with three 17.3-inch 4K displays. Upon lifting the lid on Valerie, the user could press a button to expand the other two screens. In fact, Valerie was so exciting, that someone actually stole two of the prototypes from the booth at the convention.

This year's concept is called Project Linda, and frankly, it's not as exciting as devices that we've seen in previous years. This laptop-style device allows you to dock your Razer Phone where the trackpad would be on a traditional laptop. Once that's done, the notebook mirrors the screen of the phone.

It looks really cool in practice. The device has an RGB keyboard, and you can connect a mouse to it. Still, you can't exactly use the phone as a trackpad, as you'll most likely try to do. Swiping on the phone just scrolls the screen as it would when you're controlling the phone.

Screen mirroring is nothing new. Razer did show an image of the phone having something different on the screen than on the laptop, but I was told that apps have to add this functionality. Of course, that's never going to happen since Linda will likely never come to market. I got flashbacks of last year, when I was told that there would be improvements to Project Valerie.

And the idea of using your phone as a PC is nothing new either. Motorola gave it a go first with the Atrix, and Microsoft introduced something more powerful with Continuum on its Windows phones, but Samsung and Huawei later followed suit by introducing their own variants of the idea.

You can check out our hands on with Project Linda below: 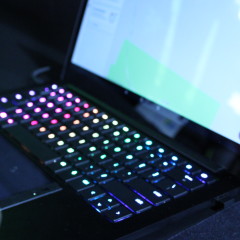 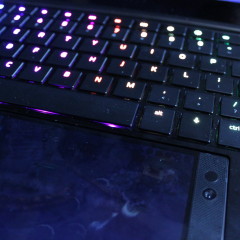 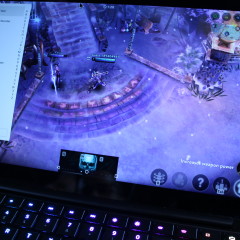 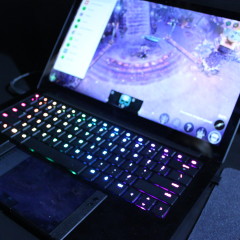 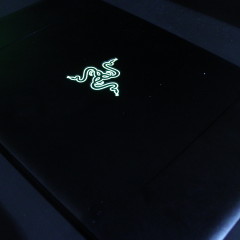 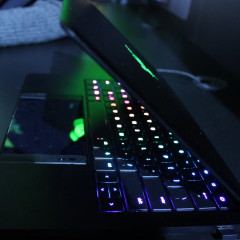