Today, HP announced the Elite Dragonfly, its newest business convertible. What's wild about this PC is that it weighs in at just 2.2 pounds, or 0.99 kilograms. HP says that it's the lightest 13-inch business convertible in the world, but I'd take it a step further than that. I've never seen any lighter convertible.

There are a few laptops that gets down to 2.2 pounds or lower, such as LG's gram lineup and Acer's Swift lineup, but those are clamshell laptops. LG even has the gram 2-in-1, and that weighs in at over two and a half pounds. Seeing this kind of weight in a convertible is just incredible.

It's the first EliteBook to be made out of magnesium, as opposed to the current generation that uses aluminum. It also comes in a new color: Dragonfly Blue. This isn't to be confused with Poseiden Blue, of course, which is used on HP's Spectre x360 consumer PCs. Typically, HP's EliteBooks only come in Natural Silver, so not only is this much lighter than usual, but it looks different as well.

It's almost like a successor to the EliteBook x360 1030, although there's already one of those on the market with similar internals: eighth-gen vPro CPUs, the same display options, 4G LTE, and so on. So if you want this PC but in aluminum and Natural Silver (in other words, not this PC), it's out there.

What's interesting to me is that the Elite Dragonfly doesn't feel like magnesium. The LG and Acer laptops that I mentioned above both use magnesium to achieve their weights, and they feel plasticky. I don't get that feeling from the Elite Dragonfly, and HP tells me that it put a lot of work into just that. It almost feels like it's made out of aluminum with a matte finish, but of course that's not the case.

HP also talked about how it's the first laptop to use ocean-bound plastics. They're used in the speaker housing, and the company says it's committed to using that design throughout 2020.

As far as light PCs go, it always seems to come down to compromise, but not here. It keeps all of the features from the EliteBook x360 1030 that we all love. It has an awesome keyboard, 4K or 1080p Sure View displays, an IR camera for facial recognition, gigabit 4G LTE, USB Type-A, Thunderbolt 3, pen support, and it's a 2.2-pound convertible. 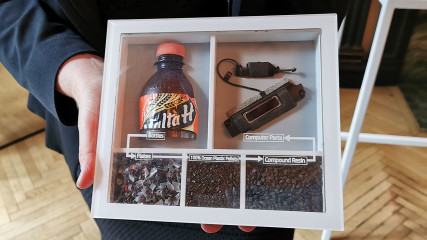 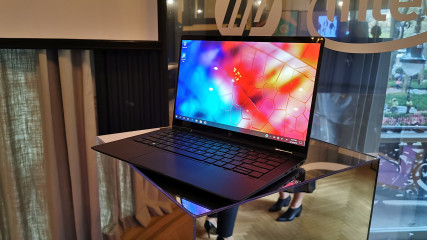 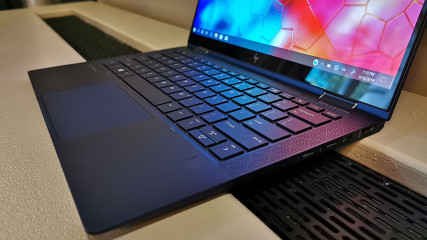 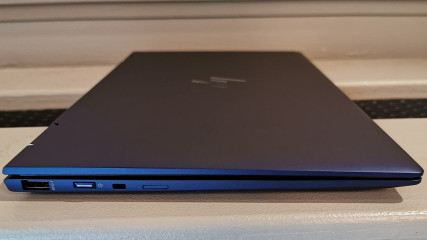 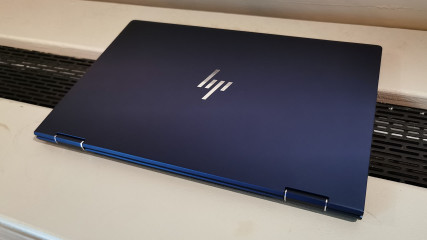 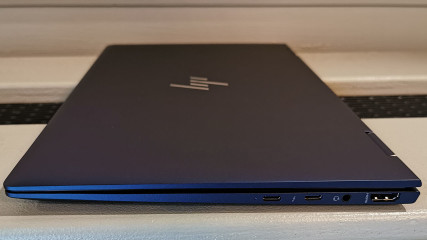 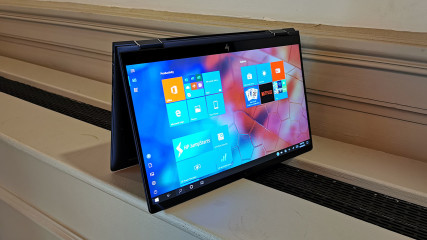 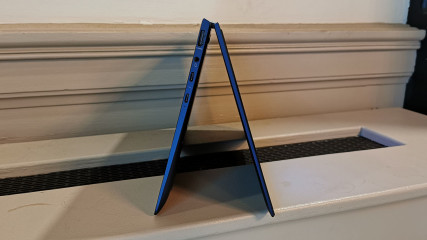 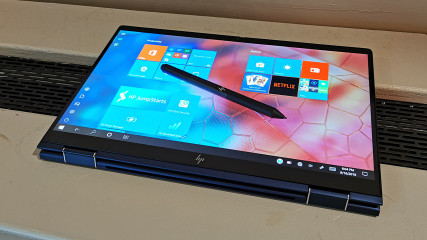