Today, OnePlus announced the OnePlus 7 Series in a way that it never has before. First of all, it introduced three devices: the OnePlus 7, OnePlus 7 Pro, and OnePlus 7 Pro 5G. Also, this was all done at simultaneous events around the world, with different handsets showing up in different regions.

Here in the U.S., we got the OnePlus 7 Pro, and no mention was made at the event about the other devices. My first impression of the device is that OnePlus finally grew up. In my opinion, OnePlus has never actually made the best phones. What the firm has accomplished though, is always providing a flagship phone at a far more competitive price than the rest of the market.

That could be changing though. The company has ditched its 1080p displays that it held onto for so long, and the 7 Pro comes with a 1440p 19.5:9 display that has a 90Hz refresh rate.

Called Fluid AMOLED, it's absolutely beautiful, and it's really smooth. I've always considered OnePlus displays to be good, but not great. This is on an entirely new level for the company. And as you'd expect from an OLED panel, the blacks are black and the colors are vibrant.

You'll also notice that there's no notch. That's because OnePlus used a pop-up front camera in its Pro model. Naturally, I played around with it a bit.

OnePlus says that the pop-up camera is meant to be used up to 300,000 times, so it won't fail you. It also showed a video of a 50-pound weight hanging off of it.

You'll notice from the video above that it goes up and down pretty quickly, probably around the same speed that it takes any phone to activate the front camera. If it's longer, then the difference is negligible. I also tried closing it with my hand, and while the phone will let you do that, it will show you a message warning you not to.

Of course, there's still a fingerprint sensor in the display, something that first showed up in the OnePlus 6T. OnePlus promises that it's faster and more accurate this time around, even though the 6T was already pretty good. I tried this out, and it seemed fine. This, however, is one of those things that requires day-to-day use to be sure about. Luckily, I'll have one in my hands soon.

OnePlus went with a triple-lens camera this time around. The main sensor is Sony's 48MP IMX586, with an f/1.6 aperture. There's also an 8MP 3x zoom lens and a 16MP wide-angle sensor. 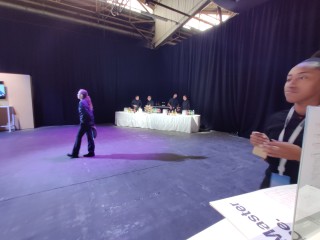 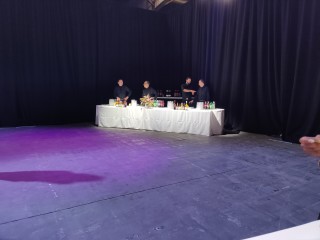 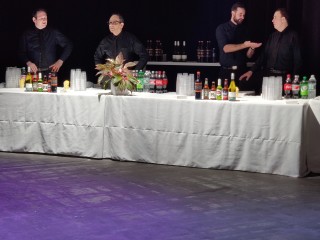 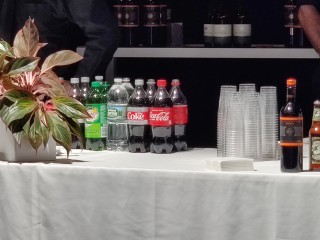 Those four images include wide-angle, standard, 3x zoom, and zoom turned up to the max, which is 10x. These were the only samples I took, since the room was already pretty poorly lit, and there wasn't much else there that was useful for camera samples. Again, this is something that I'll be spending more time with when I get the device.

One last thing that I wanted to check out was Zen Mode, a software feature that's coming in the next version of OxygenOS. When you turn it on, Zen Mode won't let you use your phone for 20 minutes, unless it's to receive a call, make an emergency call, or access the camera.

There's no way out of this. The screen will show you a timer, and that's it.

Apparently, even rebooting the phone won't get you out of Zen Mode. I can't wait to try it out, and see if notifications still come through on Wear OS, as they do when your phone is in do not disturb mode.

I'll have more on the OnePlus 7 Pro in the days ahead, including an unboxing video, and a review in the weeks ahead. Stay tuned. 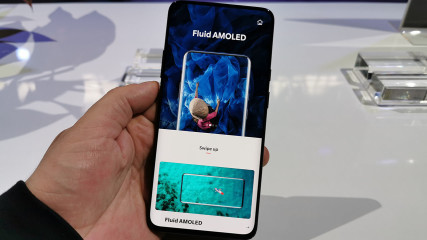 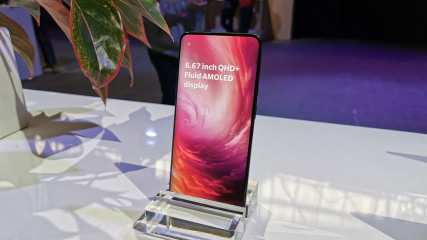 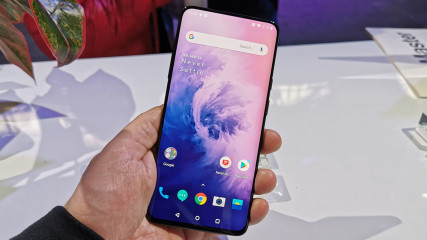 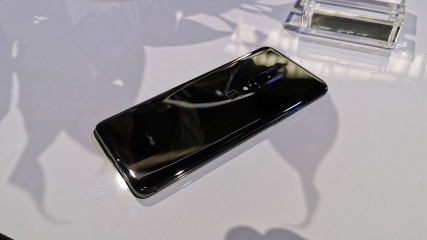 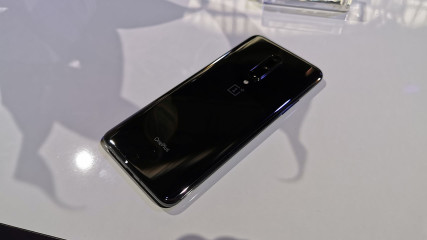 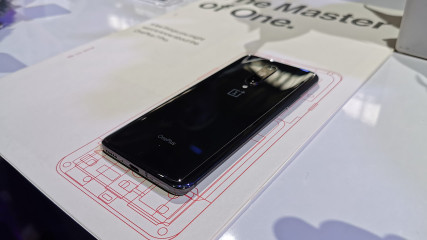 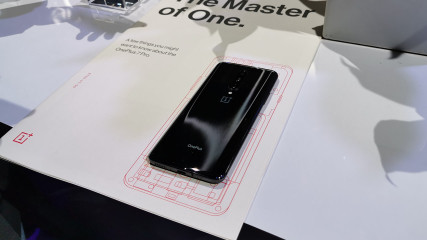 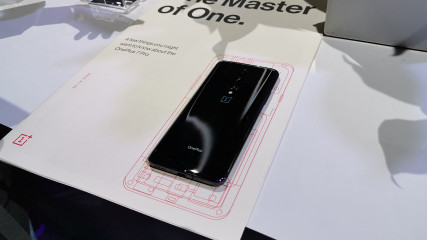 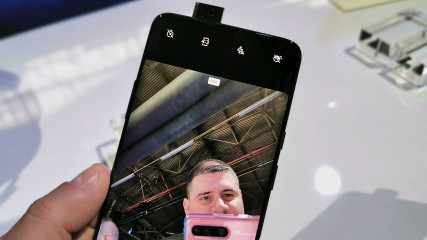 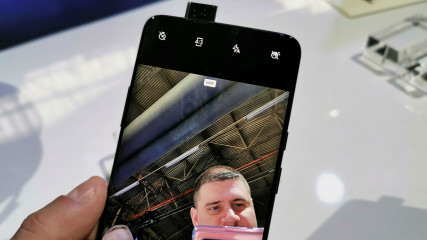 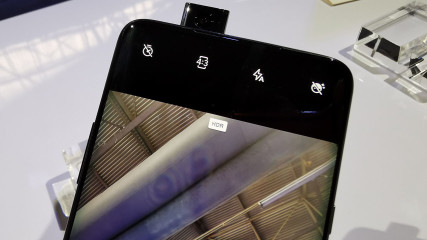 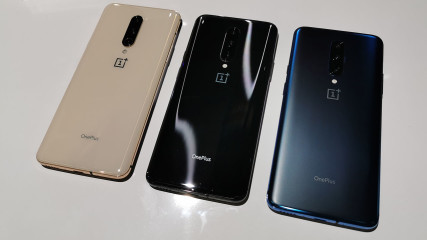 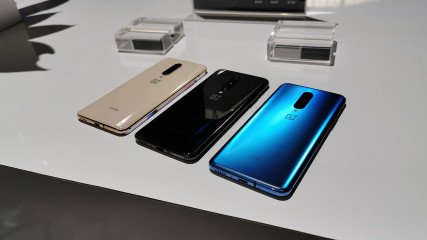 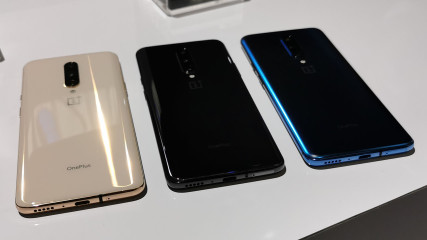 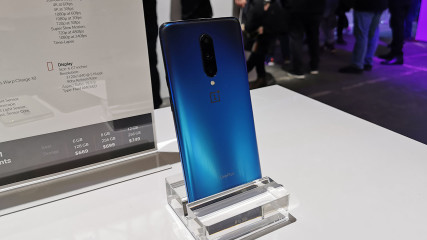 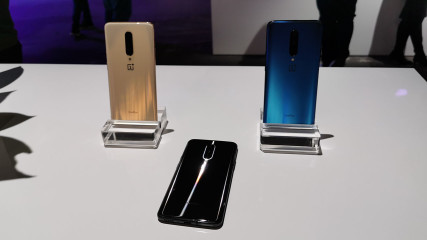 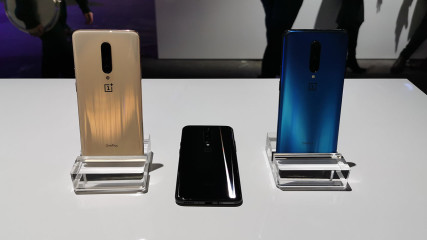 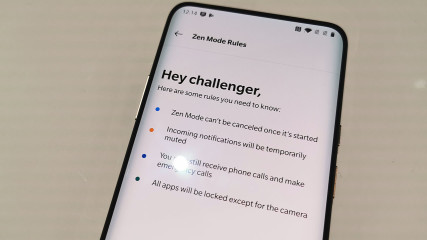 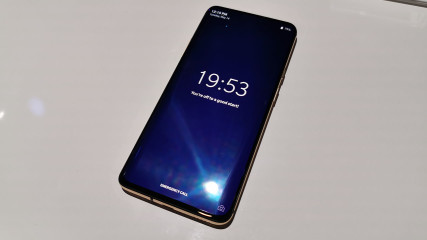 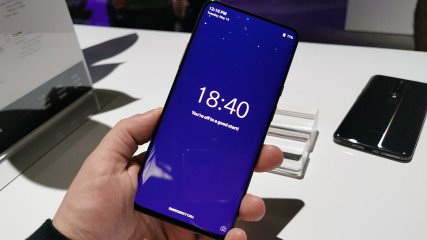