As we transition to the second quarter of the year, Microsoft wants to remind its customers about all the features it introduced in OneDrive during the first three months. Although all most of them differ from the top 10 features OneDrive users need, Microsoft did a good job bringing important feature changes and improvements to its cloud storage (some of the new capabilities currently remain in preview).

In case you missed them, here are the new features and changes in OneDrive released during the first three months of the year.

In January 2022, Microsoft released a revamped Files on Demand for macOS to reflect changes in how Apple's desktop operating system handles files. Shortly after that, the company faced significant user backlash, forcing Microsoft to return to the drawing board. At the end of February, Microsoft released an update based on user feedback.

Improved link copying in OneDrive for Web allows users to change the link type and permissions before generating and sharing a link. This replaced the old behavior when OneDrive would automatically copy a link with default permissions.

For SharePoint users, Microsoft introduced a better move or copy experience. Users now can access a new dialog window to choose the destination for their content when moving or copying files and folders in OneDrive and SharePoint.

Finally, Microsoft rolled out new OneDrive Sync Admin Reports to help IT Admins better understand how OneDrive behaves within their organizations and how to help users better handle various features and potential mistakes.

In February 2022, the OneDrive team focused on improving the experience for macOS users. Microsoft introduced a native OneDrive app for Apple Silicon-based Macs and rolled out the first public preview of Known Folder Move. The latter lets you keep files in selected folders safe by constantly uploading their content to OneDrive. 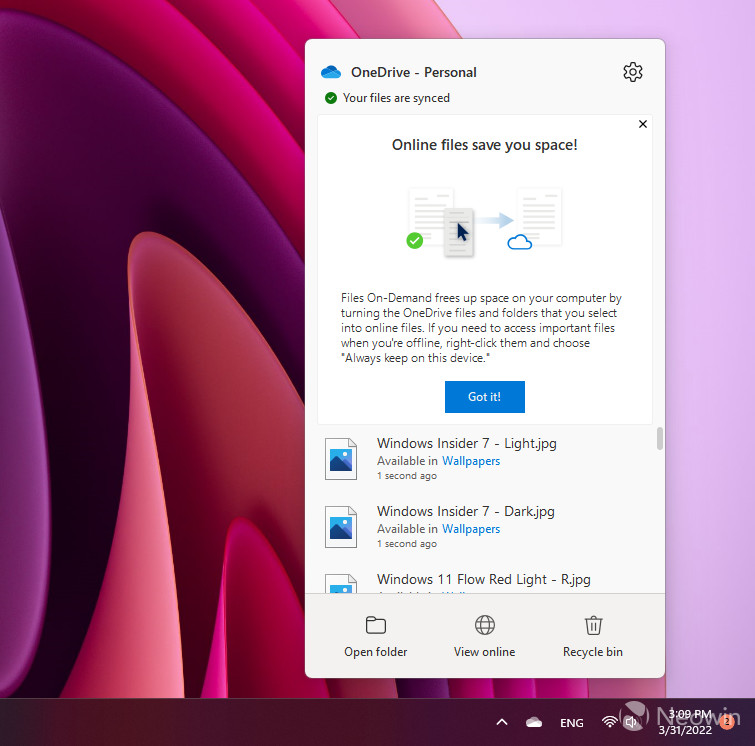 In March 2022, Microsoft released an updated OneDrive client with ARM support for Windows to provide users with better performance and efficiency.

And lastly, the software giant added the option to move "Add to OneDrive" shortcuts to any private folder in OneDrive.

If you are an active OneDrive user, you can keep an eye on the development process by following the OneDrive roadmap available on the official website. Microsoft says there are 22 updates currently in development and 10 new features rolling out to the public.