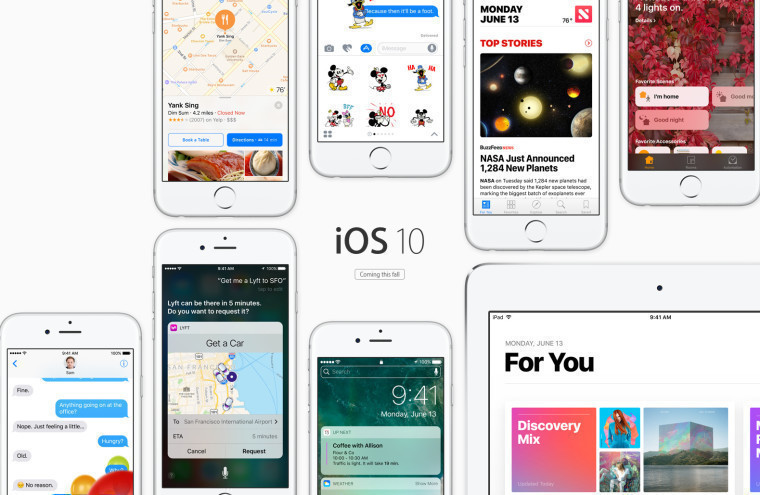 Apple is hosting its Worldwide Developer Conference this week, where it unveiled OS X macOS Sierra, watchOS 3, a major update for tvOS, and iOS 10. The company says that iOS 10 is its biggest release ever, and indeed, it includes a wide range of improvements and new features that it hopes will please developers and users alike.

The new version of its mobile OS is coming this fall - but it won't be coming to every device that got the iOS 9 upgrade.

Here's the full list of devices that will be upgraded:

Notably, the iPhone 4S, first-generation iPad mini, iPad 2, third-generation iPad, and fifth-generation iPod - which were all eligible to upgrade to iOS 9 - are absent from this list. All of these devices are equipped with Apple's A5 (A5X in the third-generation iPad) processor, but the company evidently feels that the time has come to move things along, and drop support for the ageing SoC with its latest OS update.

Editor's note: As some of our readers have pointed out, Apple's iOS 10 preview site show a larger list of devices, which includes the 5th-gen iPod touch, iPad 2 and others. However, the list published in our article above is the full list of devices that Apple showed on stage during its keynote, which it said would be eligible to upgrade to iOS 10 this fall.

We've also checked Apple's developer site, where the company has only published iOS 10 images for the devices that it listed during the keynote. It appears that the list published on the preview site may therefore be erroneous - but if the company confirms that those additional devices will indeed be eligible to upgrade to iOS 10, we'll keep you posted.

UPDATE: As Tero Alhonen spotted today, Apple has now updated the published list of iOS 10-compatible devices to reflect the version that it showed during its keynote.

Unfortunately, as we originally published, this means that many devices that previously got iOS 9 won't be able to upgrade to iOS 10.