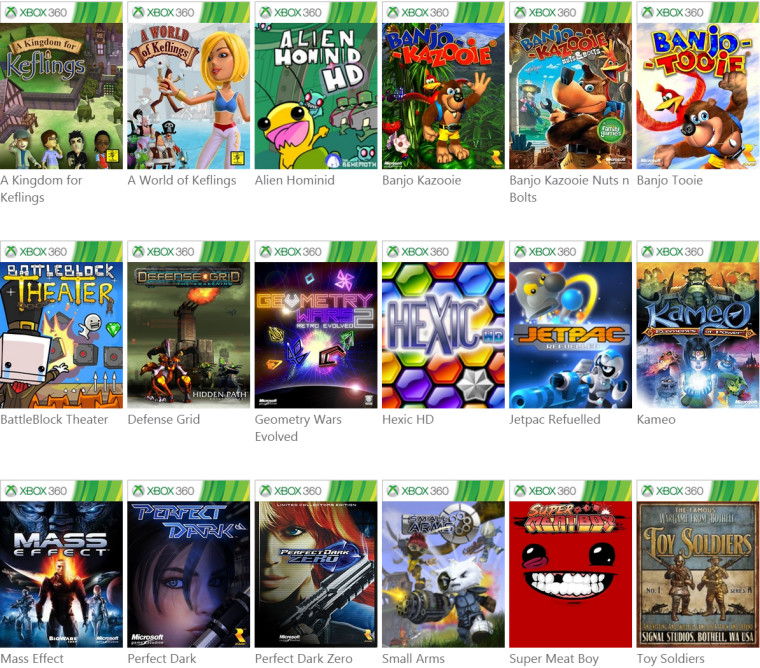 Microsoft caused quite some waves yesterday, when it made a surprising announcement regarding backward compatibility on the Xbox One, much to the delight of Xbox gamers and developers alike. Microsoft accomplished this by engineering an Xbox 360 emulator inside its latest console which will allow users to natively play physical and digital copies of the older games they own.

While Microsoft has promised that over 100 games will be available initially, with hundreds more added in the next few months, 22 Xbox 360 games are available for you to play right now, provided that you are an Xbox Preview member. These games include:

As can be seen from the list, most of these games aren't exactly block-buster titles, but it's still a decent indication of what we can expect to see from Microsoft over the next few months. As the company demonstrated at E3, these games can be played without performance issues and they perfectly utilize Xbox One features such as screenshots, game streaming and Game DVR.

Moreover, any games you own will be free to download digitally and even using physical disks, provided that you insert the disk into your console while playing the game. Along with a "new Xbox One user experience" reportedly planned for this week and the first major Xbox Dashboard revamp with Cortana and more, Microsoft has certainly got its work cut out over the next few months.