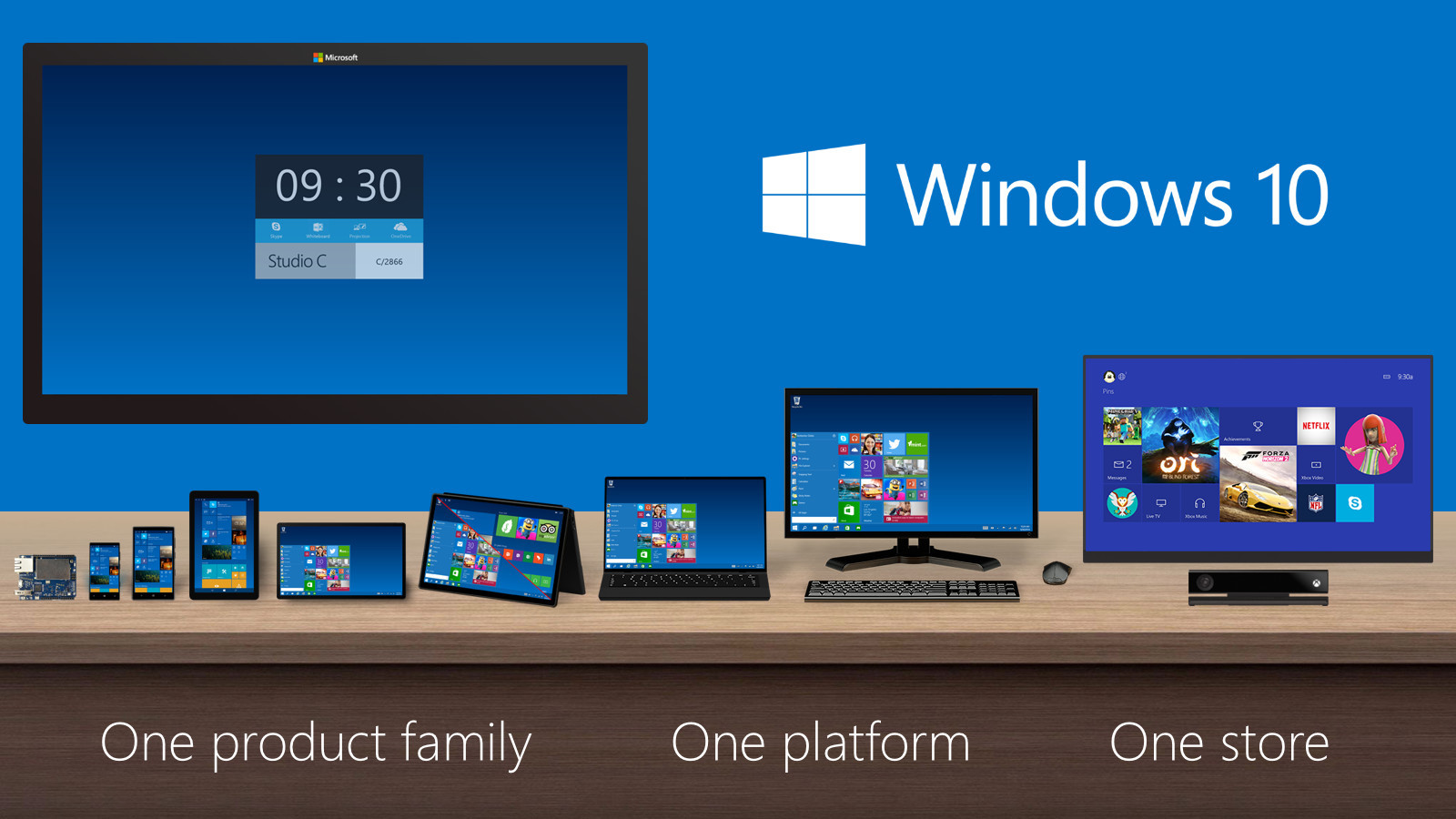 On April 2, it will have been two years since Microsoft first announced the idea of Universal Apps at Build 2014. Then, a universal app was a shared code base between a Windows 8.1 and a Windows Phone 8.1 application. Things have certainly changed since then.

Later that year, the firm announced the UWP platform. Now, a Universal App wouldn't be compiled into two packages; instead, it would be a single app that runs on phones, PCs, tablets, and IoT. It was promised to bring these apps to HoloLens and Xbox One as well.

But Microsoft isn't stopping there. This year, the platform once again evolves, bringing into maturity promises that were made last year and even making a few new ones. 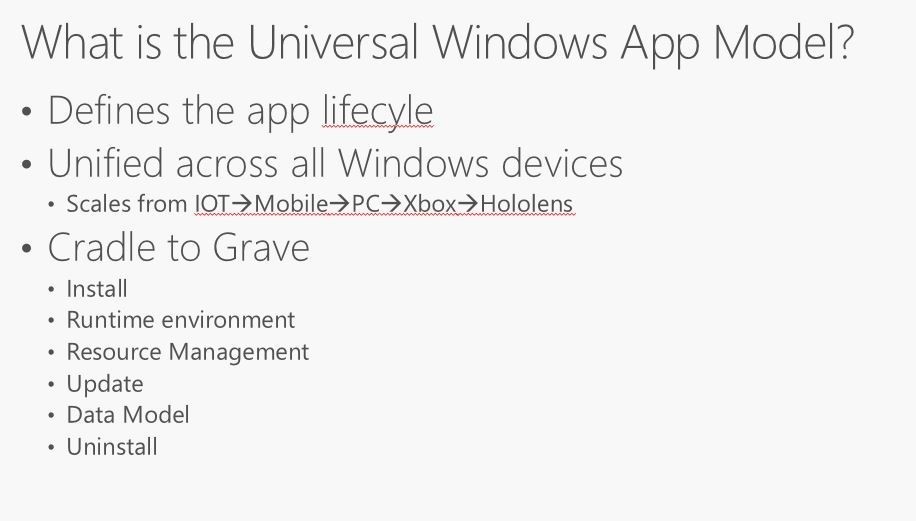 These are the key points that make up the model. There's a lot of hints at Project Centennial here, the bridge that ports a Win32 app to the Store. One important note is the ability to uninstall the app. As it stands, if you wish to uninstall a Win32 app, you must go into Settings and go through what could be a lengthy process to remove it.

Once that Win32 app has been converted to a UWP app, uninstalling it will be as easy as any other UWP app. That app also won't have spewed DLL files all over your system. 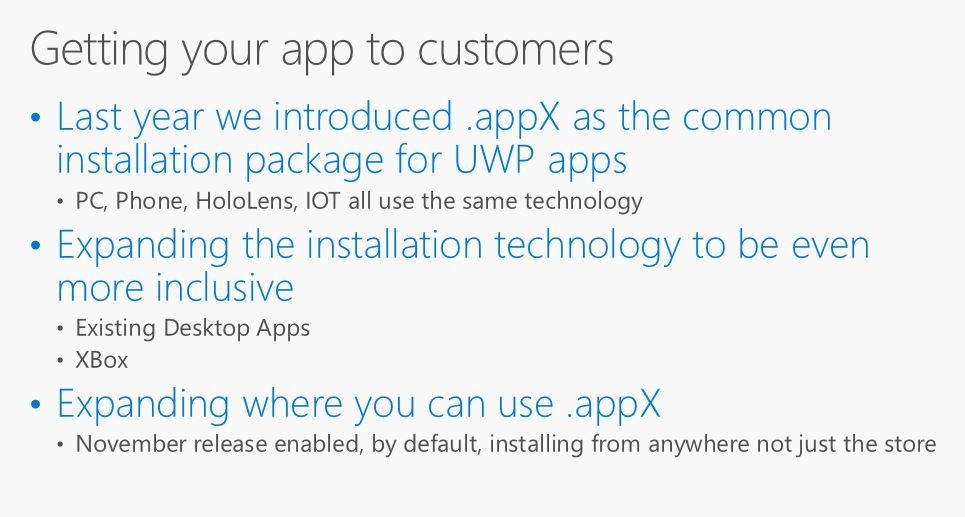 Of course, the installation process is important. With UWP apps, you don't have to pay attention while you're installing an app to make sure that it doesn't turn your default search to Ask.com.

Sure, you could have published an appX file on your web site and upon purchasing it, you can provide your customers with a list of steps to enable their device for side loading. As of the update to Windows 10 last November, side loading is enabled by default. 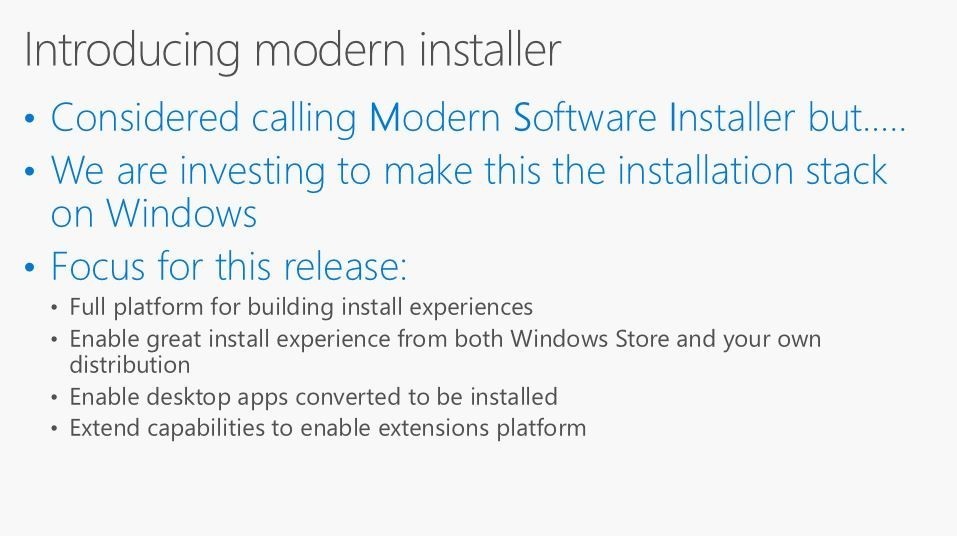 As you can see, UWP apps can also include extensions, so while a UWP app will be much safer than a standard Win32 app, it still has the same power and extensibility. 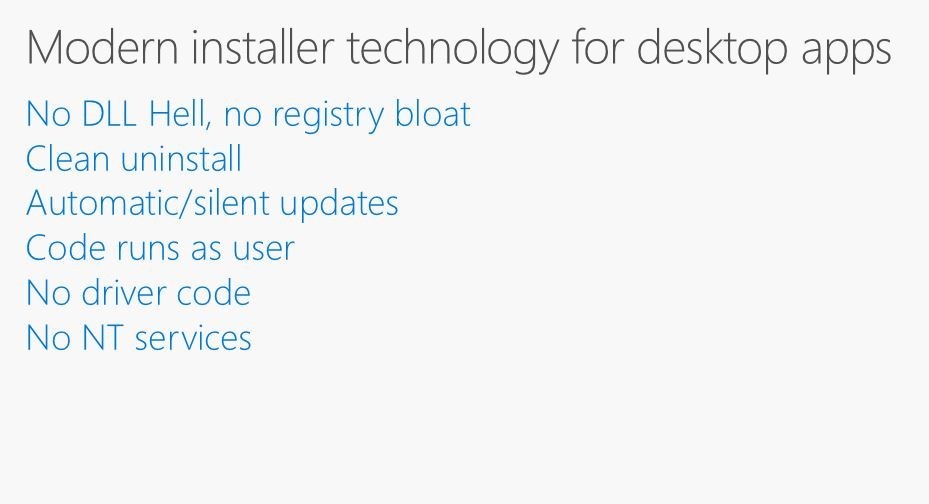 The issues noted above have been an issue on Windows for a very long time. Installing a Win32 application on a PC can spew DLL files all over the place, modify the registry, and add some bloatware if you're not paying attention.

What's even worse is that when you uninstall that app, many of those DLL files and registry changes stay behind.

This is the promise that Microsoft is making. All software can be available in a safe form that can be easily updated or uninstalled. You can buy it in one place and install it on any of your Windows devices.

You can watch the full video below.