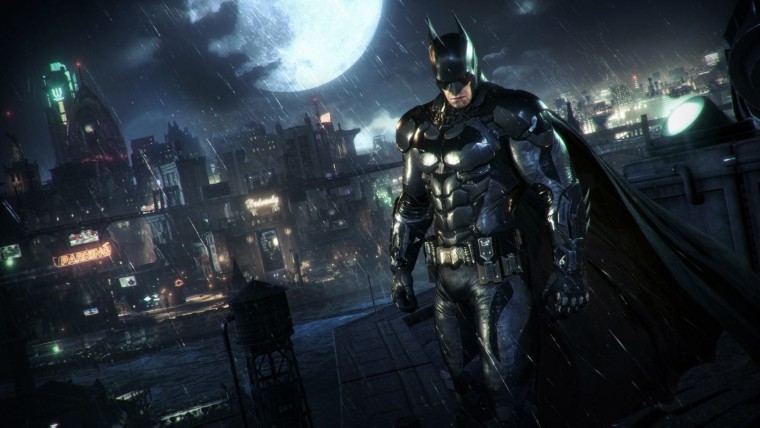 Last month's revelation that the Entertainment Software Rating Board (ESRB) had granted Rocksteady's next game, Batman: Arkham Knight an "M for Mature" rating shocked millions of fans worldwide as well as the game's developers. There was speculation that this rating was probably due to several dark themes and aspects portrayed in the game. Most people consider this game to be the most intense in the Arkham series which would depict Batman/Bruce Wayne at his darkest. Indeed, its predecessors had received no more than a "T for Teen" rating which made an "M" rating seem rather surprising.

Today, the ESRB has detailed the reasoning behind its rating of the game stating that:

WARNING: The rest of the article may contain spoilers.

This is an action-adventure game in which players primarily assume the role of Batman as he battles several villains spreading chaos across Gotham City. Players traverse a variety of locations around Gotham while battling thugs, examining crime scenes, and occasionally rescuing hostages. Players engage in melee-style combat using punches, kicks, and gadgets (e.g., batarangs, explosives). Enemies cry out in pain when struck, and some takedowns are highlighted by brief slow-motion effects and loud impact sounds. Some sequences allow players to use tank-like vehicles with machine gun turrets and rockets to shoot enemies; a vehicle's wheels are also used to torture an enemy in one sequence. Cutscenes depict characters getting shot (on and off camera) while restrained or unarmed. Large bloodstains/pools of blood appear in crime scenes and in the aftermath of violent acts; one room depicts a person torturing a character on a bloody operating table. During the course of the game, players can shoot unarmed characters and a hostage. Neon signs in a red-light district read “live nude girls” and “XXX.” The words “b*tch,” “gobsh*te,” and “a*s” appear in the dialogue.

It's quite noteworthy that the explanation also tells of a scene where "players can shoot unarmed characters and a hostage", this is extremely surprising because Batman is pretty well known for his refusal to use guns and killing people. This leads to two possibilities, either said scenes are not what they appear to be, or players can assume roles other than Batman as well, which is quite an entertaining possibility.

The scenes described in the rating also speak of "a person torturing a character on a bloody operating table" as well as the use of swear words which is startling on its own, because Rocksteady's founder, Sefton Hill himself stated that the game contained absolutely no "gratuitous blood or swearing." However, it is possible that the developers might have overlooked these particular scenes, because Hill clarified that the game hadn't been developed with the rating system in mind.

Batman: Arkham Knight is scheduled for a multi-platform release (PC, PlayStation 4 and Xbox One) on June 2 this year and will not be available to people below the age of 17 without assistance from an adult due to the "M for Mature" rating.