Heroes of Three Kingdoms has no qualms about what it is: a copy of Dynasty Warriors for iOS. It may be toned down a notch or two (although it probably doesn't actually need to be), but it's instantly recognizable to anyone who has ever played a Koei title – endless hordes of enemies, repetitive button mashing gameplay, combos, and horribly mangled Chinese names come together to form a historical travesty. Not that anyone ever played one of these games to learn about history.

Even though this title, by Korean studio Playbean, has flown under the radar so far, we were pretty excited by the gameplay, which looked like a good approximation of the polarizing love/hate gameplay of Koei's series. Sadly, it turns out that Heroes lacks a lot of what makes Dynasty Warriors great, and relies a bit too much on using the same (boring) environments over and over... and over again. Then one more time for good measure. 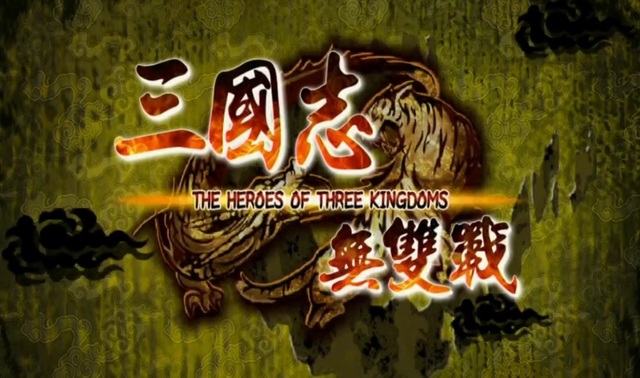 That's not to say that we're criticizing Heroes for being repetitive – like we said, it's not hard to tell that it's derivative of a notoriously repetitive series, but it doesn't manner to capture the player and hold them in by addictive gameplay nearly as well as the real thing. Sure, there are still hordes of enemies, albeit smaller hordes than we're used to, but the gameplay has been toned down way too much to still be fun, and we're really not sure why; Apple's latest hardware is more than capable of accommodating a more robust experience.

Whereas Dynasty Warriors aims for something closer to an open battlefield experience, Heroes of Three Kingdoms guides you along its path, pitting you against enemies that appear out of nowhere right before your eyes. You'll be tasked with getting to a certain location, or just defending yourself against a certain number of enemies, your objectives being delivered in semi-coherent Engrish by one of your generals (whose garbled names, one App Store reviewer points out, have been translated into Korean before being romanized). Normally that would count as criticism, but dialogue and story matter so little in a game like this one that we're not even going to hold it against it. 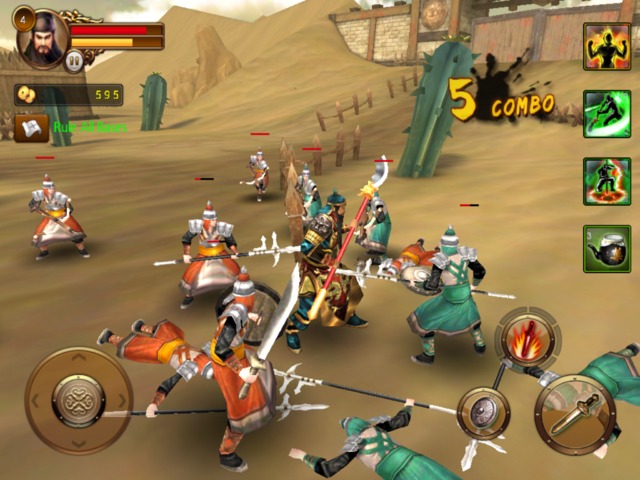 The same cannot be said about the game's unpolished feel, for the lack of a better term. Objectives and missions are half baked, and they tend to end before they have a chance to get started. On the very first mission, you'll be instructed to 'occupy all bases,' but the mission ends after you kill about 60 enemies and walk through a gate. So much for occupying.

Exactly how you are supposed to occupy something, though, is a little bit perplexing, since you're the lone fighter on the field. That's right – your army consists of you against the world. Sure, Dynasty Warrior's soldiers are about as useful as stuffed dummies, but they do at least make you feel like you're in a battle, and not just in it all alone. Presentation does matter. 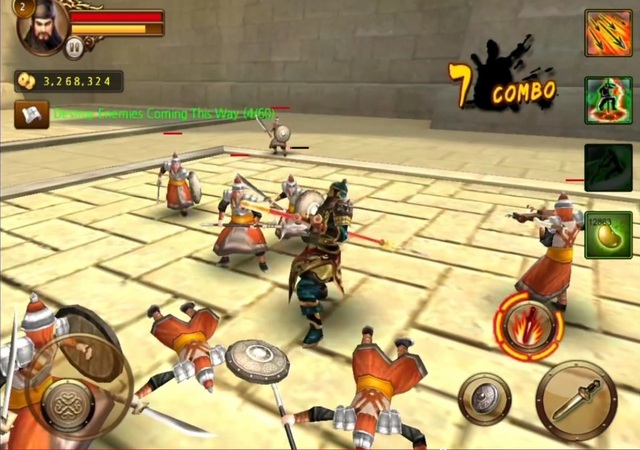 It's not all bad; it might be massively toned down, but it's a decent button masher (or screen tapper, in this case) if you leave any expectations at the door. Some of the characters look fairly decent, probably somewhere along the level of an early PS2 title, but the latest iPad and iPhone are capable of far more. If you're playing on the new iPad, you'll also notice that there are no Retina textures. The levels that actually try to recreate a battlefield look pretty good, too, but the game relies way too much on bland castle-based filler levels.

We are happy to report that Heroes does control quite well – playing on the new iPad, we didn't encounter any of the stutters some App Store reviews mention. Everything was responsive and fairly ergonomic. 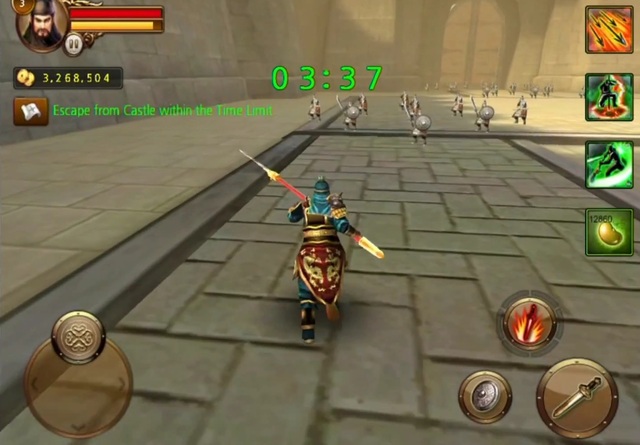 So, is it worth $3.99? As usual, it depends; if you're a huge Dynasty Warriors fan, you might be able to enjoy what Heroes of Three Kingdoms has to offer while you're waiting in the dentist's office, but it's not going to be something you're going to get engrossed in. For everyone else, you'll probably be better off waiting until Koei releases a real Dynasty Warriors title and hopefully manages to do a better job of translating the gameplay to iOS. As it is, it looks like Playbean got a little bit overly ambitious and tried to make what could've been a decent game last longer by reusing the same filler levels over and over.