Trend Micro has published the source code of its free anti-malware tool, HijackThis (HJT), on Sourceforge under a GPLv2 licence. Trend Micro says it will be maintaining the original source code but also incorporating modifications from the community.

HijackThis creator, Merijn Bellekom, said that "this means that other people can build on a solid base to create or improve their own anti-malware tools". Bellekom's anti-spyware tool was acquired by Trend Micro in 2007 and is used by many anti-spyware communities. 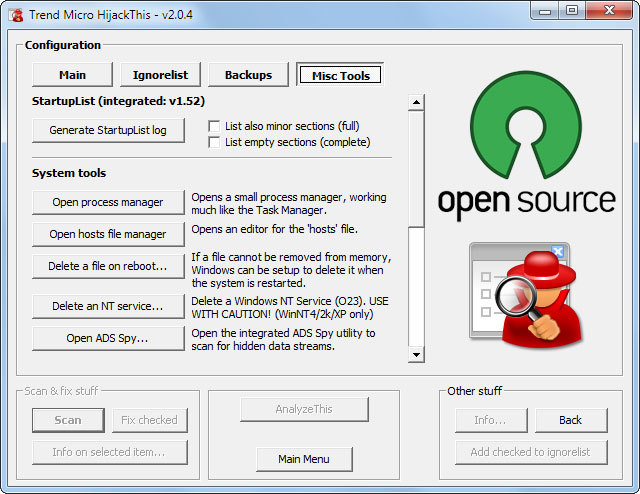 The Visual Basic based tool scans the registry and startup items on Windows PCs for evidence of infection by malicious pests. It then compares its results with entries for a known-clean environment and creates a report. The user, though, gets to decide on the basis of that report whether their configuration is good or not. There are a number of forums where users can submit their HJT logs and ask other users for their assessment. HJT can also remove items of concern and includes a number of tools to assist manual malware removal.

Sourceforge hosts the HijackThis project and includes downloadable binaries of the application as well as the source.