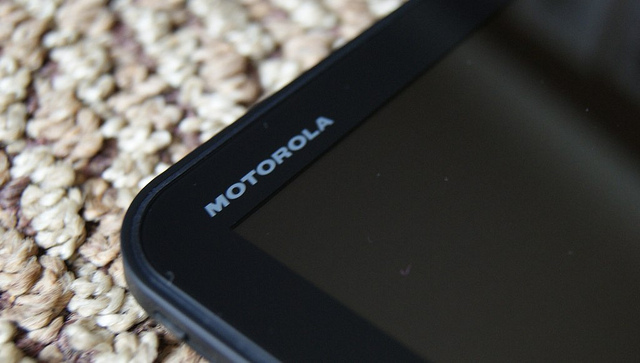 The Motorola Xoom is the tablet many hoped would finally be a strong competitor to Apple's iPad. But the product came with some flaws that consumers are not able to overlook. As we noted in our review of the tablet, the Xoom's sleek body, good battery life, and solid hardware specifications make it a great contender in the tablet wars. However, the Xoom's biggest hindrance is its software - Android 3.0, nicknamed "Honeycomb." Hardware appears to be only a slim portion of the equation towards market success. The software experience is king, and it is reflected by the Xoom's slow start in the market. This response has reportedly caused other manufacturers releasing Honeycomb tablets to scale back their ambitions of bringing their own tablets to market.

As DigiTimes reports, while the reasons behind the Xoom's lukewarm response were partially attributed to Motorola's brand image and the pricing of the Xoom, the other reasons lay fault to Google - an insufficient amount of applications for Android 3.0 and the unstable performance of its operating system. According to the report, Google has failed to offer sufficient support to its partners deploying Honeycomb, thus forcing two prominent Taiwanese companies to delay their tablet launch plans.

ASUS has reportedly postponed the launch of its 16 GB Eee Pad Transformer tablet to the end of this month and the 32 GB version will follow next month. Similarly, HTC will launch its Flyer tablets sometime in the second quarter, although part of the reasoning behind HTC's delays is its slow purchase of touch panels.

In the meantime, Motorola has supposedly only sold 100,000 Xoom units since its launch. In comparison, the iPad had a million units sold in its first month on the market. Perhaps Motorola is focusing more on the Xoom's successor, which should be released at a time when the issues surrounding Honeycomb are likely to be ironed out thoroughly.