As many users know, not all Windows Phones are equal. It's not just hardware we're talking about either - although that of course plays a fundamental role in differentiating handsets from one another. Software features can vary too between manufacturers (with the Nokia Lumia range doing especially well on that front).

But two identical handsets running the same version of Windows Phone can still have key differences, thanks to various restrictions in the OS, some of which can be imposed by Microsoft itself, as explained in documentation seen by Neowin. 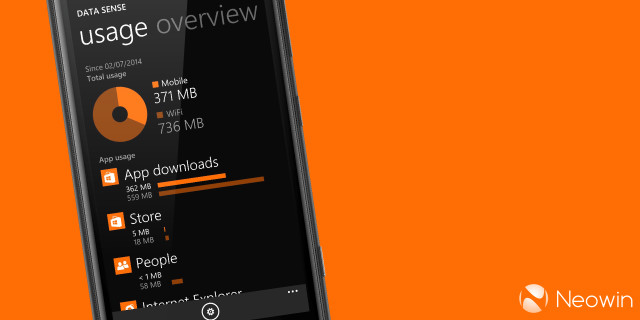 Before we get into that, it's important to understand a bit of context to feature limitations on Windows Phone. Data Sense is an obvious example that springs to mind. This feature - designed to help users track and manage data usage on their handsets, including per-app monitoring - was announced in October 2012, and was said to be launching first on Verizon Wireless. When the Windows Phone 8 GDR2 update was released, Data Sense became available to all, but still some carriers continued to block it from use.

Carriers have been blocking features and updates for some time, of course, but a further factor that impacts on availability of some features is geography. Microsoft's new mobile digital assistant, Cortana, is currently available only in the United States, despite handsets now being sold with Windows Phone 8.1 in markets around the world. Cortana will launch in the UK and China this year, but other parts of the world will have to wait longer. 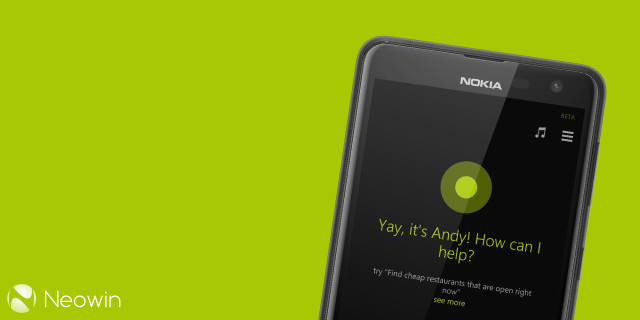 But Cortana is a work in progress; its availability is restricted by the need for further development to make the product work as customers expect in the markets that it will eventually reach. Indeed, in many cases - as detailed on WindowsPhone.com - availability is simply a matter of time rather than forcible restriction.

But beyond the annoying limitations of carriers and the realities of software development, there is a further mechanism that can - and in some cases, does - restrict the availability of certain Windows Phone features in particular markets. Documentation seen by Neowin, shown to us by a source at one of Microsoft's hardware partners, describes how OEMs must comply with "Embargos" set by Microsoft, which may prohibit or restrict distribution or announcement of certain features within the Windows Phone OS.

For example, on WindowsPhone.com, Microsoft says that Wi-Fi Sense - a feature that allows users to automatically connect to wireless networks, and share Wi-Fi details with trusted contacts - "is not available in the following countries/regions: Bangladesh, Brunei Darussalam, Indonesia, Singapore, Taiwan and Thailand."

The documentation shared with us reveals that this is not simply a case of Microsoft stating that the feature is not available there yet; rather, this is an example of an embargo which Microsoft contractually enforces upon Windows Phone manufacturers.

The same document states that the "Company [the OEM] must comply with all requirements and applicable restrictions... MS may set Embargos on releases of Product [the Windows Phone OS], including Supplements [updates]. MS may place Embargos on distribution of the Product itself or on specific features or components, and an Embargo may restrict distribution of the Product or specified Product feature or component, based on aspects such as Mobile Operator, language versions or geography."

Our sources indicate that Microsoft may choose to impose embargos to enforce legal compliance in certain regions - i.e. where the law may prevent a certain feature being used - but that it may also do so for what some might view as less crucial reasons. One hypothetical example cited to us was that Microsoft might "bend to the will" of a major carrier or retail group, to force OEMs to remove a feature from Windows Phone in a particular market or region that that particular partner finds 'undesirable'. 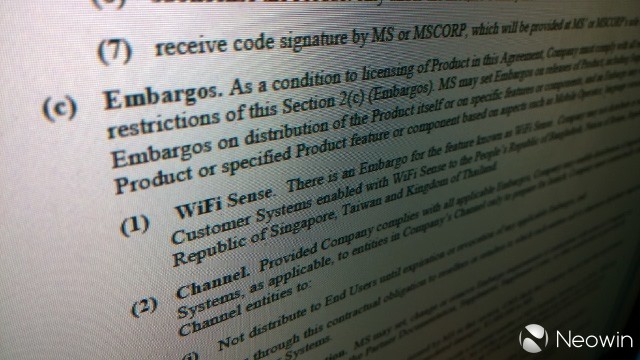 The documentation also states that "MS may set, change or remove Embargo requirements or restrictions" as needed, providing notice to the OEM "Company" whenever it does so.

The penalties for failing to comply with an embargo mandated by Microsoft are high. The documentation states that "for each Embargo issued by MS... if MS finds that Company has not met the requirements outlined in this section, Company will pay, as liquidated damages, $5,000,000 to MS."

However, it is our understanding that Microsoft does not regularly issue these mandates, and that the decision to remove or partially disable a feature in Windows Phone is generally left to the discretion of the carriers and OEMs themselves, rather than as the result of an edict from Microsoft.

Nonetheless, it's interesting to know where some of the power ultimately lies in the company's relationships with its hardware and retail partners.