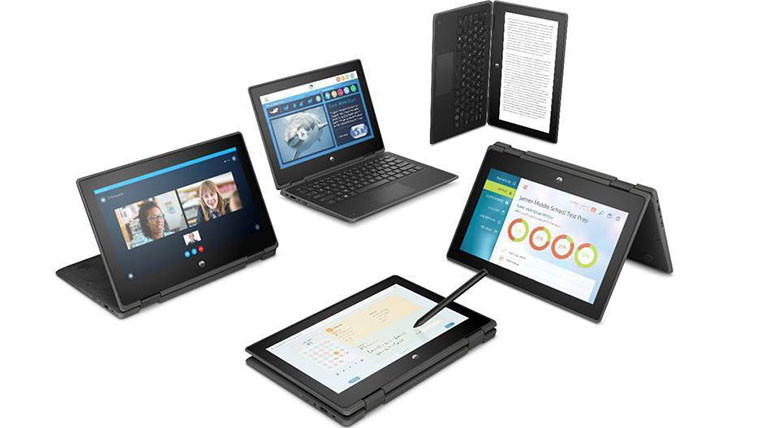 HP announced a couple of new convertibles for the educational space, including the ProBook x360 11 G5 and G6 Education Edition. While it's a bit odd that the company is announcing gen-five and gen-six of a product at the same time, one interesting thing about the G6 is that it's one of the first PCs to use Comet Lake Y.

Comet Lake is the 14nm side of Intel's 10th-generation lineup, as opposed to the 10nm Ice Lake. What's different this year is that they're quad-core instead of dual-core, and they're 7W instead of 5W, so there should be a solid performance boost over last year's Y-series machines. The G5 is still using Intel Celeron and Pentium Silver processors.

Being that these laptops are made for education, they're meant to be pretty durable, passing 13 MIL-STD-810G tests. The keyboard is spill-resistant, the power port is reinforced, and it can handle a 122cm drop.