HP's new Envy x360 13 is a fantastic PC. Seriously, for something that costs under a thousand dollars, this absolutely has to be the best that I've used. Everything about it kind of blows me away, from the AMD Ryzen 4000 processors that clearly beat their Intel competition to a stellar keyboard.

The Envy lineup is meant to be premium, but a step below the Spectre lineup. The thing is, I'd expect a lot less for $799, mainly because a lot of companies scale down on features just to differentiate between the high-end and the flagship. That's not what's happening here. It doesn't feel like HP arbitrarily held anything back. The Envy x360 13 is 100% premium.

It was about a year ago at this time that I was reviewing the Envy 13, a clamshell successor to this model. I'm going to say the same thing about the design that I did then. It borrows just the right elements from the Spectre, with clean and minimal surfaces and edges, adding the right touches of flash in the right areas. 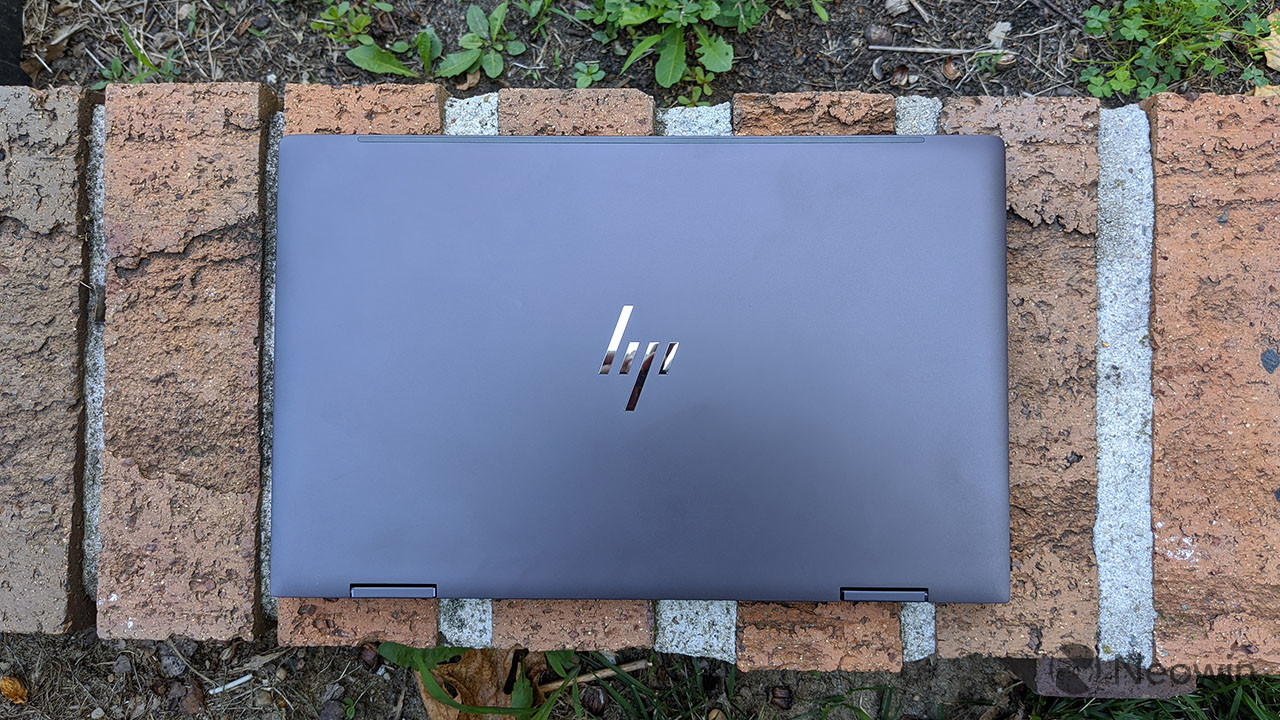 The color of the Envy x360 13 is Nightfall Black, unlike last year's Natural Silver clamshell that I reviewed. Also, unlike the Nightfall Black Spectre x360, it doesn't have copper-colored accents. This is more of a solid-color design, and Nightfall Black is a prettier shade of gray than it sounds. I'm pretty sure that HP used to call this Dark Ash Silver, but of course, it's just as much silver as it is black. 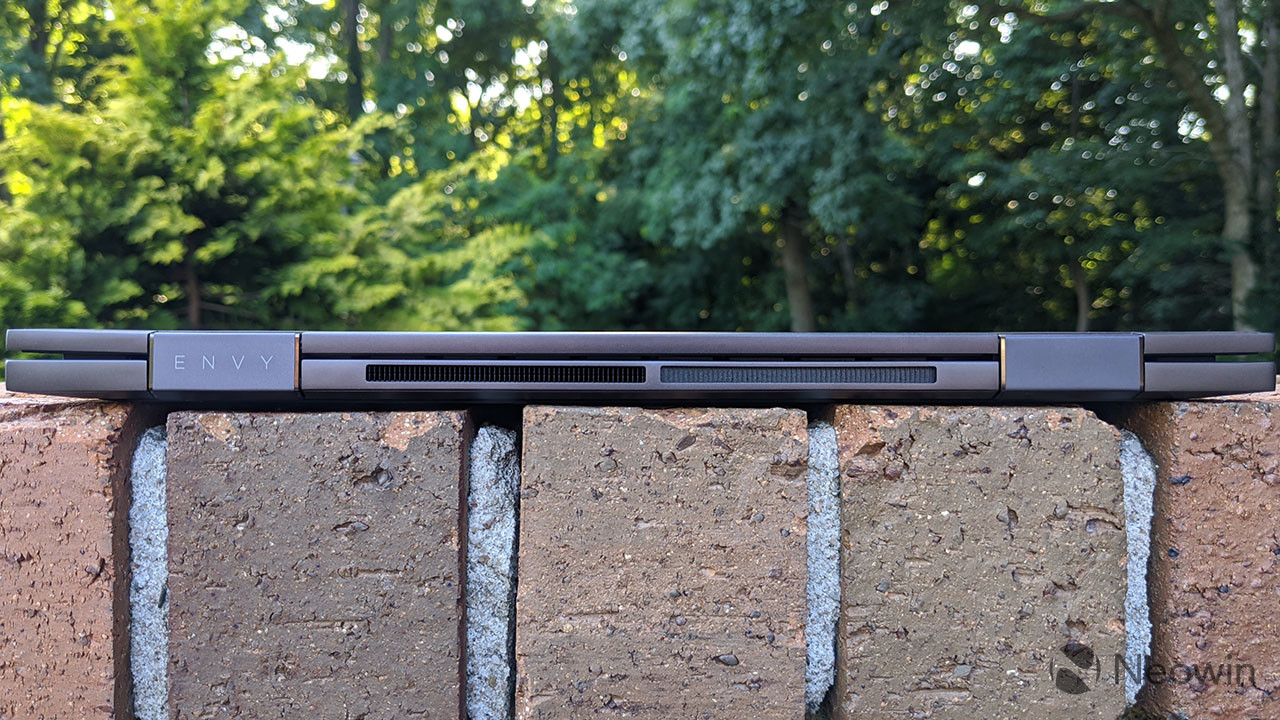 The lid is stamped with a chrome-colored HP logo, and the rest of the accents are a darker black. For example, that's what you'll find on the borders of the hinges.

It's also thin, light, and it fits in a small footprint. It weighs in at just over 2.9 pounds, which is pretty light for an aluminum convertible, and it's about 0.65 inches thick. It feels like a perfectly portable PC, but that leaves me disappointed that there's no 4G LTE option. I have no idea why there wouldn't be one, as HP just sent me a Pavilion x360 with cellular. Either way, it's not there, and that's a bummer. 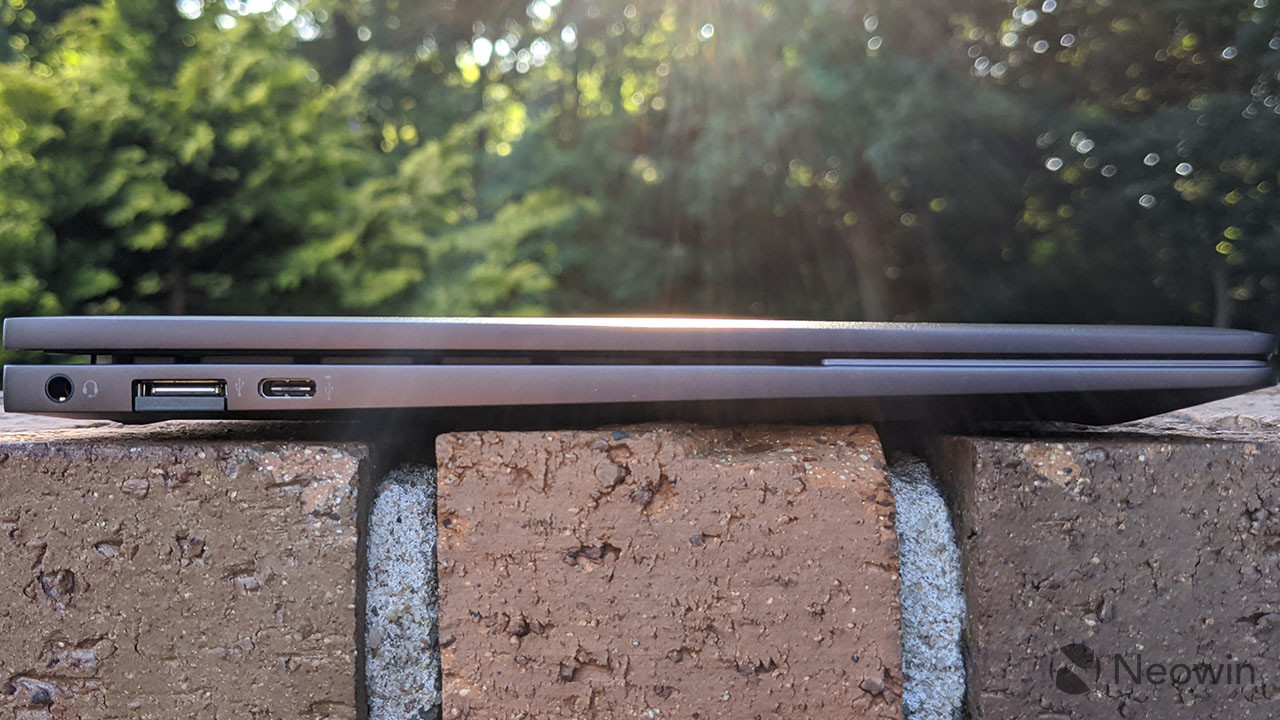 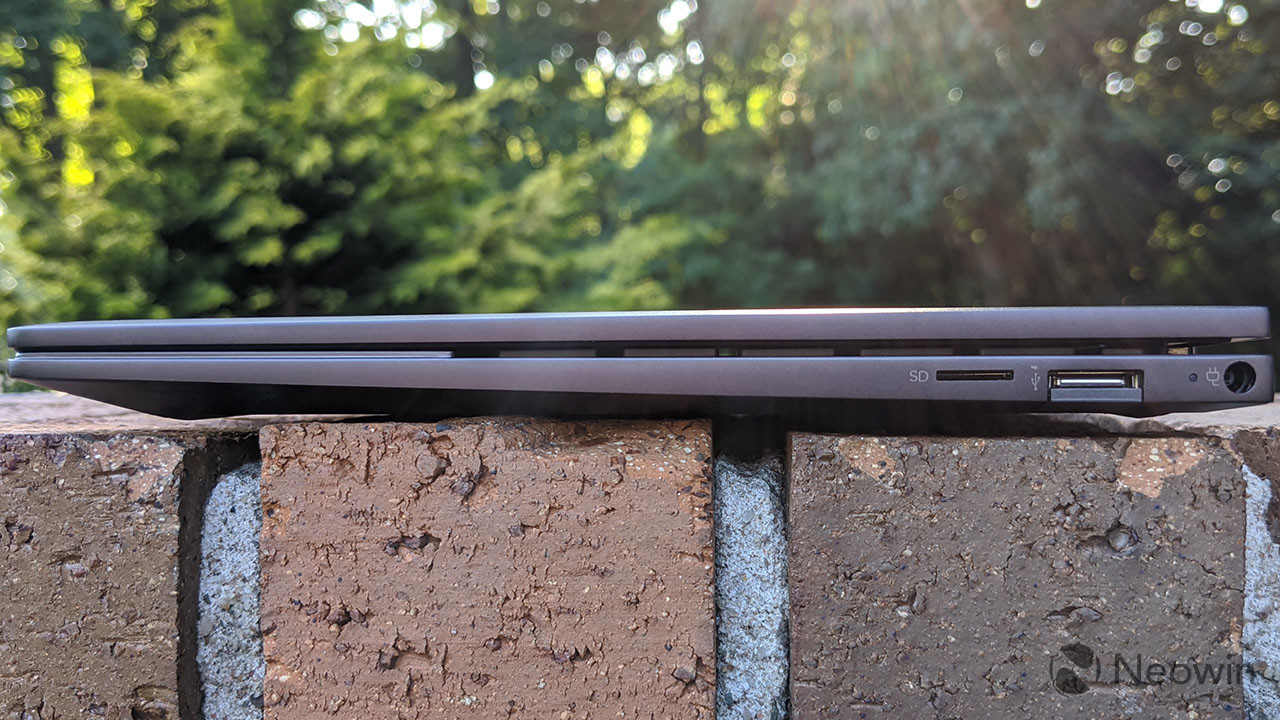 On the other side, there's a pin charger port, USB 3.1 Gen 1 Type-A, and a microSD card slot. Yes, it does have a pin charger, but the good news is that you can easily use any USB Type-C charger.

The HP Envy x360 13 packs a 13.3-inch FHD display with 400-nit brightness, and it sure gets the job done. A lot of the laptops that I've been reviewing lately have been between 250 and 300 nits, so it was really nice to be able to use something that's a bit better for outdoor use. The screen is still glossy, but it's bright enough to be seen. 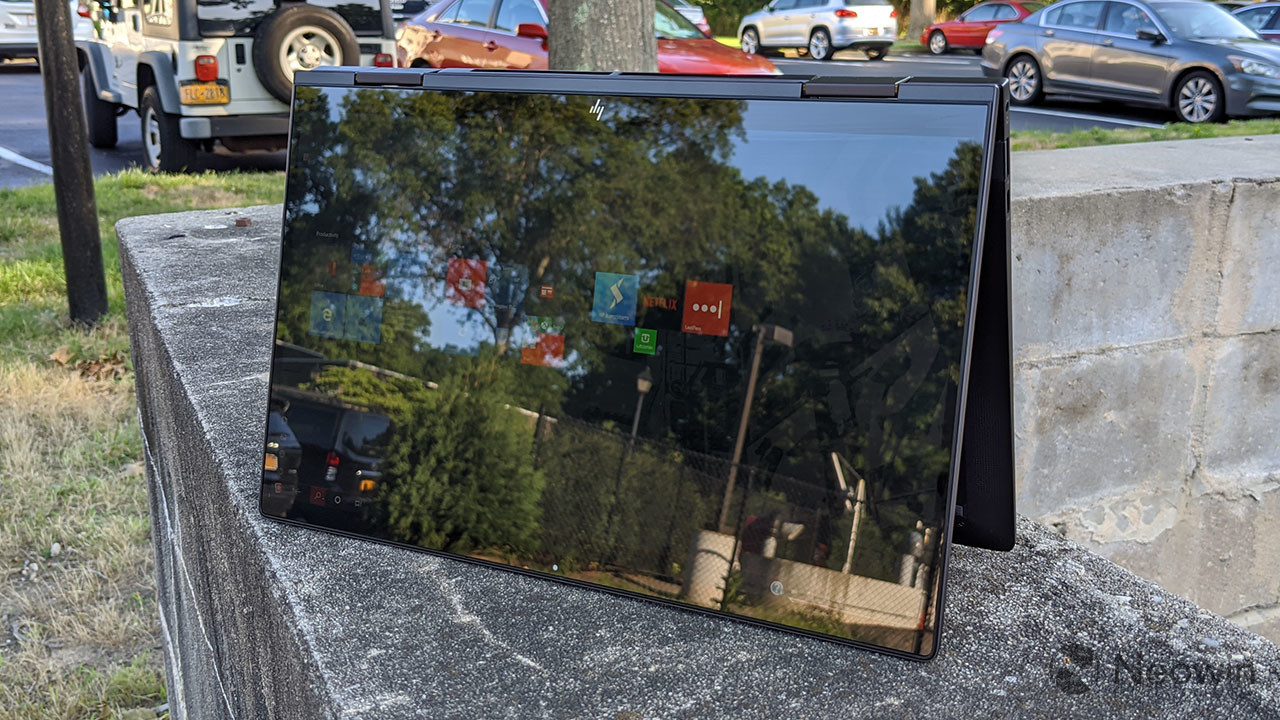 It's also just an all-around premium display. 1080p is just fine at 13.3 inches, and the colors are vibrant and accurate. The viewing angle seems to be a full 178 degrees, allowing you to view it from any angle without any visible distortion. There's a lot that I like about this screen, but the main thing is what I said right from the beginning, that it's brighter than others that I've been reviewing. 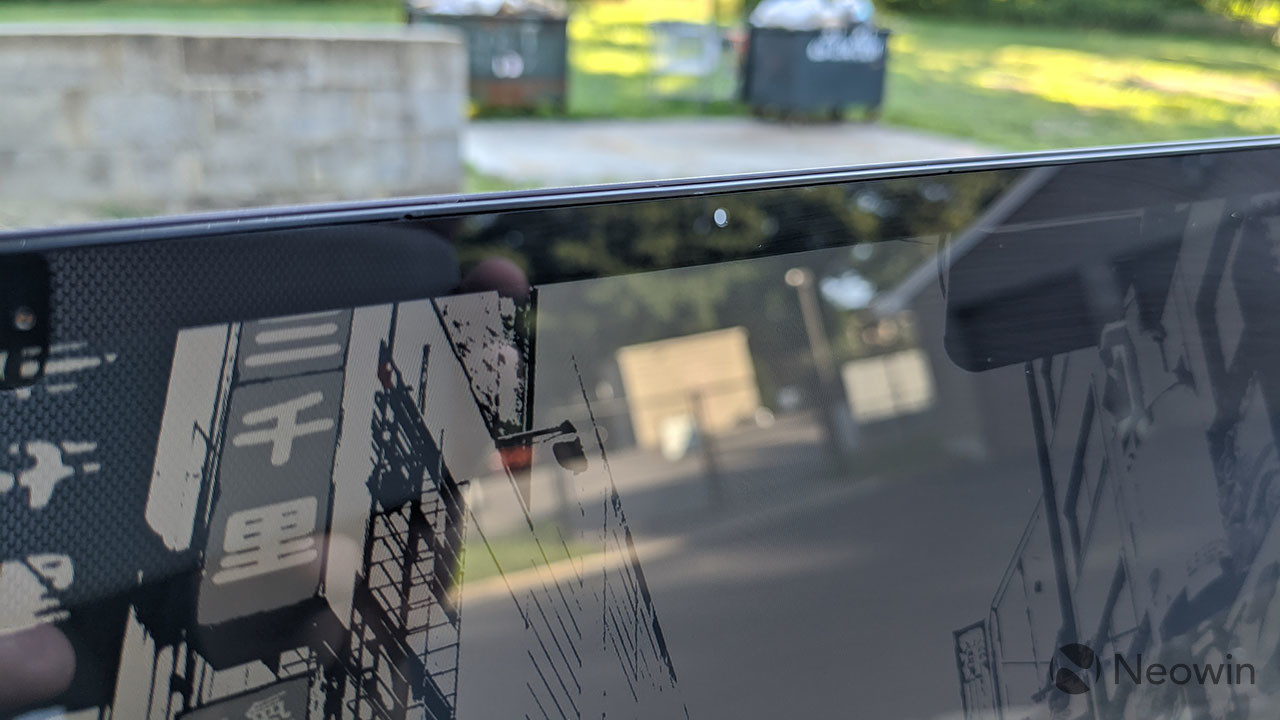 The bezels around the screen are, predictably, larger than you'd find on the Spectre x360 and smaller than you'd find on a Pavilion. Overall though, they're pleasantly small, with HP notably chopping down the chin from previous generations (reduced by 50%). The top bezel includes a webcam with a privacy guard, although there's no option for an IR camera.

The Bang & Olufsen speakers are located on the bottom of the chassis, taking a queue from the most recent Spectre redesign. On both the Envy and Spectre lineups, speakers used to be located on the keyboard deck. Audio quality is still solid, with surprisingly loud volume, but unfortunately, it's not quite as loud as it used to be. I think you'll be satisfied with it though, as these speakers are still easily louder than the ones on most laptops that are on the market.

The keyboard on the Envy x360 13 shouldn't be this good. If I'm not mistaken, it's the same keyboard that HP has been using on its Elite business laptops, which are the best around. I've written about this in several Spectre reviews, but it always boggled my mind that the EliteBook keyboards were so good and the Spectre keyboards were just good. 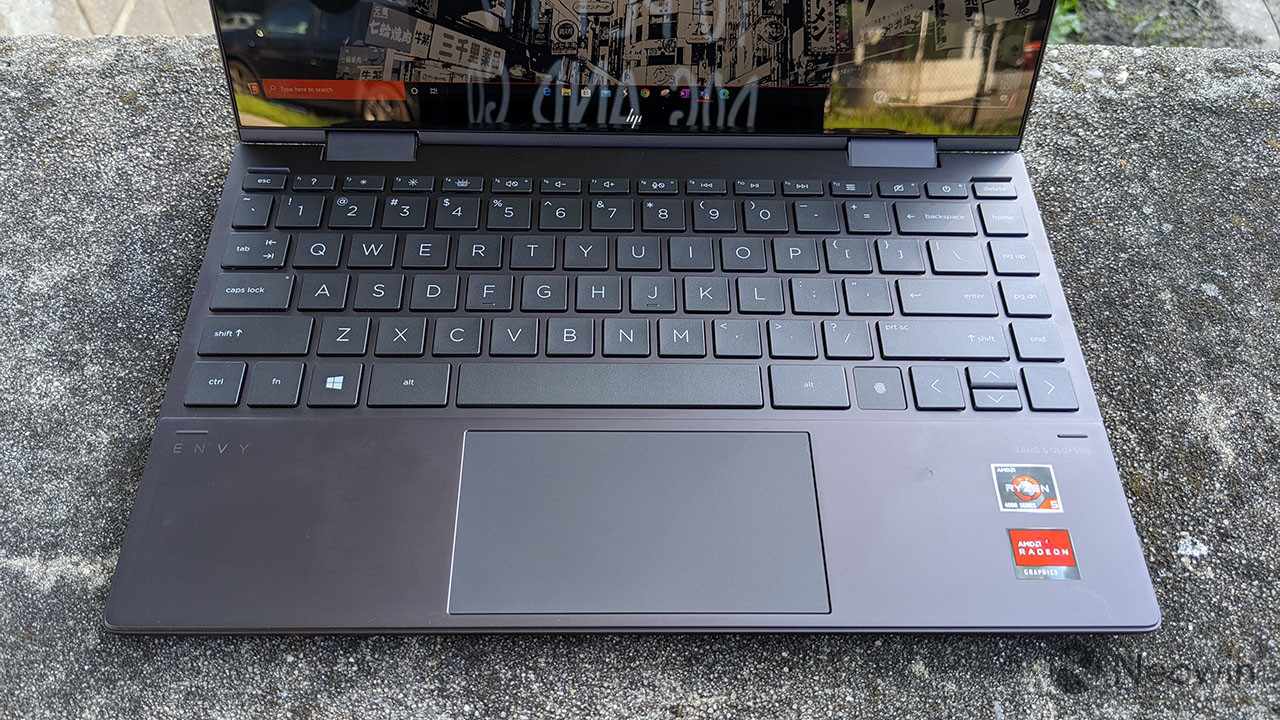 This might be the best keyboard that I've seen on a consumer laptop. It's comfortable, it's accurate, it's not too shallow, and it's not too deep. Frankly, it's precisely what put the Envy x360 over the top for me. A keyboard like this is great in a flagship laptop like a Spectre, an EliteBook 1000, a Dell XPS, or a Lenovo ThinkPad X1, but in something that costs under $800, I'm sold. 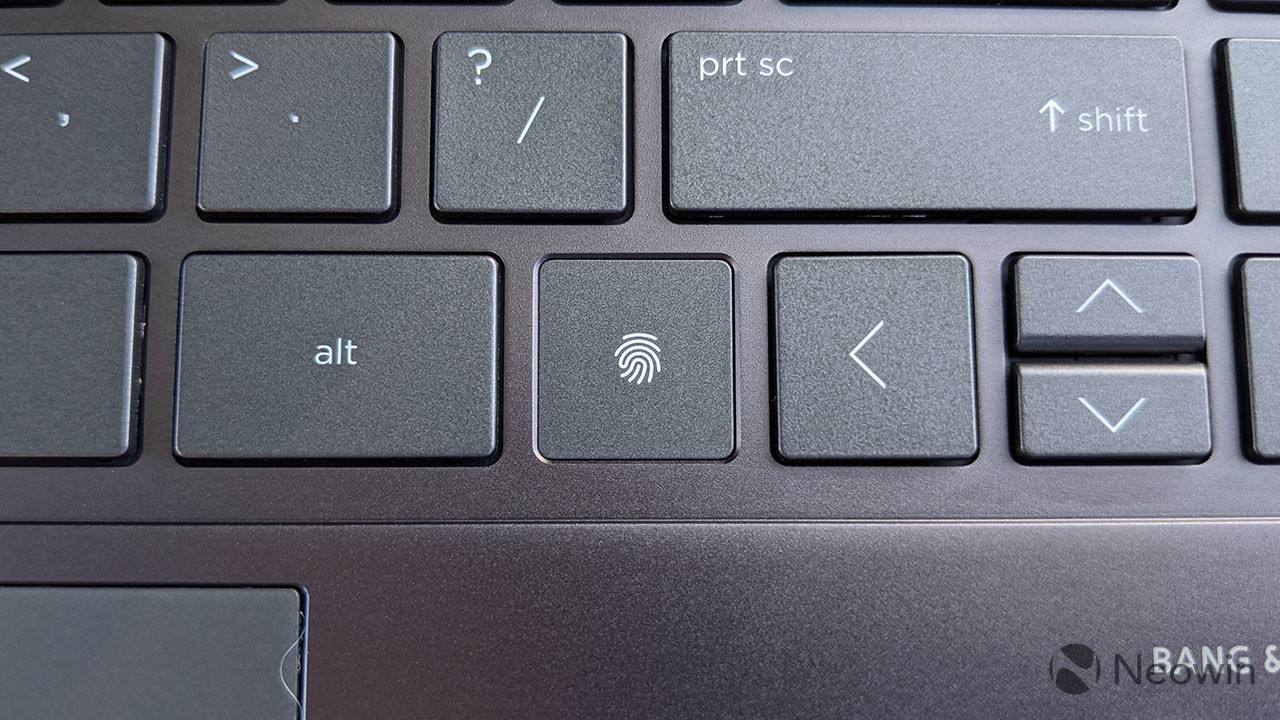 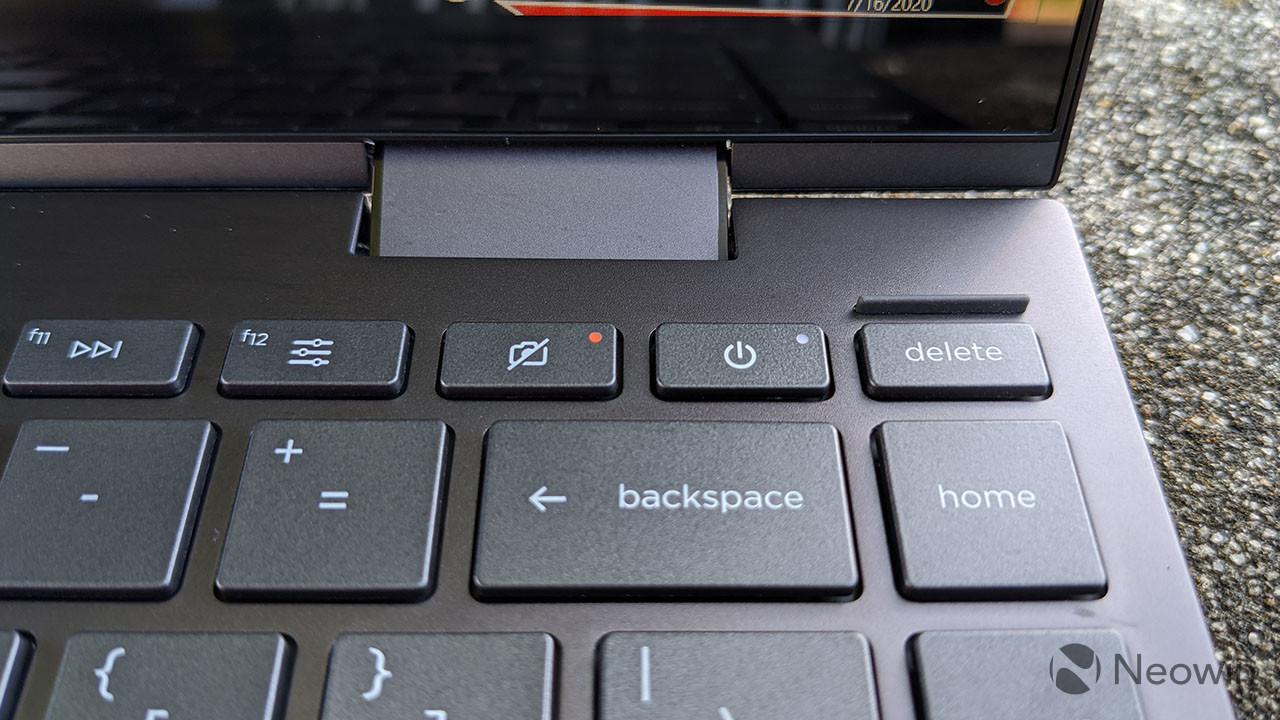 Also located on the keyboard are power and camera guard buttons. The camera guard button flips a physical block over the camera, and it also seems to disconnect it internally, as it's no longer shown in Device Manager. Presumably, HP chose to add a physical guard just so the user can actually see it being blocked. With the last Spectre x360, the camera was disconnected internally, but I assume some users were still skeptical about it since there was no visual proof that it was disconnected.

The clickable trackpad is pretty solid, using Microsoft Precision drivers. That's worth noting too, because while you'd think that every modern trackpad uses them, HP didn't until recently. That means that not only is it fast and responsive, but it also supports proper gestures like pinch-to-zoom and two-finger scrolling, in the same way you're used to.

Another thing that won me over about this PC is its AMD Ryzen 4000 processor and the performance that that brings with it. This is the second laptop that I've reviewed with Ryzen 4000, and only the fourth with any kind of Ryzen. But unlike with Ryzen 2000 and 3000, this is the first time that I've felt confident that AMD actually has a leg up on its competition. 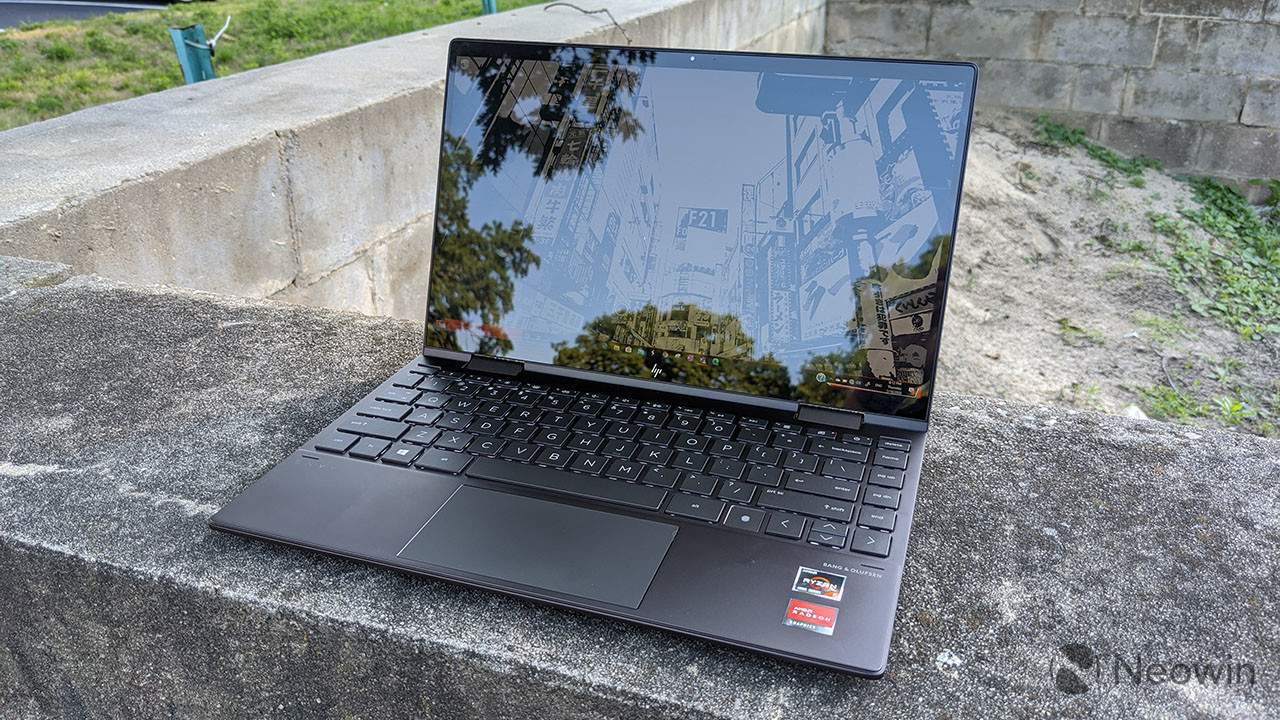 The Envy x360 13 that HP sent me has a Ryzen 5 4500U, a hexa-core processor with six threads that's built on a 7nm process. There's a lot that's good here. Intel's mobile Core i5 processors are either 10nm for Ice Lake or 14nm for Comet Lake, and Comet Lake only exists because Intel couldn't produce enough 10nm chips after years of delaying it. Intel also has to turn down its clock speed to get there, although it did include Iris Plus Graphics (AMD obviously has Radeon), and while all of those chips are quad-core, they're hyper-threaded so they have eight threads.

But as for what all of that means in terms of real-world performance, well, it means that the Ryzen 5 4500U beats any Core i5 U-series out there. In fact, when I reviewed the Lenovo Flex 5, which had the exact same CPU, I found it more comparable to a Core i7.

As far as battery life goes, it was great, and this is an area that HP always excels in. I was actually able to get over seven hours of work done without a charge, and that means general work in the Chrome browser. You can, of course, use this for photo editing, video editing, programming, and more, but I didn't do any of that during battery testing since that's not the common use case for this type of machine. Also, you'd probably want 16GB RAM (frankly, everyone should get 16GB RAM), and the unit that HP sent me had 8GB.

HP makes great laptops. The Spectre x360 is my favorite one on the market, with its OLED screen, tiny footprint, angled edges, and accent colors. It's the type of PC where when you turn it on, it returns the favor (just in case you don't get the reference, it's a Cadillac commercial).

The Envy x360 13 is my new favorite when it comes to a PC that costs under a thousand dollars. It has one of the best keyboards around, it's thin, it's light, it's sexy, and more. 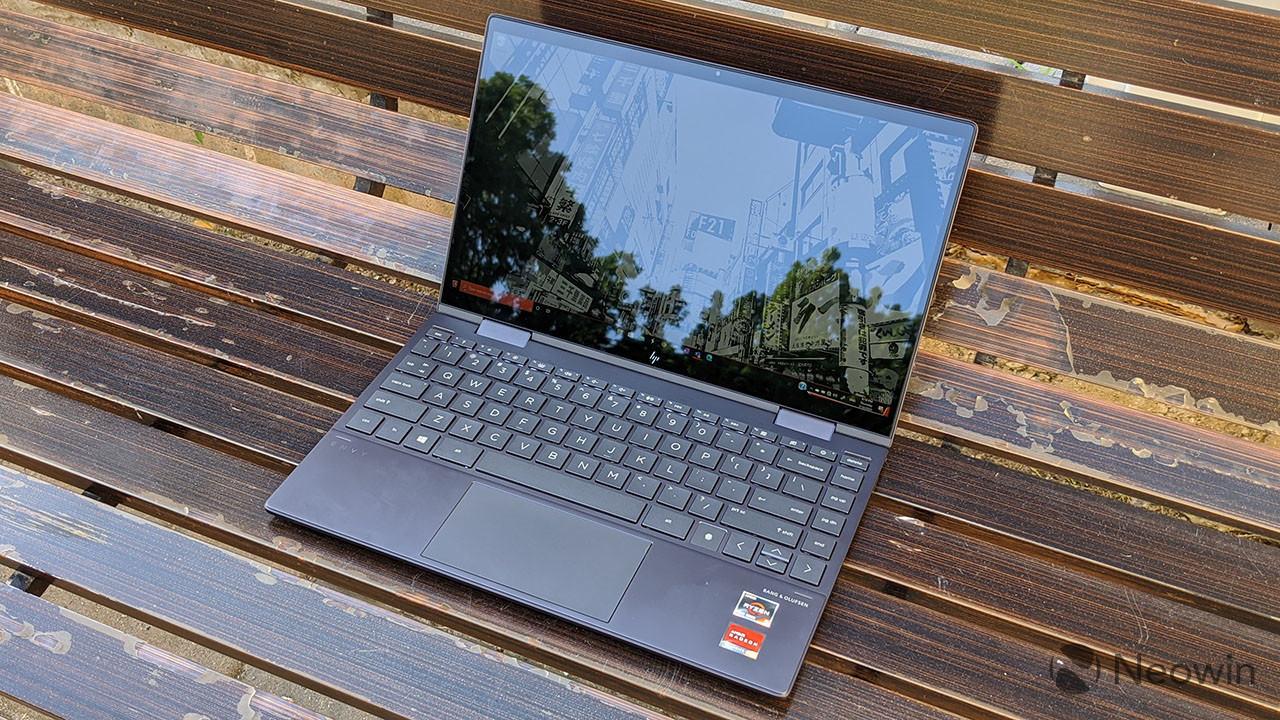 Sure, there are a few things missing, such as an LTE option that's present on both the premium Spectre and mid-range Pavilion lineups. There's only one USB Type-C port, something that could cause some limitations for display output if you've got two 4K screens. And of course, I have to point out that it doesn't ship with the pen.

But then, of course, there's the AMD Ryzen performance. Since we can easily compare the Ryzen 5 to an Intel Core i7, that already means that you're getting a lot more for your money here. In fact, if you went all-in and got the Ryzen 7 unit, that still comes in at under a thousand dollars and comes with 16GB of RAM.

That's actually the unit that I'm going to recommend. For $799, the unit that HP sent me is a great deal, but 16GB of RAM just puts you in a better place, and it future-proofs your PC a bit more. Considering that it's still wildly inexpensive for something that feels so premium at under a thousand dollars, I say go for the Ryzen 7 4700U with 16GB RAM. 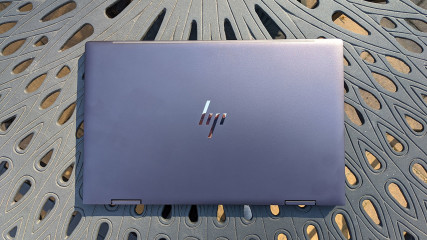 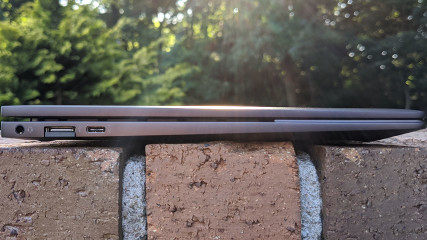 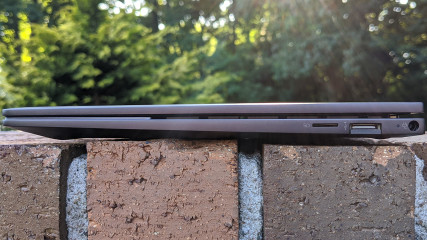 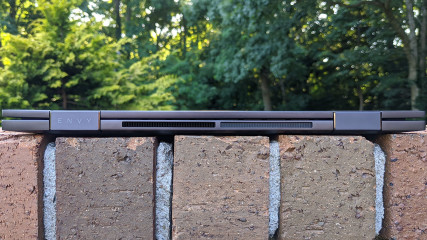 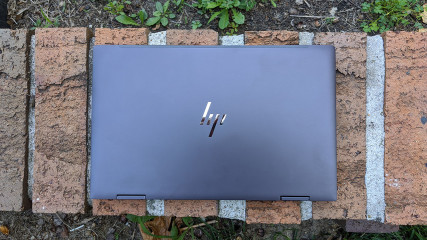 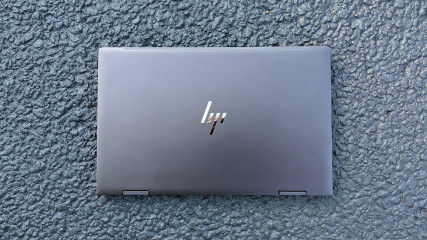 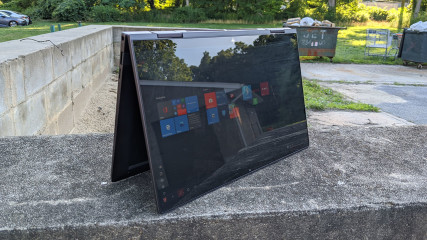 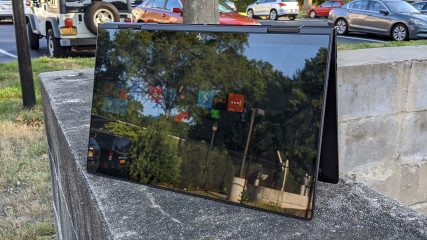 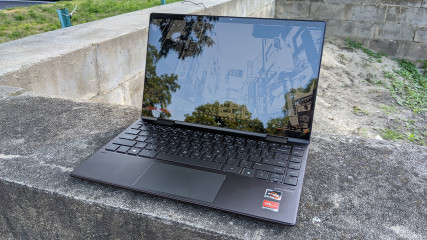 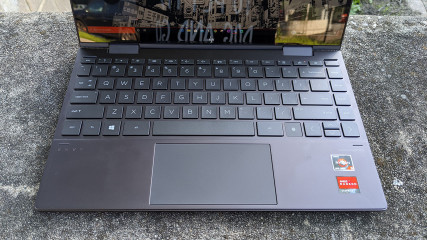 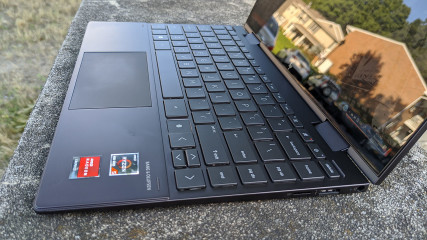 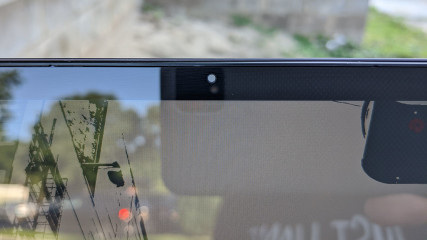 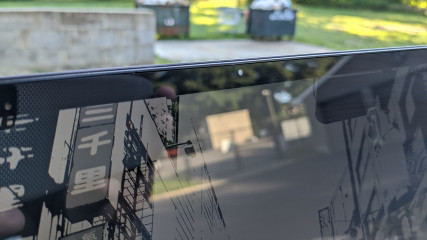 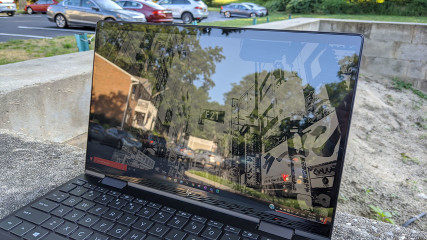 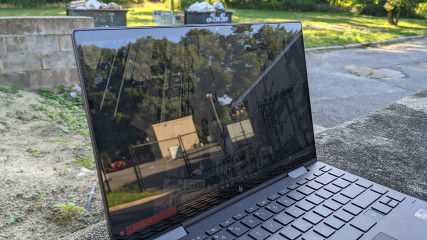 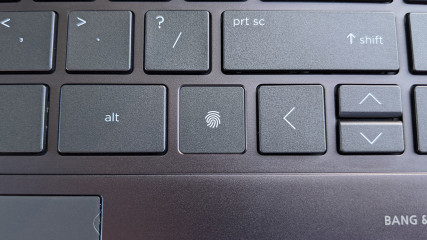 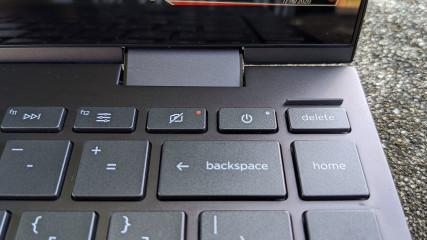 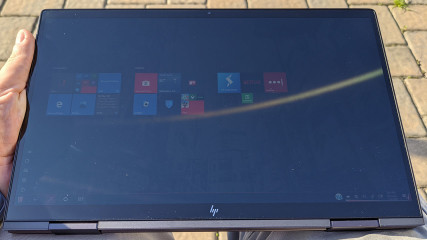 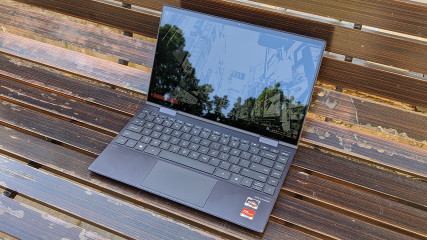