Anyone that knows me knows that I love 4G LTE in PCs. It's 2020; things should be connected to the Internet all the time. I applaud Windows on ARM PCs, because they have cellular modems integrated into the chipset, and it frustrates me that Intel PCs charge a premium for cellular.

The HP Pavilion x360 14 tells a different story. Sure, 4G LTE costs a bit more, as it is an Intel PC, but even with LTE enabled, it only costs $699. In fact, it's the least expensive cellular Intel PC that I know of.

But of course, that's not all there is to the Pavilion x360. It comes with Intel Ice Lake processors, a premium build quality, top-firing B&O speakers, and more. You can get it in Natural Silver or Forest Teal.

HP's Pavilion lineup is its mid-range series. There are four tiers of HP brands. At the top is the Spectre flagship, and below that is Envy at the premium or high end levels. Below Envy is Pavilion, and then HP's entry-level tier doesn't have a name brand. Pavilion has long been about providing value for your dollar, and finding just the right compromises so that it doesn't break the bank. 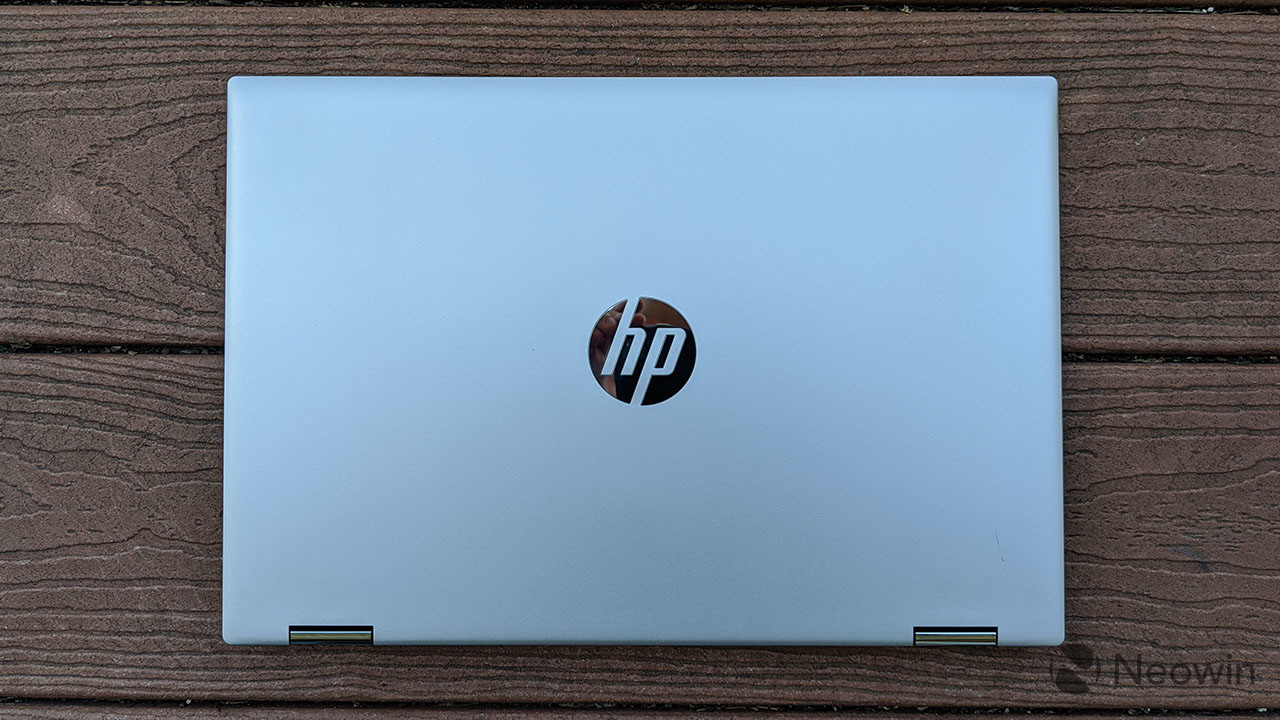 The design hasn't changed too much since the one I reviewed last year. It still has the standard, circular HP logo, as opposed to the newer one that's used on premium PCs. The Natural Silver aluminum chassis is accented by the chrome-colored logo and hinges. I'd have liked HP to have sent me the Forest Teal one instead, just because colors are prettier, but I'd suggest checking out the available colors before purchasing.

This convertible is 0.74 inches thick and 3.55 pounds, so it's obviously not the lightest thing around. It's also not really meant to be. On the list of things that show up on the chopping block when it's time to lower the price, thickness and weight are near the top. That way you can still have more important things like performance, pen support, and more. 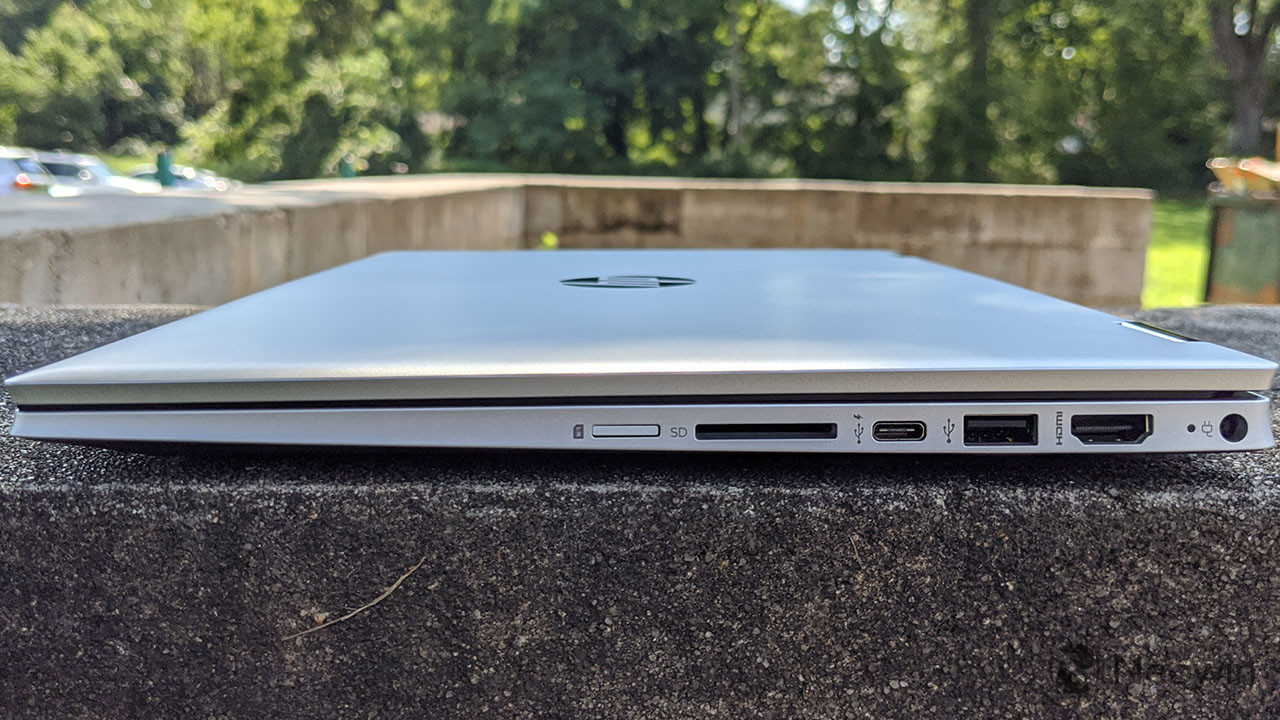 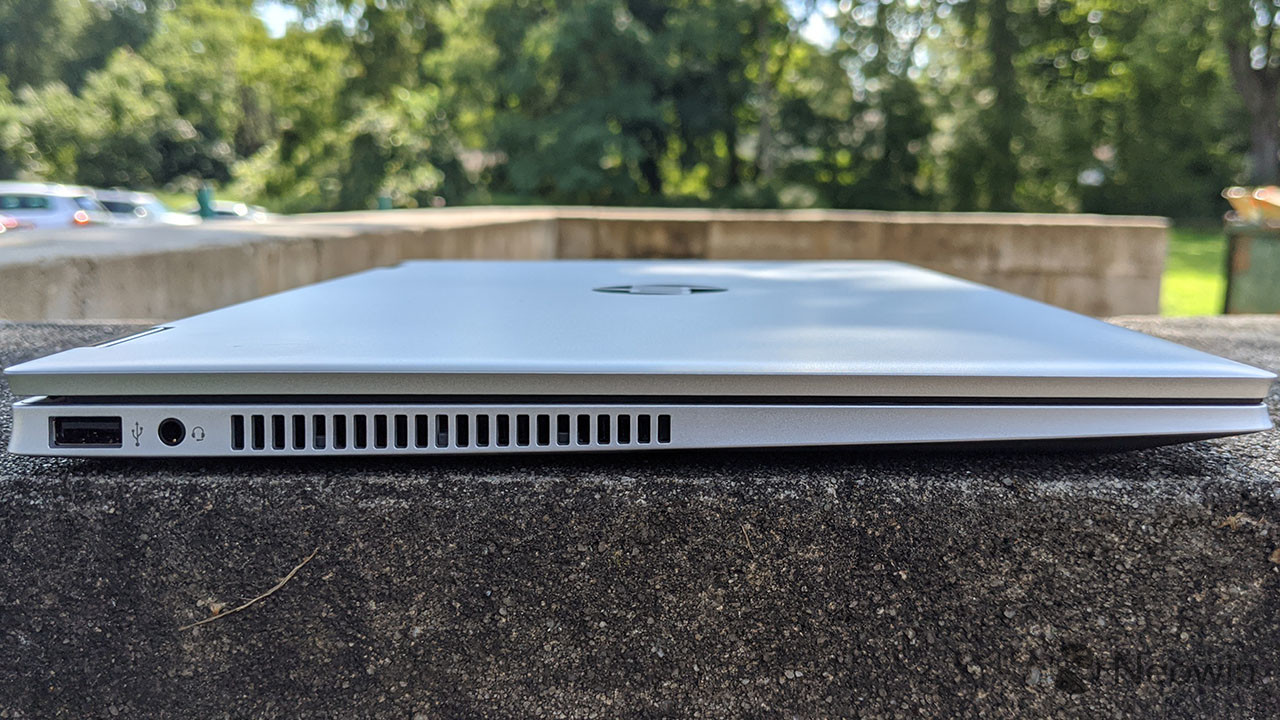 On the other side, there's another USB 3.1 Gen 1 Type-A port, along with a headphone jack. It shouldn't be a surprise that there's no Thunderbolt 3 here, as it really isn't high-end enough for that. Also, I assume that if you opted out of cellular, you'd still see something where the nano-SIM slot is; most companies put a slug in there.

The nano-SIM tray doesn't require a tool to be removed, making it really convenient to switch SIM cards. You just press it to pop it out.

The Pavilion x360 14 has a 14-inch 1920x1080 display, which is nice, but also isn't anything special. The resolution is fine for the screen size, and the color accuracy is good too. In fact, it even has pen support, although the pen doesn't ship in the box. You'll have to either buy one from HP or get a third-party one, which can be cheap. 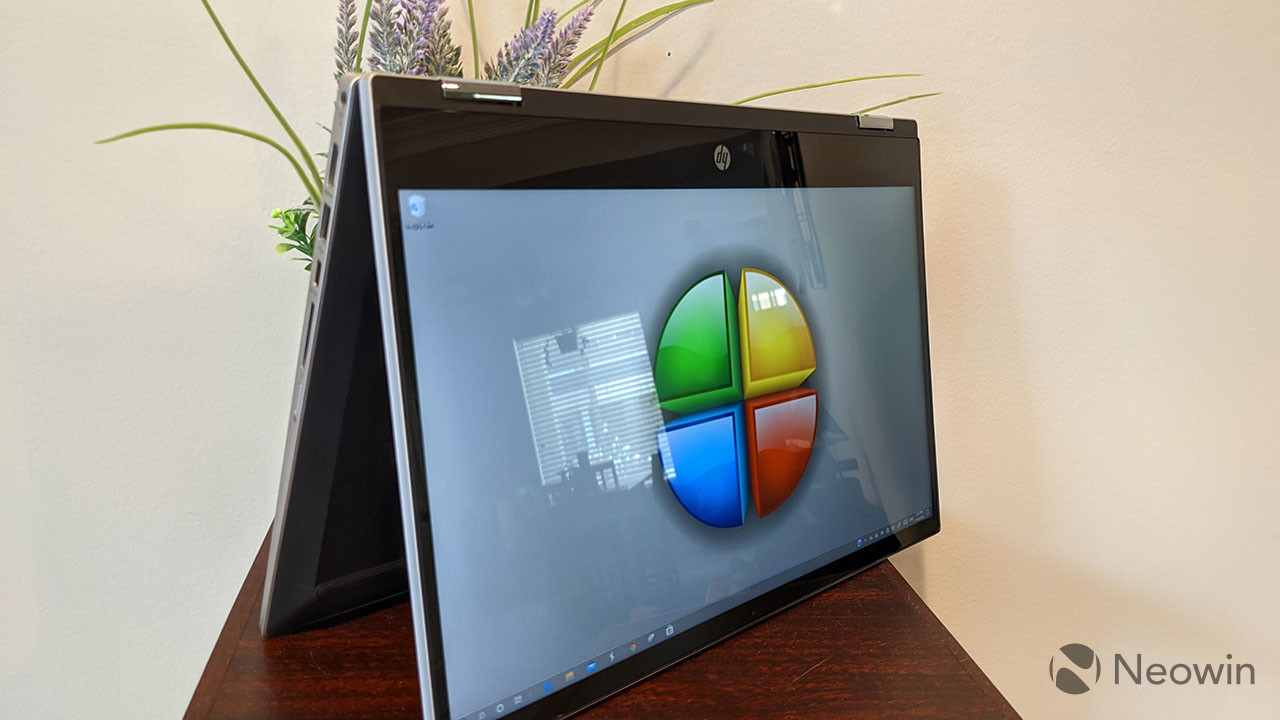 Having pen support on a convertible at this price is quite nice though. It adds a whole different dimension of work that you can do. You can use it to draw, take handwritten notes, mark up photos, draw routes in Maps, and more.

As you can see from the image above, it has narrow side bezels, and a massive chin. This is something that all HP laptops had for a while until the company finally chopped it down on the Spectre and Envy lineups. 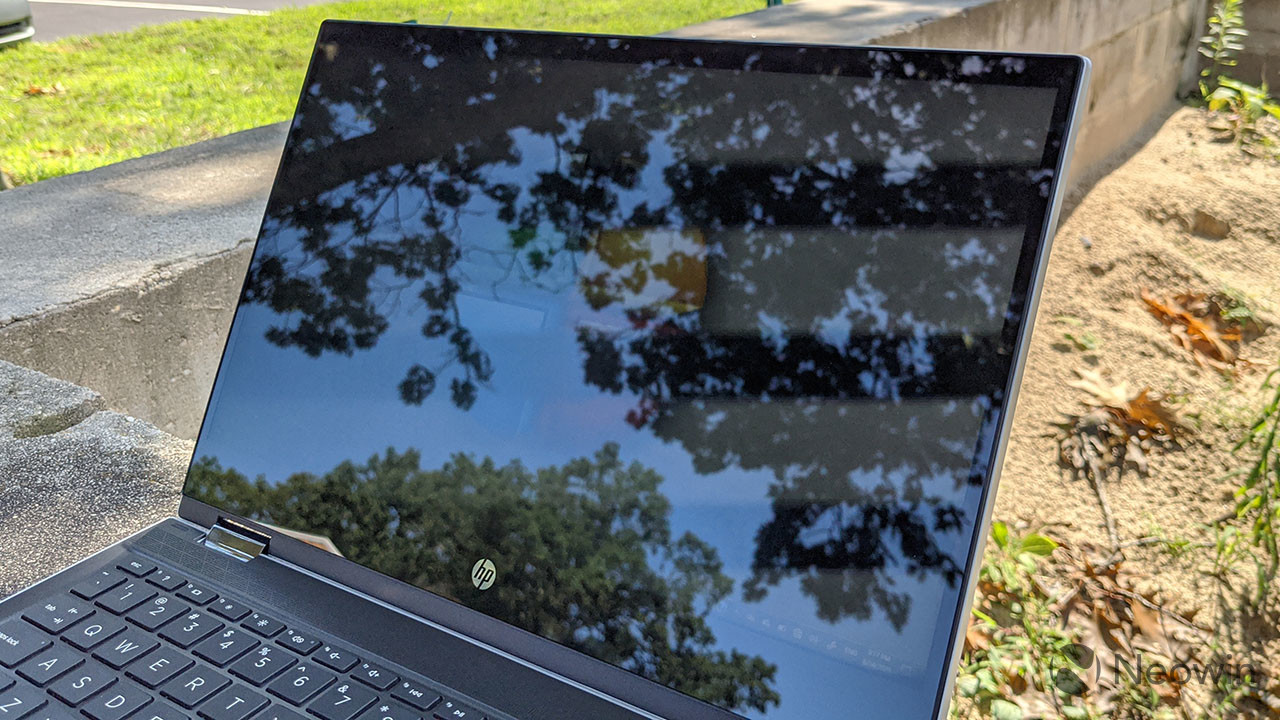 The only real problem is that the display is only 250 nits, and given how glossy it is, it's nearly impossible to use outdoors. Considering that it has 4G LTE, it's something that you might be more likely to work outdoors with, such as in a park on a nice day. This is especially true in the age of working from home; you might go work outdoors just to get out of the house.

HP once again teamed up with Bang & Olufsen for the speakers, which are placed above the keyboard. The audio quality is definitely among the best among PCs in this particular tier. It gets fairly loud, but I do find that it has a certain tinny quality to it. Still, it's better than most PCs around this price point.

The keyboard is fine as well, although interestingly, it's not backlit this time around. This could be a deal-breaker for some, since it's a pretty standard feature. Again, a big part of PCs in this tier is about making compromises, and making the right compromises. However, I don't think I'd agree that this was the right compromise. 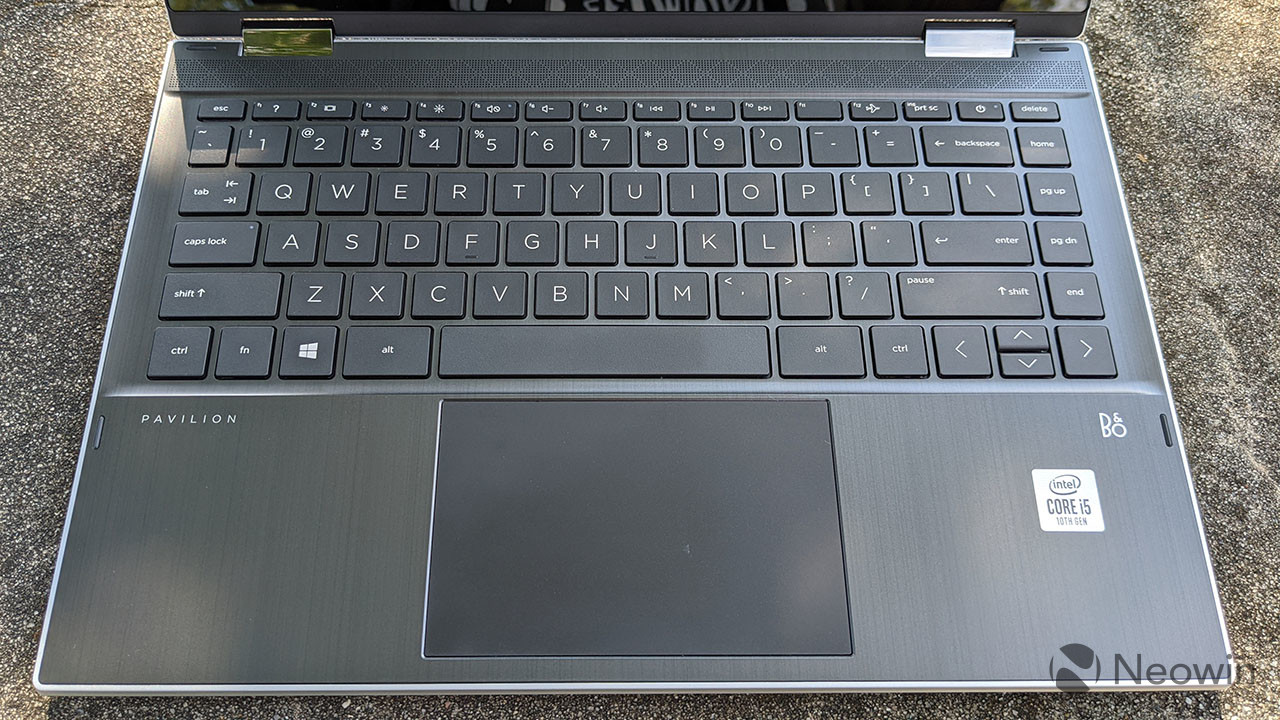 I've recently been reviewing some Envy laptops, and I have to say that HP really blew me away with the recent Envy x360 13. While the Pavilion is fine in its accuracy, it does feel a bit lacking when compared to the Envy. There's not as much resistance behind the keys, and they just feel light. In itself, the keyboard is just fine, aside from the lack of a backlight. I've just seen HP do better. 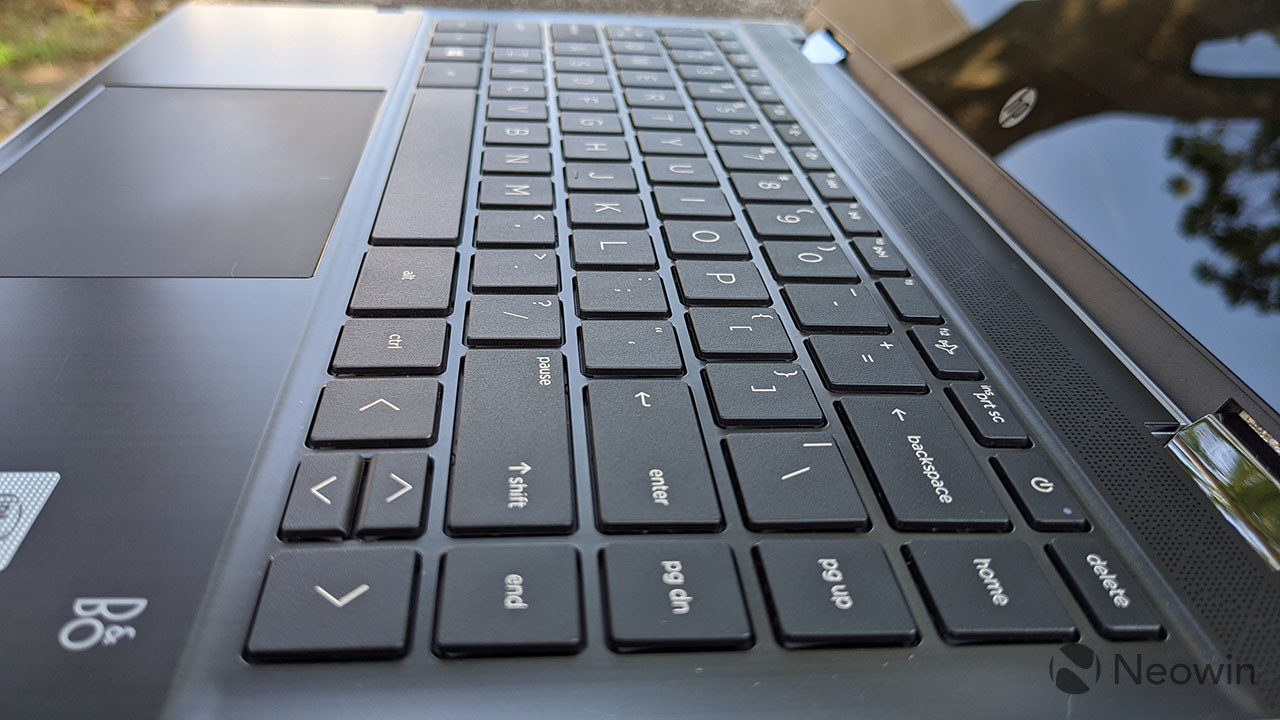 The depth of the keys is pretty average for a consumer HP laptop, which is to say, it's fairly shallow. You'll notice that the power button is included in the top-left of the keyboard, following HP's trend of putting everything in the keyboard. One thing missing, however, is a fingerprint sensor. In fact, there's no Windows Hello at all on this laptop. I don't know the last time I reviewed a laptop without an IR camera or a fingerprint sensor, and that includes last year's Pavilion x360. 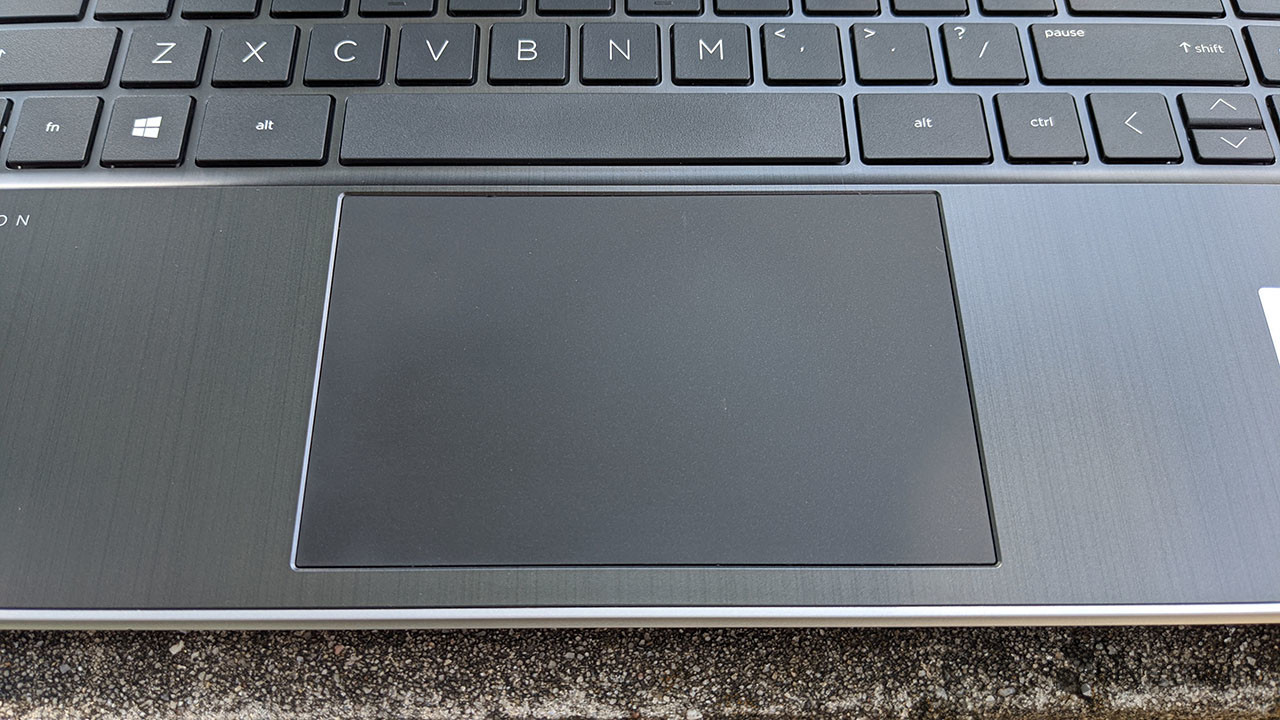 The trackpad uses Microsoft Precision drivers, as all laptops should. Up until recently though, HP didn't, so this isn't a given. I also appreciate that HP used just about all of the real estate it could on the trackpad, making it as big as possible.

The Core i5-1035 comes in three flavors though: G1, G4, and G7, indicating graphics power. This unit has Intel UHD Graphics, while G4 and G7 have Iris Plus Graphics. The Ice Lake Core i7, on the only hand, only comes at the G7 level, so if you get this PC with a Core i7, you should get a notable boost in both CPU and graphics performance. 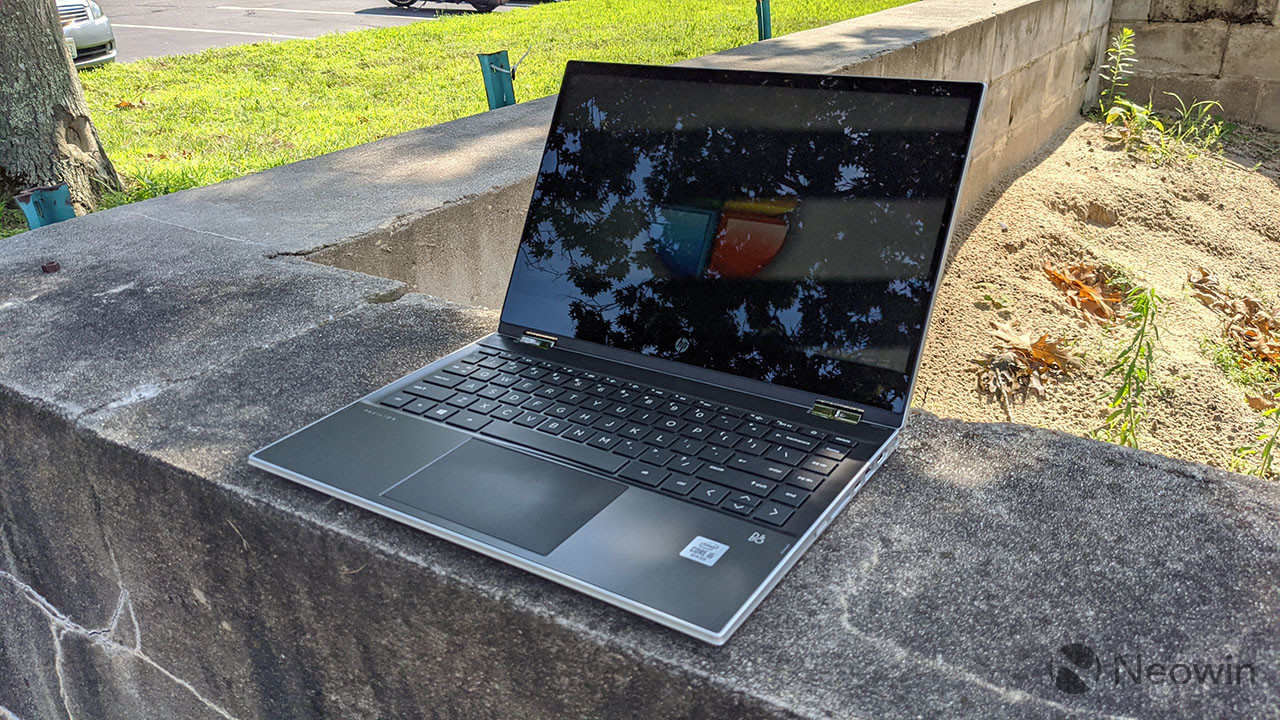 Intel actually offers five different U-series Core i5 SKUs that are labeled as 10th-gen, and don't forget that you have AMD's Ryzen 4000 CPUs on the market as well. So don't take this the wrong way when I say it, but between the Core i5-1035G1, the rest of the 10th-gen U-series Core i5 SKUs, and AMD's Ryzen 5 SKUs, the Core i5-1035G1 will lose in just about every benchmark. AMD's Ryzen 4000 chips blow Ice Lake out of the water, and Intel Comet Lake beats Ice Lake on CPU performance.

I say not to take it the wrong way because it's still a Core i5, so it's still fine. Companies tend to use the G1 SKU of the i5 just to create more of a value proposition when up-selling to the Core i7.

Battery life was OK, and in most cases, I got around four hours. It's not that the battery life is bad; I'm just used to more when it comes to cellular PCs, because most cellular PCs that I get to review have ARM processors in them. This also has a 43Wh battery, which is smaller than the 56.2Wh one that was in the Elite Dragonfly that HP sent me, and might have been the last Intel-powered cellular PC that I've used.

But cellular is totally worth it. It takes away the pain points of working on the go. There's no more configuring your phone as a hot spot, or ending up on the Starbucks mailing list because you wanted to use its Wi-Fi. There's no more looking for the Wi-Fi password in the airport lounge.

These scores are pretty standard, although if you look at what each test does, you can see where the Core i5-1035G1 excels.

The HP Pavilion x360 14 is a bit of a mixed bag, and that's no surprise. Any mid-range laptop is designed to offer a balance between perks and compromises. For the unit that HP sent me, that perk is 4G LTE, and it's absolutely wild that a $699 Intel-powered laptop has cellular connectivity. 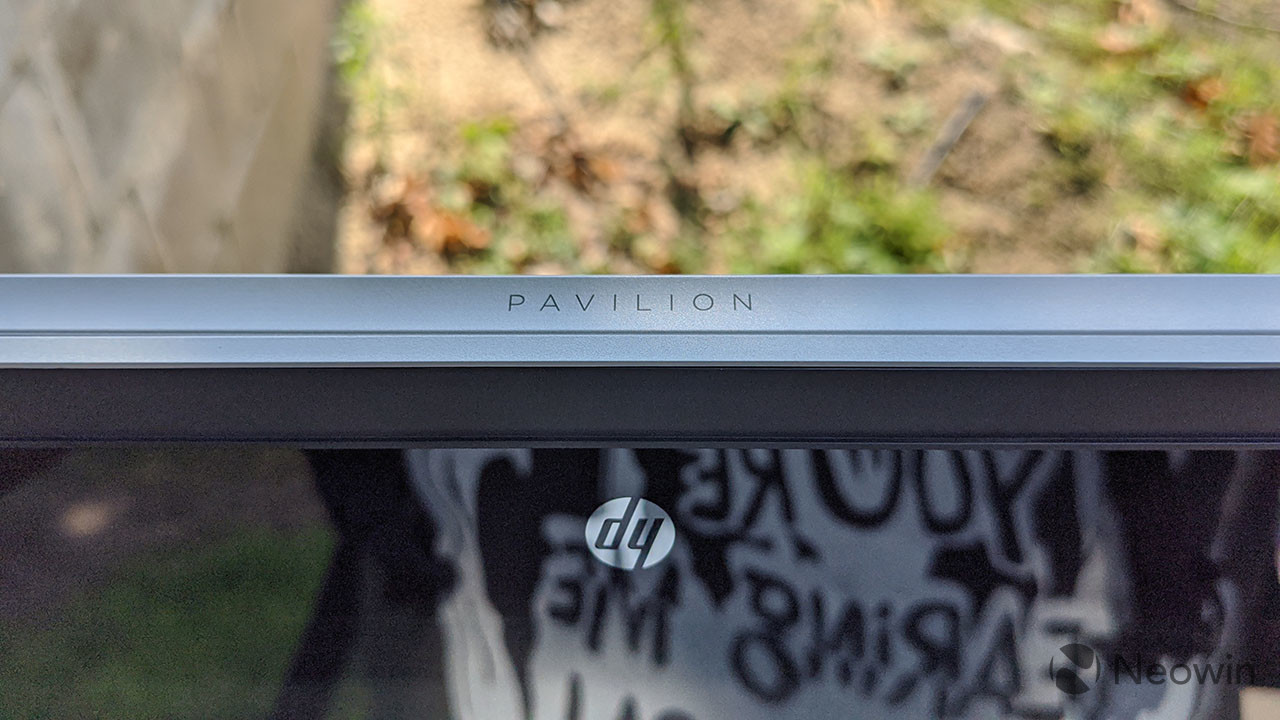 But still, the Pavilion makes some bizarre compromises to get there. The keyboard isn't backlit, and there's no method of biometric authentication at all. In fact, I'm not sure if I'd recommend buying this at all if you're not getting the cellular model. If you're not getting it for the 4G, you can definitely find something with an AMD Ryzen 4000 processor that offers more value.

But also, I totally support buying this for the cellular connectivity. Cellular is something that should be in every device, and it's insane that it's taken this long to show up in a $699 PC. 4G LTE will make your computing experience better, and not only that, but the rest of the PC is solid too, aside from the shortcomings I mentioned. It's got a decent keyboard, a Core i5, 8GB RAM, and so on. 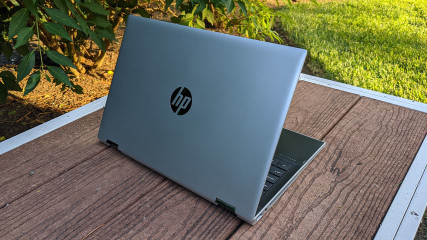 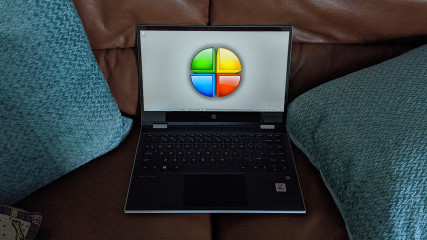 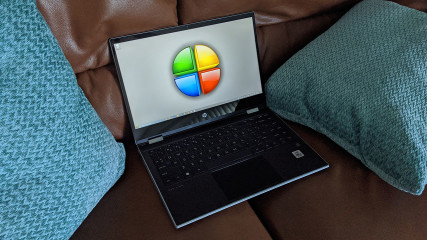 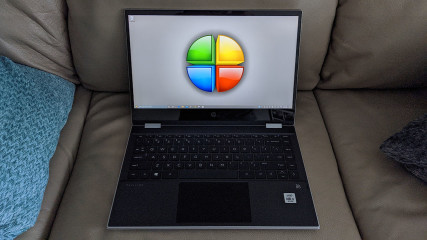 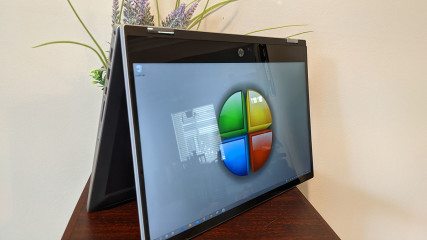 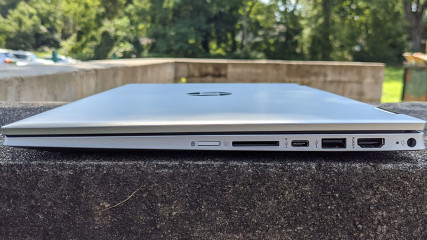 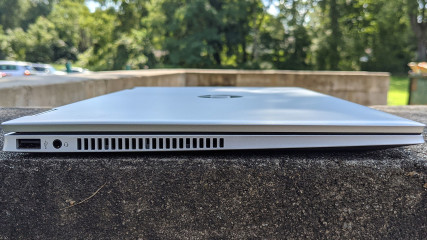 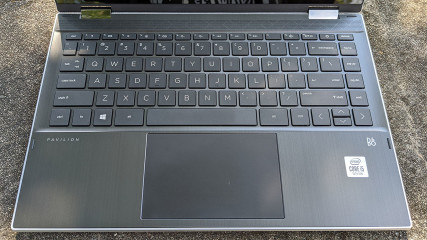 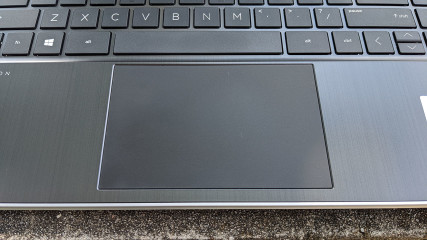 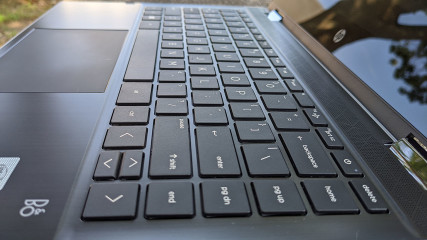 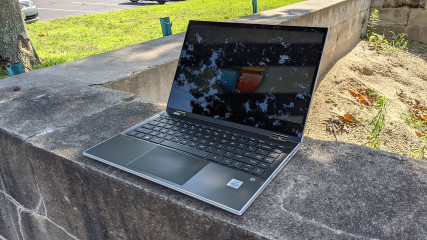 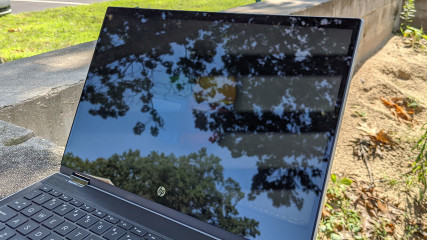 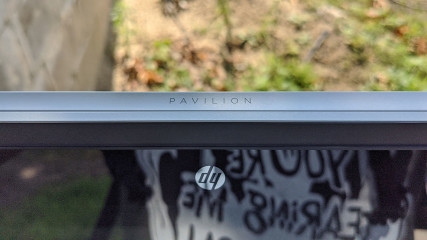 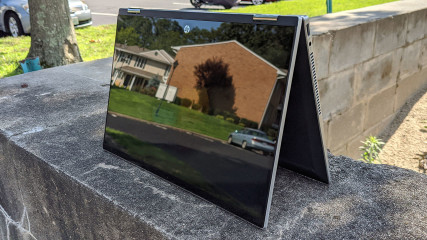 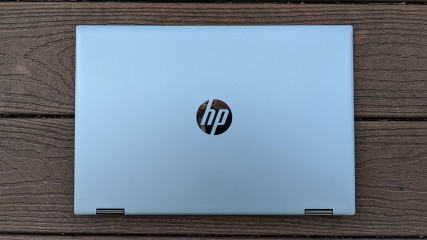