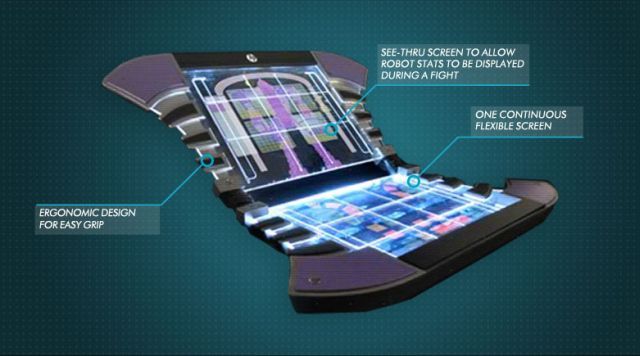 While HP's real future is still in question, apparently PCs and other devices made by the company are still being used in the fictional future of Real Steel. The sci-fi movie, which was released last weekend and hit number one in the box office, depicts a world just eight years in the future where Hugh Jackman's character and his son try to win boxing matches with big and powerful robots.

HP worked with the movie's designers to create concepts for possible future PCs, along with 3D printers, monitors and more. HP's web site goes over some of these concepts. One of them can be seen above, the HP Flex. It has a basic notebook case design but when opened the user sees and operates on one large screen with a flexible material. The HP Flex is used to control the robot Noisy Boy in the film. Another concept created for Real Steel is the HP Volume Jet. While the actual device didn't make the final edit of the film, the device was created in order to allow working objects to be created directly from the 3D printer.

Yet another HP future design concept is the HP Curve. It's a new concept of the all-in-one PC with one continuous touch screen monitor that also replaces the keyboard. Finally there's the HP Thruscreen. This near-future version of a PC monitor lets users place real world objects alongside virtual ones in order to animate and simulate how the objects will work in real life behind the monitor's screen.