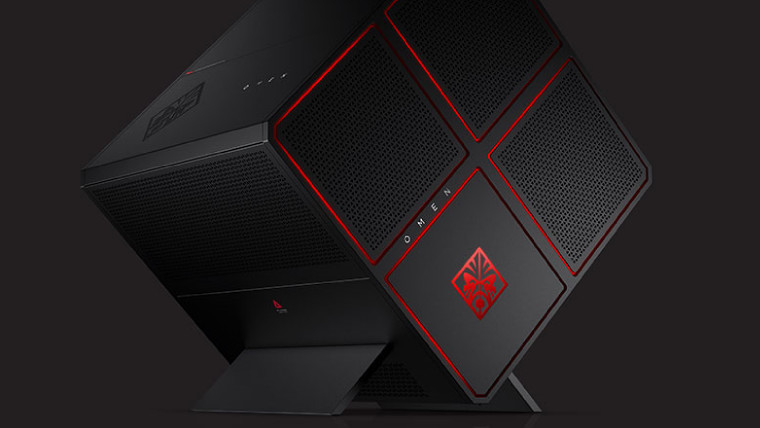 According to Microsoft, the OMEN X is a "fully customizable, powerful desktop for the gamer who wants the best performance, thermal management and cutting-edge design". The unusual cube form factor houses "a revolutionary thermal management solution, which includes a tri-chamber design with dedicated cooling for each chamber".

As you would expect, the OMEN X Desktop is VR-ready, and its other key features include:

HP has teamed up with Maingear to allow users to spec their PCs as desired - an option that will be available from "early 2017".

But Microsoft says that the Omen X Desktop will be available in the US from today in standardized configurations from HP.com, starting at $1,799. It will also be sold from October 16 at select US retailers, with prices starting at $2,099.99. Gamers will be able to buy the basic OMEN X chassis for $599.99.

A new OMEN X Curved Display will also be launching in early 2017, and will be HP's first display to offer Nvidia G-Sync Technology. Further details, such as those of pricing or design, were not revealed.

You can get an additional overview of the OMEN X Desktop in the video below: