The HTC One M9 was a solid entry for a 2015 flagship despite the design being criticized for being identical to its predecessor, the One M8. What better way to make a dull phone more ostentatious than by plating the phone with 24 karat gold. Although this version will not be available for sale, HTC unveiled this handset to celebrate the end of the season of UEFA Champions League. Unfortunately for HTC, the buzz generated by the images weren't for the phone itself, but how the initial photos of the device posted to Twitter: With Apple's iPhone 6. 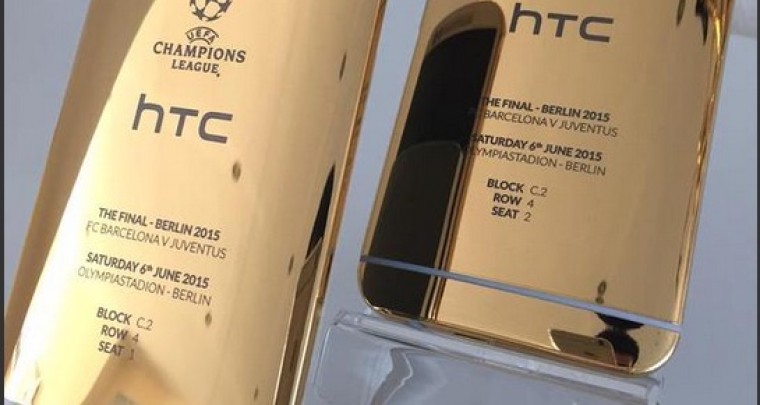 Although the tweet has since been deleted, VentureBeat was able to capture an image of the tweet before it was pulled. While images of the 24 karat gold One M9 look stunning, you'll notice in the reflection of the phone that the image is being taken with an iPhone 6. While things could certainly be worse when it comes to PR blunders, it does take a little wind out of HTC's sails when their own PR team is using an iPhone to post directly to Twitter.