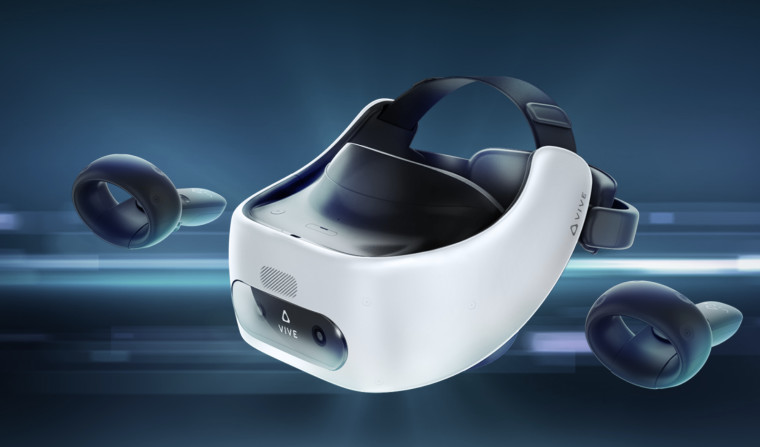 Today, HTC announced its VIVE Focus Plus, a VR headset made for enterprise applications. The unit will retail for $799 and will be available on April 15 from the firm's VIVE website. The headset was announced as part of the HTC VIVE Eco Conference held in Shenzen, China, a one-day event that offers virtual reality demos, developer and retail forums, and more.

Since most VR headsets are cumbersome to set up, stand-alone models have recently been getting more attention, mainly for their ease of use. Despite the VIVE Focus Plus being an all-in-one solution, it does offer quite a bit when it comes to the experience. The headset and controllers rely on Chirp 6DoF ultrasonic + IMU fusion tracking. The six-degrees-of-freedom (6DoF) technology makes navigation more immersive than previous devices and the pressure sensitive triggers in the controller will allow for more depth when it comes to interactions in the VR world.

The device will also come equipped with lenses that can reduce halo effects, will utilize a 3K AMOLED display with a resolution of 2880 x 1600, and will have a refresh rate of 75Hz. Of course, you'll be able to adjust the pupillary distance for optimal comfort and you'll also have a 110-degree field of view. As far as its core, the unit is powered by Qualcomm's Snapdragon 835 processor and will have a built-in battery capable of three hours of use. The device can be charged via its USB Type-C port, with support for Quick Charge 3.0. The headset will also have built-in speakers, a microphone, and a 3.5mm jack.

Those that purchase the headset will gain access to an enterprise license in most regions, which will give users access to the Vive Wave ecosystem containing close to 250 applications. As mentioned prior, the product will launch on April 15 and will cost $799.