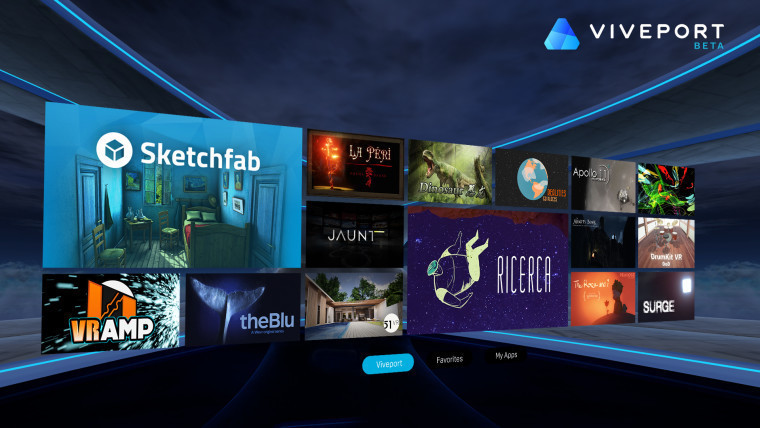 Earlier this year HTC released its virtual reality headset the Vive. While users already rely on Steam for downloading and accessing games for the headsets, now HTC has launched its own store for apps and content designed for virtual reality.

Early last month, HTC announced that the so-called Viveport virtual reality app store would be launching soon, with a focus on everything-but-games. At the time the company said its dedicated portal would feature everything from art, to design tools, to video, to virtual reality shopping. The store also features gaming titles, but those are only available in China, where Viveport actually became available much earlier this year. Now the Viveport app store has finally become public for the rest of the world as well, after a closed beta.

Though there’s some significant overlap with other app stores, including Steam, the Viveport app store also features some exclusive content designed to entice users. Among that is Google’s new spotlight story Petal, Stonehenge VR and other apps.

There are also massive discounts available right now, to celebrate the launch of the store, and the company is also hinting at upcoming giveaways centered around social media channels, though details are scarce.

In either case you can check out what the Viveport store has to offer by hitting up this link.