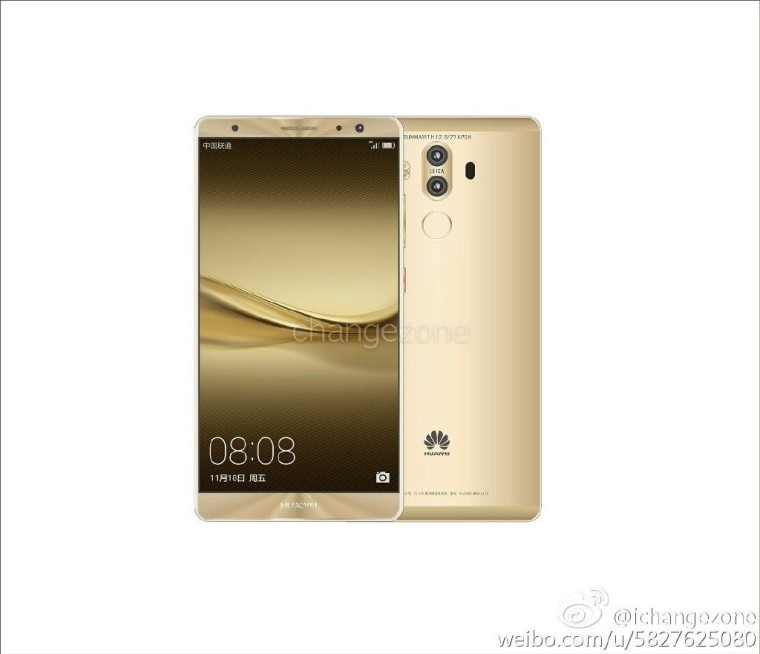 Huawei released the 6-inch Mate 8 phablet almost ten months ago, but the company seems to be ready with the next version of the device already. The Mate 9's images and specifications have now leaked online, suggesting that its launch could be near.

The Mate 9 phablet will reportedly feature Huawei's Kirin 960 chipset with Cortex-A73 cores and the device's variants will be differentiated based on various RAM and storage options. According to a leaked slide, there will be three such variants:

There are six color options available for the top-end variant of the device while the base variant will come in just three colors.

On the imaging front, the Mate 9 is said to feature a Leica-branded dual camera setup on the back with f/2.0 aperture lenses. Nothing else is known about the hardware of the device, but the report mentions that it will run on Android 7.0 Nougat with Huawei's EMUI 5 on top.

If the alleged event date is to be believed, we will know more about the device on November 18.