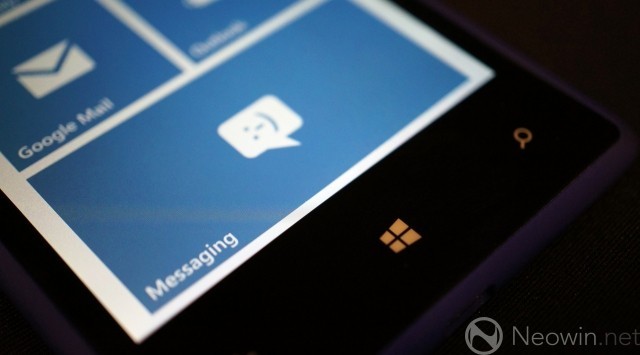 Windows Phone posted the largest year-on-year growth of any OS, growing 156% with the help of companies such as Nokia.

Analyst firm IDC reports Microsoft’s OS experienced record sales aided by its popular low end Nokia and HTC devices. However, analysts say the figure skyrocketed due to an original base of only 3.7 million units a year ago.

Not surprisingly, Nokia’s switch to the OS in 2011 primarily fueled Microsoft’s gain in the market. While other vendors have also contributed to WP, the company's sales are unparalleled accounting for 93.2% of all shipments throughout the quarter, aided by sales of the lower end phones such as the Lumia 520. 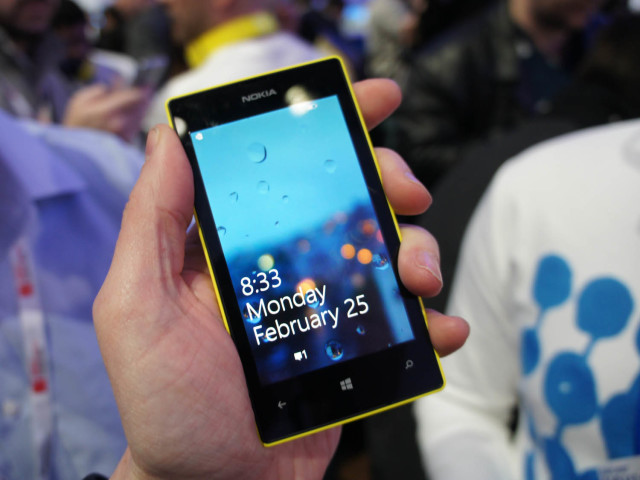 Android continues to dominate the market pushing past 80% market share for the first time in Q3. Its vendors struggled to keep up with Samsung's huge lead, which took almost 40% of Android sales. A total base of 211.6 million smartphone units was shipped, contributing to the 39.9% growth in the international smartphone market.

Ramon Llamas, Research Manager with IDC's Mobile Phone team, says Android and WP’s success is due to its availability in affordable devices .

"Android and Windows Phone continued to make significant strides in the third quarter. Despite their differences in market share, they both have one important factor behind their success: price. Both platforms have a selection of devices available at prices low enough to be affordable to the mass market, and it is the mass market that is driving the entire market forward."

Microsoft's recent success in the phone industry comes as good news to the company and fans alike. They are now hoping to expand their 5% hold in the market, compared to Android’s dominating 81% and iOS' 12.9%. 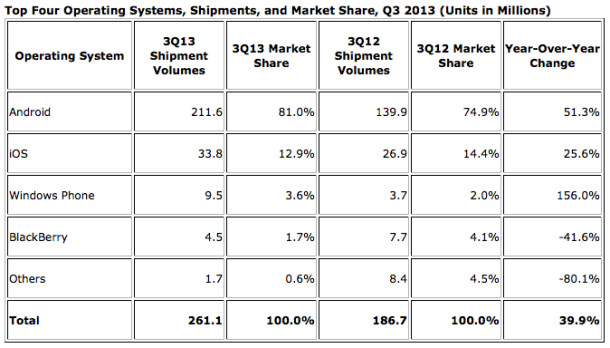