Each year, the Internationale Funkausstellung Berlin - also known as IFA - takes place in September in Germany, and the consumer electronics show usually has an array of products on show, including Windows-based tablets, laptops and mobile phones.

Each year, the organizers invite selected journalists to a pre-show held several months earlier, and this year's pre-show took place a few days ago in Malta. The key trends we took away from this year's IFA GPC are that Microsoft will finally be exhibiting at the trade show in September, Android is on the rise in more than just mobile, and the Internet Of Things (IoT) will be a focus for all manufacturers over the next few years.

While Microsoft has had a presence through its partners at previous IFA exhibitions, this year will be the first time that the company has a dedicated presence on the show floor. Last year, Microsoft announced the Lumia 730, Lumia 735 and the Lumia 830 at a satellite event held in Berlin that was separate from the main event, but this year's event will see the Redmond-based company showcase everything from its product portfolio (and presumably, it will showcase its partners' products as well).

With Build 2015 currently taking place in San Francisco, it's likely that the new Windows features announced by Microsoft will also be on show at IFA. One of the reported new features is support for Android applications, which would allow Microsoft to close the app gap between Windows Phone and Google's operating system.

Android's dominance of the mobile market is almost total, with over 80% global market share and 1 billion Android smartphones shipped in 2014. However, the power of the platform is becoming even more apparent as manufacturers such as Haier, ZTE and Phillips showcased new ways to leverage the Android OS.

Haier's new smart watch for children features GPS, micro USB and a microphone and speaker, it also allows you to set a safe zone - which can be as large as a town or as small as a street - that you're happy for the your child to play in when they're away from you. Once they leave this area, you get alerted on your phone. There's also a version for the elderly - which can be really useful when caring for those with dementia - and both come with a red SOS button if the wearer gets into trouble.

ZTE also showcased some of its new product range, and the key device was the SPro 2 pico projector which features smartphone-level specs - including a 5 inch display, Snapdragon 800 processor with Android KitKat OS preloaded - and can project a screen up to 120 inches in size. The result is an entirely new way of consuming streaming or on-demand content, just imagine being away from home and using the projector to stream the latest football game to a spare wall. 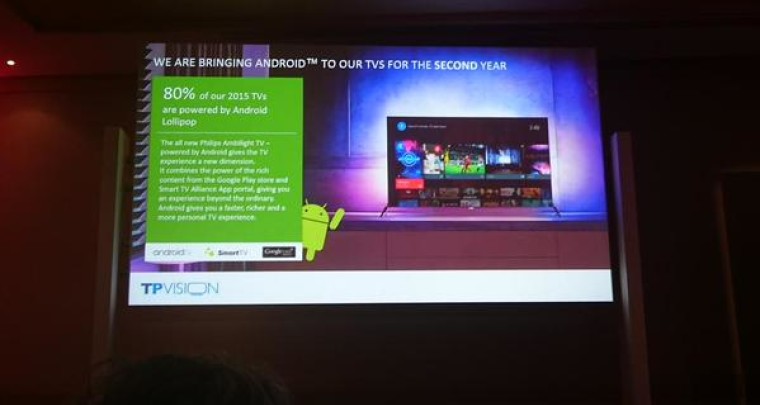 Last up on Android, is Philips' new TVs; at a power briefing during the GPC, the company's TV division, TP Vision, revealed that 80 percent of Ambilight TVs released in 2015 would be powered by Android Lollipop OS, and while you might think that these would come with a high price tag, the company confirmed that 38 percent of the new TVs will be affordable for all.

As a consumer electronics show, IFA covers more than just mobile devices and every year, we see companies announce new products in the white goods market. This year's GPC saw several new appliances announced and one of these was Haier's new dual-drum washing machine that is smartphone controlled and can run two different loads at the same time. This can be useful for when you have multiple washes that need doing, but are away from home. You can use the two drums independently - so one with colors and the other with whites or delicates - of each other.

Also announced at the IFA GPC was the Grundig VUX, a visual user experience that aims to transform the way you use your kitchen. The VUX is a projection-based system that can be used to control a range of kitchen appliance. A projector - which is built into the overhead fume hood - shines onto the area surrounding the stove and the result is a movable user inteface that controls your various kitchen appliance. 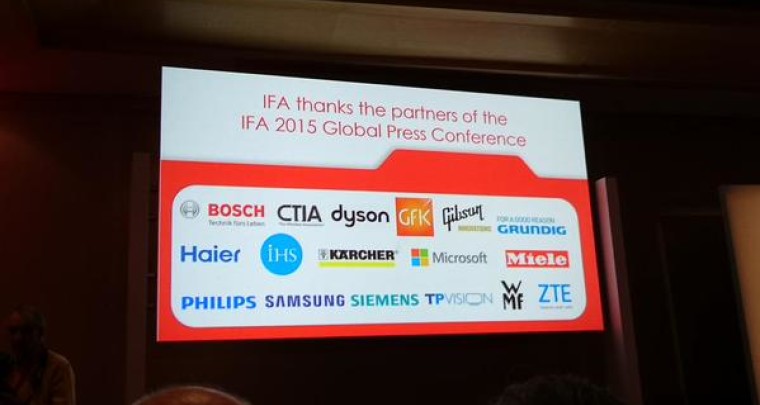 With only a handful of companies exhibiting at the GPC, it's just a small indication of the key trends we're likely to see at the main event in Berlin. This year's show is likely to see more Smart Appliances as the IoT becomes more important to consumers and manufacturers alike. We're also likely to see new Android-based phones, tablets and smart devices while Microsoft's presence will also hopefully lead to new Windows phones, tablets and laptops. Whatever is announced, we'll be there to bring you the information as it happens.