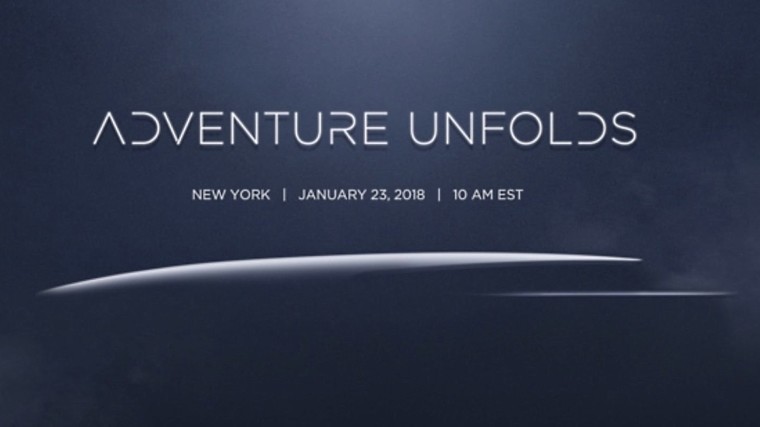 The famous maker of drones, DJI, is going to unveil a new drone at an event in New York City next week, on January 23 at 10am ET.

If it wasn't for the flash of what appears to be a part of the drone in the illusive trailer, embedded below, or the details of a launch event at the end, one could easily ﻿mistake it to be a teaser for any recent generic apocalypse movie.

Despite the wealth of knowledge gained from the teaser, speculation has arisen as to what type of drone DJI is going to reveal; one guess is that this drone is going to be a fixed-wing one, perhaps similar to the Parrot Disco. This would be the first fixed-wing drone from DJI and could offer a totally new flying experience to its regular customers. Some think that the silhouette in the background of the invite, seen in the image above, is of the drone itself. The silhouette is very wing-like and seems quite aerodynamic which supports the claim that the drone could be a fixed-wing type.

Another guess, in a similar vein, is that the company is going to unveil a racing drone; this would probably be a small and agile design with optimization to be used in conjunction with a VR-piloting system. A theory offered by DroneDJ is that a new Mavic is on the cards, due to the last Mavic being such a success and primarily because the Mavic unfolds and the catchphrase for the event is "adventure unfolds". DroneDj, through its own research, quite convincingly believes that the new drone will actually be called the DJI Mavic Air.

As everyone appears to be offering various theories, the drone could simply be called the DJI Adventure and be made out of cheap wood for all we know. A clearer picture will only be available once DJI officially unveils it next week.