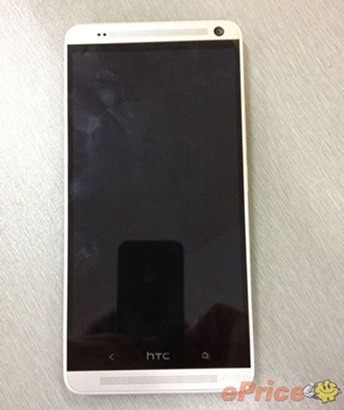 HTC has been working hard on getting a bit more marketshare in the Android ecosystem with its latest flagship device, the HTC One and the newly announced mid-range HTC One Mini. But it seems the company isn't done yet, and they’re coming out with a bigger, faster and more powerful device dubbed the HTC One Max.

The HTC One Max is the company’s answer to Samsung’s Galaxy Note series which features ludicrous screen sizes and doubles as an enhanced productivity device via its bundled stylus. The One Max will reportedly feature a 5.9-inch screen, a 2.3Ghz Qualcomm Snapdragon 800 and large 3,200 mAh battery.

You can see in this image that the Max takes its design cues from the original One, featuring the same aluminium chassis, stereo speakers and large gorgeous display. The new handset is also rumoured to feature a stylus pen which would put it in direct competition with Samsung’s “phablets”.

The HTC One Max is expected to be unveiled next month at IFA, but HTC may actually opt for a separate launch event where they can get all the media attention for themselves.

Source and Image: ePrice via: Engadget