After several days of presentations and judging, the winning teams in the 2013 Imagine Cup worldwide finals have been announced. The winners were named in the closing ceremonies in St. Petersburg, Russia, which were hosted earlier today by Doctor Who actor Matt Smith, and more than $1,000,000 was dished out to the students. 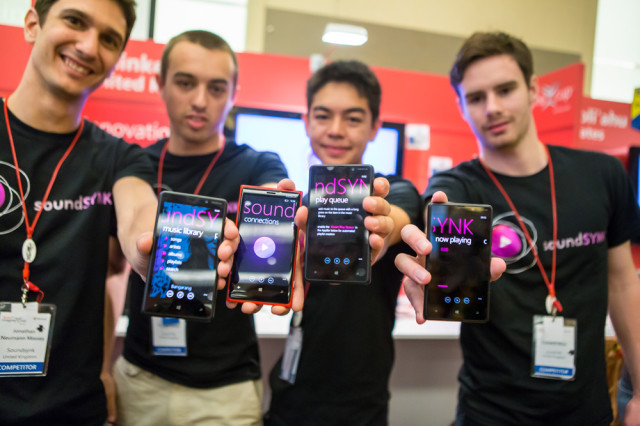 The awards were given out in several categories. One of them is the Innovation award and this year first place went to a UK team called Colinked. The group of students won $50,000 for their mobile phone app soundSYNK, shown above, which streams music across several different smartphones at once.

The $50,000 winner of the Games category was won by an Austrian team, Zeppelin Studio, who made a game called Schein. It's a unique looking puzzle-platformer game where the hero has to use light to defeat enemies and solve challenges.

The World Citizenship category was won by a team from Portugal. They received $50,000 for an combination hardware and app product called For a Better World. It's designed to be used in emergency medical situations, where a sample of a person's blood is placed in the hardware device. When hooked up to a Windows 8 PC or smartphone, the device can determine a person's blood type within five minutes.

The full list of winners for Imagine Cup 2013 is available at the source link below; the company also announced that the 2014 worldwide finals will be held at Microsoft's home town of Redmond, Washington.