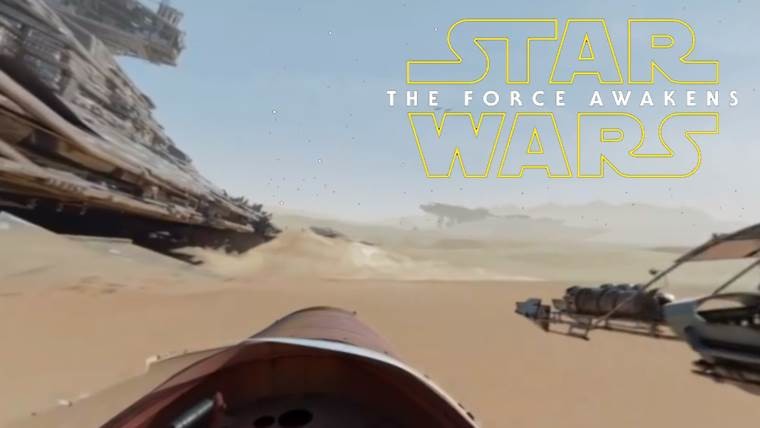 A couple of days ago we reported on one Star Trek fan's project to recreate the Enterprise-D in its entirety; the plan is to eventually be able to explore the ship deck-by-deck using virtual reality (VR) technology, a brave "enterprise" (pun intended!) in itself.

Not to be left out, Facebook has uploaded a video clip from Star Wars: The Force Awakens that lets you explore the terrain and peer in any direction while the action unfolds. You can view the video using a VR headset, but it also works in a web browser (if you click and drag to view) and on standard smartphones (swipe or move the handset around).

This particular clip lets you explore the parched surface of Jakku on a speeder and fly past a ruined Star Destroyer partially buried in the sand. It's the first of more 360 supported videos that will be making their way on to your Facebook news feed in the near future, with support for the new format being enabled yesterday.

Star Wars: The Force Awakens opens in theaters on Dec 18.

Update: Unfortunately the video does not work in the Edge browser.