Last week Neowin reported on the leak of the next generation Windows Home Server, "Vail".

Neowin's friend, general Internet annoyance and DLL patching hero Rafael Rivera from Within Windows has taken a closer look at the leak and has uncovered some interesting details. According to Rivera the leaked build of Vail exposes some interesting codenames including 'Aurora' and 'Colorado'. Aurora "appears to be a Small Business Server version that sits somewhere between WHS and the current SBS products" notes Rivera. Colorado "appears to be remote device related."

Rivera also notes that the new features in "Vail" include Homegroup creation/integration and media streaming. The media streaming interface uses a Silverlight-based player through a remote console. Rivera has also detailed add-in changes, the new dashboard and has included a video and photo gallery of Vail. Check out his full post for more information.

"Vail builds upon both on-premises and cloud technologies to deliver a best-in-class solution for home networks and SOHO. Out of the box, Vail provides simple file sharing, remote access, home computer backup, expandable storage through Drive Extender, and media streaming both inside and outside the home. Vail also contains an application catalog and product-wide extensibility model so that new services such as anti-virus, online sharing, and home automation can be seamlessly and easily added to the solution. Vail will be available pre-installed on systems by OEM partners, and a standalone software package will also be available for those who want to build their own systems." 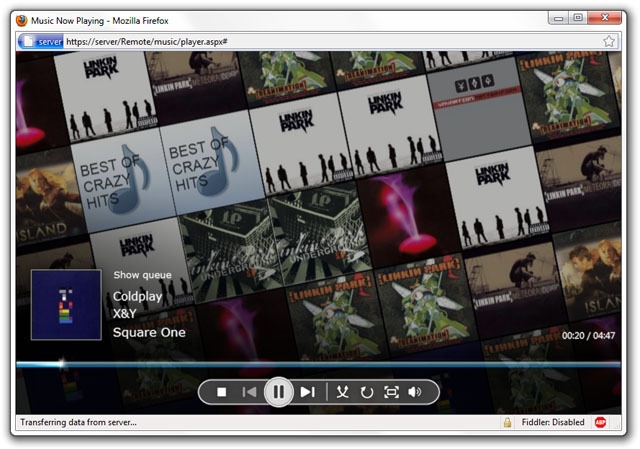