This year's Mobile World Congress has been packed full of cool new devices, including Samsung's new flagships, the Galaxy S6 and S6 Edge, and HTC's latest range-topper, the One M9.

We had some hands-on time with the One M9 on Monday, and we came away hugely impressed (although the two-tone gold and silver bodywork wasn't quite to our tastes). The One M9 is, of course, a hugely important new device for HTC, so it's not at all surprising that it's the main focus of the company's exhibition stand here at MWC this week. The One M9 features heavily across the displays on its stand, although some space has been set aside for some of the company's mid-range Desire handsets, along with its unusual 'Re' activity camera.

But HTC's main focus here is its new flagship, and visitors to its stand are warmly welcomed and encouraged to play with the new device for themselves. The unusual lighting display in the center of the stand makes for a pretty decent canvas for visitors to try out the One M9's 20-megapixel camera.

HTC's stand isn't quite as large as those from some firms at MWC, and with the spotlight almost exclusively on one device, that's understandable. Check out the gallery for some more images. 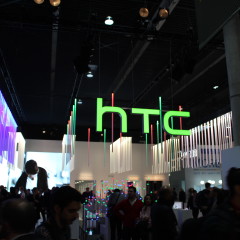 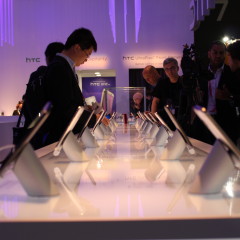 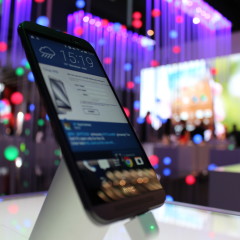 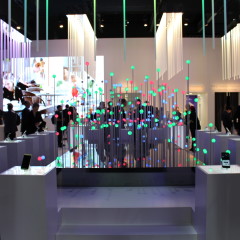 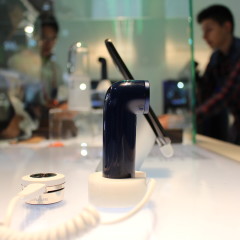 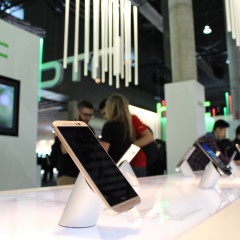 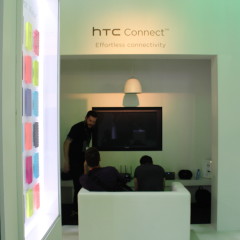 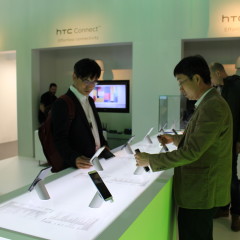 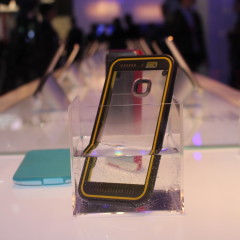 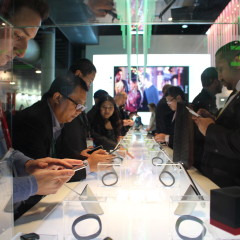 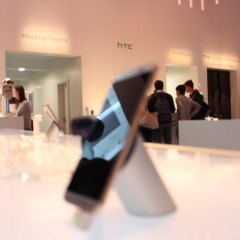 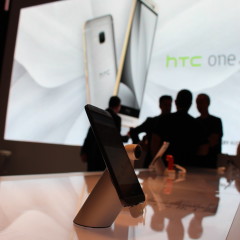 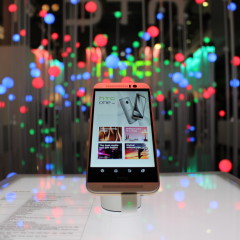