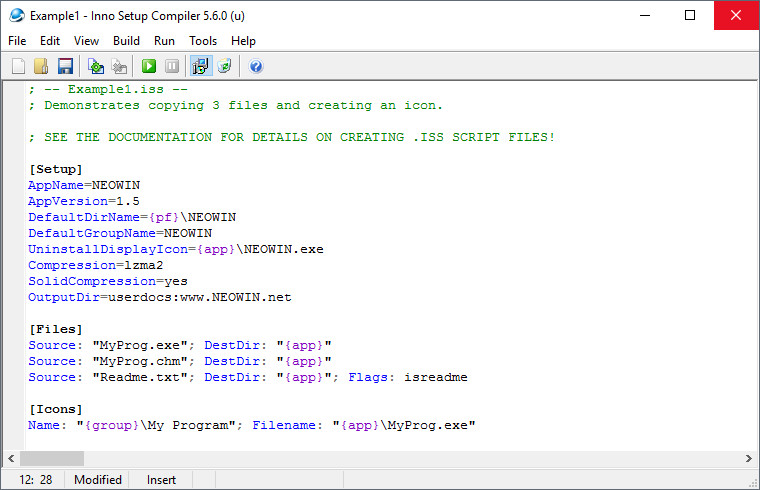 Some messages have been added in this version: (View differences in Default.isl)