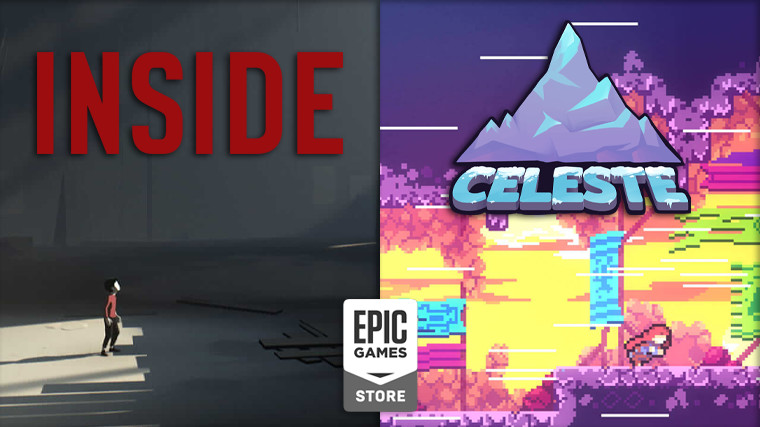 Epic has put on offer Inside and Celeste to claim for free this week, taking the place of Fez.

Inside is the second game developed by Playdead, the Danish studio behind Limbo; there's much in common between the two titles, as both feature similar gameplay elements, setting, and art style. A puzzle platformer, Inside received several accolades, including BAFTA's "Best Game Design" award for 2016. Here's a one-liner description of the title courtesy of Epic Games Store:

Hunted and alone, a boy finds himself drawn into the center of a dark project.

Celeste was born out of a four-day game jam, developed by Noel Berry and Matt Thorson in 2016. A challenging platformer, the game is narrative driven containing over 90 levels. It won several awards following its release, including for the "Best Independent Game" category at The Game Awards in 2018. Here's how the Epic Games Store describes the title:

Help Madeline survive her inner demons on her journey to the top of Celeste Mountain, in this super-tight platformer from the creators of TowerFall. Brave hundreds of hand-crafted challenges, uncover devious secrets, and piece together the mystery of the mountain.

Epic Games Store is offering Celeste for Windows and macOS, and Inside for Windows, at no cost for players, It's worth noting, however, that Celeste is also available for Linux via Steam where it is priced $19.99 at the time of writing. Also available on Steam is Celeste's original soundtrack, priced at $6.99. Here are the minimum requirements for the games:

If you wish to claim Celeste or Inside, you can find them here. They will be free to claim until September 5, which is when Epic will put on offer The End is Nigh and ABZU for its next giveaway.