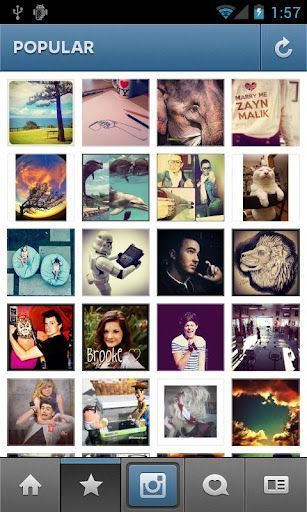 A month ago Instagram released its long awaited Android app, joining its previously released iOS version. A few days later, Facebook, or rather its CEO Mark Zuckerberg, bought the photo sharing and altering app for a cool $1 billion. Now there's new information that suggests the app continues to gain popularity.

Mashable reports that according to Instagram's own API, the app now has over 50 million users. A month ago, Instagram said that the app had "just" 30 million users. That means the app has generated five million new users every week since the Android app was released and after its acquisition by Facebook.

The article also notes that according to the Google Play page for Instagram, the app crossed the 10 million download level a couple of days ago. At this current pace it could match the number of iOS Instagram users in just a few months.

The big question is: Can Instagram continue to add new users at this pace? There are certainly a lot of Android-based smartphones and devices out there that haven't downloaded the app yet. Of course, Instagram could decide to launch a Blackberry or Windows Phone version at some point, now that they have all that Facebook money to work with.