Foldable smartphones seem to be the new trend in 2019, with Royole unveiling the first folding Android smartphone at CES, LG officially confirming that it plans to produce similar technology, and Samsung also rumored to be working on the same for the quite some time. Microsoft's long-rumored "Surface Phone" is on the horizon as well.

Now, it appears that Intel wants in on the fun too, and could be working on a three-way foldable smartphone device powered by Windows.

Patent documents dating back to 2017 have been obtained by Dutch site LetsGoDigital, which extensively detail Intel's plans for a trifold Windows device. According to the documents, when the device is completely folded, it acts like a smartphone. When it's partially folded - with two screens at the disposal - it behaves as a small laptop with a touchscreen keyboard, and when it's fully unrolled, it appears to be a full-fledged tablet. All these form factors are displayed in the mockup image above.

The patent also reportedly show a stylus that can be stored in a slot in the hinge when the device is fully folded. 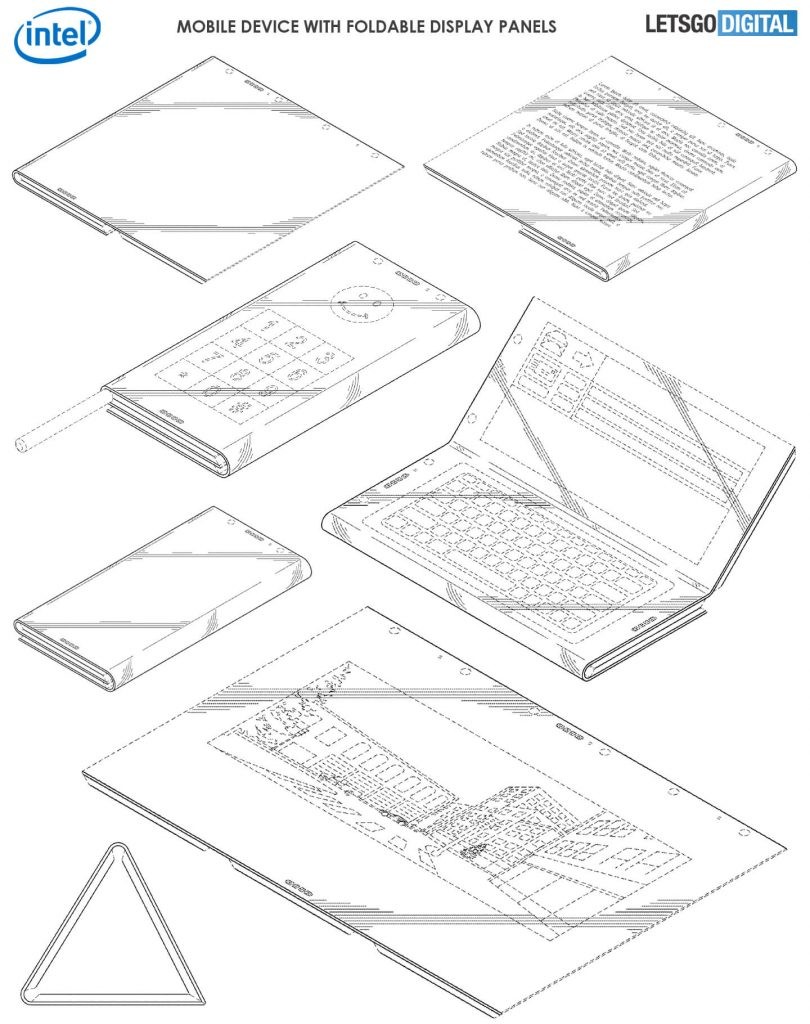 That said, this is the first time that we have heard of this purported trifold smartphone device, and sometimes patents take years to materialize in the market - if they ever do make it to the market, that is - so it is important to manage your expectations if you're on the lookout for a foldable Windows-powered device that you can use as a smartphone.