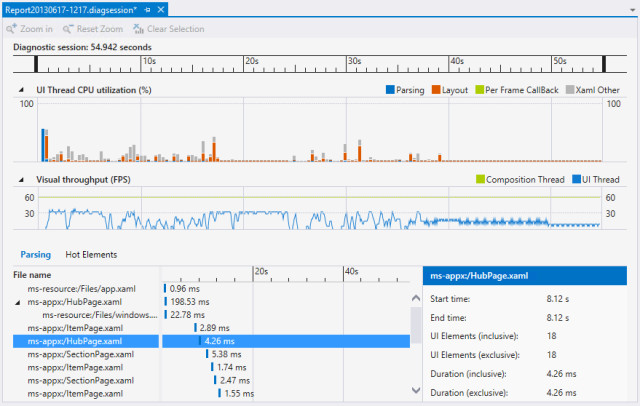 In order to better understand Microsoft’s goals with Visual Studio 2013 and this new set of services, Neowin got a chance to ask a few questions, via email, to Brian Harry, Microsoft’s Technical Fellow in charge of Visual Studio Online.

Brian has also agreed to come online here at Neowin from 5–6 pm Eastern Time today to directly answer questions from Neowin community members. You can begin to ask questions via the news comments on this post.

First, how do you and the team feel now that Visual Studio 2013 has been officially released?

There’s a modest but remarkable moment of pride that a team experiences when releasing something like Visual Studio, and today is no exception. Visual Studio 2013 has quite a number of significant new features that we’re excited to provide developers – features we ourselves use and believe other developers will find valuable. But I should explain that this is only the beginning: Over the last 18 months, we’ve committed to releasing updates to Visual Studio tools and services on a much faster cadence than in years past. We’re at a point now that we’re shipping updates to our services every three weeks. My team is constantly listening to what developers are saying about Visual Studio, what they would like to see us add and the trends that are affecting how they work, then folding into Visual Studio what we hear people asking for and believe will quickly help developers be most productive and agile. I encourage all developers to dive into the new features in Visual Studio 2013 and Visual Studio Online. There are some great new capabilities here for building next-generation applications that draw upon the cloud, while running across a range of devices.

With Visual Studio 2012, we began exploring – and adding – new capabilities that better support today’s modern developers and the new ways in which we work. We put a major stake in the ground with agile project management in Visual Studio 2012, and our limited preview of the cloud-based Team Foundation Service gave distributed development teams a free, easy-to-use online option for project planning and collaboration: just log in and you’re underway. We also began folding powerful DevOps and cloud testing capabilities into Visual Studio. Visual Studio 2013 and Visual Studio Online take these capabilities to a much more powerful and advanced level, better suited to a wider range of developers. One of my favorite features of Visual Studio 2013 is the connected IDE experience, which gives developers access to all their customized settings whenever they log into Visual Studio, from any remote machine. Visual Studio Online now features “Monaco,” a lightweight code editor in the cloud, enabling Web developers in particular to easily log in and make changes to their code from anywhere. Our agile capabilities in Team Foundation Server have scaled to the point that they’re ready to support enterprise-sized projects using agile practices – like we do at Microsoft. And certain DevOps scenarios, like rapid release of software updates and better understanding of how an application is performing for its users, are supported by services like Application Insights and Release Management.

What were some of the harder aspects of making Visual Studio 2013?

It’s worth mentioning that, like our customers, we’re in a time of transformation and our teams – like our customers’ teams – feel the same pressure to release quality products at a more rapid rate and to iterate more quickly. We understand what it means to be agile at Microsoft scale, to deliver innovation and value to customers faster than ever before. The good news is, what we’re building into Visual Studio is informed by the lessons we learn as we ourselves encounter, and overcome, these challenges.

Microsoft is now going to be releasing major software updates on a more rapid basis. Did that have any effect on the creation of VS 2013?

Absolutely. This notion is central to what we’ve built Visual Studio 2013 and Visual Studio Online to support. In short, we’re releasing updates to Visual Studio much more rapidly than ever before because, ultimately, we aim to provide developers who use Visual Studio the exact tool – or change to the tooling – the moment they recognize they need that add or change. But more importantly, we intend to enable Visual Studio users to do exactly the same thing for their users by giving them the same capabilities, and ability to iterate rapidly, we ourselves use. In addition, by delivering multiple new feature updates for Visual Studio 2012 over the past year, we’ve been able to stay at the front of development tooling technologies. We’ve placed more focus on delivering the most current and relevant features for Visual Studio 2013. You’ll see that reflected in great new features like CodeLens, which lets you see the most recent changes in code, who last worked on the code, the latest pass/fail state, and what code references exist. We’ve also been able to take team collaboration to new levels, as we’ve done with the Team Rooms feature, which provides an area for fostering and capturing communication among team members, both near and far, with activity feeds on code check-ins, build status, work item changes and more. 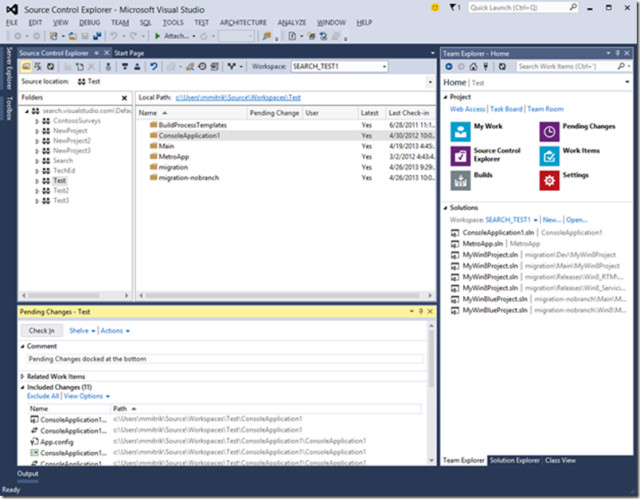 The Modern UI is now slowly becoming the norm while we are seeing the first signs of the desktop app disappearing. What direction does the Visual Studio team think the future of app development will take and how will the VS tools adapt to it?

I’m afraid I disagree with your premise. At Microsoft, we absolutely see value in, and intend to continue supporting, both scenarios – the cloud/device model and the desktop application. Each has its place and will continue to for many, many years to come. Accordingly, while you’ll recognize that our tools and platforms support the technologies predominantly behind apps, such as standard HTML5, JavaScript (and TypeScript) and XAML, you’ll also note that our investments in and commitments to .NET – the framework for building desktop applications – continues unabated. In fact, while we recently took steps to unify, simplify and reduce costs for developers who wish to build apps for both the Windows Store and Windows Phone, we also released a significant update to .NET, .NET 4.5.1, on October 17th. It’s clear that software development continues to evolve at a rapid pace, as the growing presence of devices and the cloud dictate the need for user-driven applications that span different environments. Microsoft is committed to listening to the needs of developers and delivering continuous improvement in our tools and development solutions to make creating those applications easier than ever before.

Will we see more cloud-based apps in the future and if so will Visual Studio adapt to those needs?

Without a doubt. We’re building Visual Studio to be the undisputed leading tool in the market for building cloud-based apps because of the key role cloud apps play in today’s devices-and-services model of computing. Visual Studio Online is a perfect example of both how we see this manifesting itself and how Visual Studio will adapt. With Visual Studio Online and the on-demand computing power now being offered by cloud services such as Windows Azure, the cost and complexity of a developer deploying complicated, computing-intensive scenarios – such as load testing and analytics – is now a tiny fraction of what it was just a few years ago. This trend of greater on-demand computing power being more convenient, affordable and available will only continue.

Finally is there anything else you wish to say about Visual Studio 2013?

I believe it’s a great time to be a developer, and as we evolve our developer tools, bringing together all the great capabilities in Visual Studio 2013, Visual Studio Online, MSDN and Azure, I believe we will help developers succeed at creating great applications while taking customer experiences to a new level. If you’re a developer, I invite you to download Visual Studio 2013 Express for free to see for yourself what I’m talking about, and tell us what you like or don’t like about the software – either through the comments below, or through UserVoice, which is a great venue for providing feedback on Visual Studio.

We would like to thank Brian for answering our questions. Don't forget that he will be here answering questions from the Neowin community starting at 5 pm Eastern time.