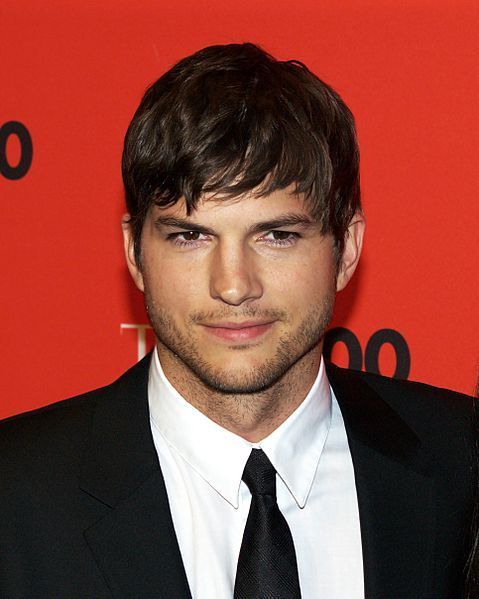 Apple's late founder Steve Jobs has been the subject of a previous biopic, Pirates of Silicon Valley, not to mention tons of documentaries. Now, Jobs' early life at Apple will once again get the film treatment with the upcoming release of Jobs: Get Inspired (working title). The independent film generated waves a few weeks ago when it was announced that Ashton Kutcher would be playing the lead role.

We got a chance to ask some questions about Jobs: Get Inspired to the film's producer Mark Hulme of Five Star Institute. This will be Hulme's first venture in the movie industry and he is putting up the money for the production which begins filming this May.

First, you founded Five Star Institute. Why did you decide to get involved in the movie industry?

Five Star Institute is a publishing, marketing, communications, and conference production company. We publish two magazines to the mortgage industry and produce the largest mortgage related trade show in the U.S. This year both Bill Clinton and George W. Bush will appear at our event. Conferences and events are as much about entertainment as they are about education and networking, so entertainment is a big part of our company. As our company has grown we had begun researching film production, and when the idea of a movie about Steve Jobs sprang up, we knew we wanted to pursue it.

What is it about the life of Steve Jobs that interests you enough to help fund a movie about his life?

On the day that his retirement was announced - with no big scandal or disaster - I noticed that the buzz about his retirement consumed our creative and IT staff for the entire day. I had never seen anything like that reaction. That was the spark. We immediately began researching and writing the screen play.

Was it hard to convince people in the movie industry that you were serious about making a movie about Steve Jobs?

The concept itself is so strong and the timing so right that we found ready interest. And when key people in the industry read the script and liked it momentum really built. People like a winning concept and well-told story.

Pirates of Silicon Valley was made in 1999, before Jobs and Apple launched the iPod, iPhone and iPad. What time period will this movie use in Jobs' life as its basis?

Our movie primarily focuses on the early years of Apple, its founding and the up and down years: 1971 - 2000.

Will the movie be based on a particular book or will it use a series of sources to research Jobs' life?

Since Apple was a public company and since Steve Jobs was a very visible and much-written-about individual, there is a wealth of source material. We also enlisted the support of primary sources who knew him personally.

Joshua Michael Stern is known for directing the comedy Swing Vote. Why was he picked to direct Jobs?

We wanted a director who could not only buy into and execute our vision for the film but could also work within our framework as an independent film company. After several meetings with Josh we were confident we had found both a brilliant and collaborative director. As an experienced writer and director Josh has a masterful understanding of the process of film making.

Ashton Kutcher is, obviously, a huge Hollywood actor and he must have his pick of projects to choose from. First, why do you think he is your choice for playing Steve Jobs?

Since our film covers the early years of Apple, when Jobs was in his 20's, we needed an actor who could carry not only the youthfulness of Jobs at the time but also the psychological complexity. Because of that, and Ashton's physical similarities to Jobs, he's perfect for our film.

Second, was it hard to get him to agree to play the role in a relatively small independent film about Jobs' life?

Can you tell us about what other characters will be portrayed in Jobs and which actors will be playing those roles?

There are a number of key players in the story: Steve Wozniak, John Scully, Mike Markkula, Daniel Kottke. We are in discussion with some exciting actors for those roles but we're not at liberty to announce other actors yet.

The film will begin shooting in May. Where is it scheduled to be filmed and will it have have any direct cooperation with Apple?

We will film primarily in Los Angeles. No, we are not connected with Apple in any way.

Is Jobs still looking for a distributor or has one been lined up?

Distribution deals are in the works, but we can't release specifics yet.

When do you think the movie might be released?

It will be released in the 4th quarter of this year.

Are you worried at all about competition from Sony's planned movie based on Walter Isaacson's book?

Finally, do you believe that the family, friends and fans of Steve Jobs will appreciate the movie Jobs when it is released?

We have purposed for the movie to be an accurate and inspirational portrayal of his fascinating life and the huge impact he had on the world, so yes we expect his family and friends to appreciate it.