With the launch of both Forza Motorsport 7, and the upcoming 4K-capable Xbox One X just around the corner, we decided to catch up with Dan Greenawalt, the Creative Director for the Forza Racing franchise at Turn 10 Studios. The latest installment in the series not only features first-on-console 4K 60FPS gameplay, but high-resolution textures and graphical enhancements likened to the highest settings on PC.

Dan Greenawalt discussed several topics we brought up, and gave us some interesting information relating to Forza, and how the number of monthly active players has jumped from the four million reported in May. According to him, the game is currently played by five million monthly active users on Xbox One, and PC. Beyond that, he discussed the latest Porsche partnership, and how the technology behind ForzaTech was specifically designed for racing and with eSports in mind. 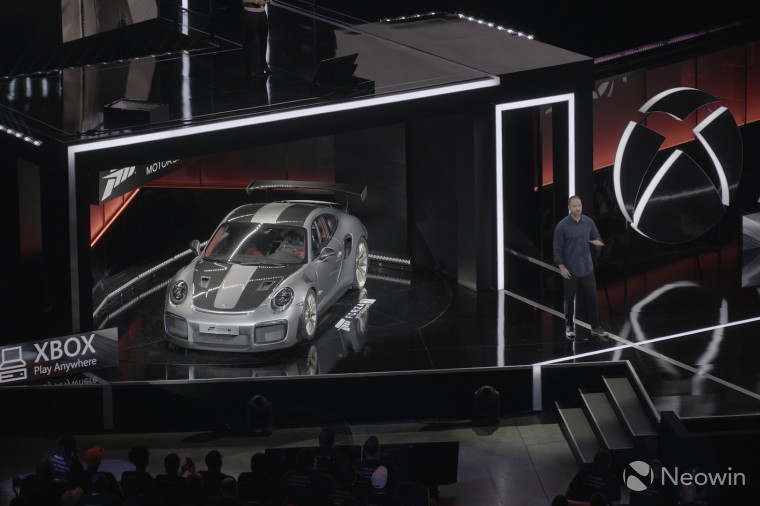 As someone who has enjoyed racing games my whole life, Need for Speed has been one of those games that have always been there. More notably, the fact that it was [mainly associated] with Porsche for quite a long time. I remember playing Porsche 2000 (released as Porsche Unleashed in North America) - the one with the Gone in 60 Seconds marketing, (yes, I'm that old) - for days on end and it is one of my favorite games of all time. When you announced that the cover car for Forza Motorsport 7 would be a Porsche, I jumped for joy. How do you feel about the ability to now explore that range of epic vehicles in the Forza franchise, beyond the normal expansions in the past?

Earlier this year, Forza and Porsche made history together with the debut of the Porsche 911 GT2 RS on stage at E3; the first time a car had been revealed to the world in this way. That’s a great example of what’s possible when two amazing teams come together to create something truly special. As the 'winningest' manufacturer in racing history, Porsche brings a level of experience and innovation that is unmatched in the automotive world. We’re thrilled to partner with them in creating more fantastic experiences for our fans in the future.

For what it’s worth, that time in racing game history was formative for me as well. I worked on Midtown Madness 2 on the PC, as well as Project Gotham Racing around that time. I remember tuning Porsches for the one-on-one events at the end of the PGR campaign!

With track racing games becoming quite turnkey, do you see any further innovation that can be had within the genre? For instance, Forza Motorsport 7 will have dynamic weather and improved water physics (in regard to puddles). What do you see the next big thing will be for the genre, or will it end up becoming a race to be the 'best looking'?

Over the years Forza has introduced innovations like the dynamic optimal line, cloud based learning Drivatar AI, and the layer-based livery editor. Like any genre of gaming, I think there is always room for innovation and new ideas.

With Forza Motorsport 7, we’ve tried to reimagine the entire racing experience from top to bottom. Take cockpit view as an example, something we’ve had in our game for years now. With Forza Motorsport 7, we’ve worked hard to convey the raw impact of what it feels like to be behind the wheel, driving a car at peak performance. When in the cockpit, you’ll see, hear and feel all the physical forces that are acting upon the car. Loose parts like wires and hoses will rattle, instrument clusters will move, netting will flap – we’ve upgraded all of the 700+ cars in the game so that every bump and skid is conveyed in powerful detail.

We’ve also had the goal of making sure that every time a player comes to race in Forza Motorsport 7, it’s a unique experience. With systems like alternate time of day and changing weather conditions, no two races are the same. These systems can result in some obvious challenges for drivers – like racing through puddles that grow or shrink with the intensity of the rain. Our dynamic skies also make for more subtle differences that I think hardcore fans will appreciate – things like cloud shadows that can make a driver rethink their apex on a particularly cloudy day.

Gran Turismo Sport went with a mostly multiplayer approach. Do you think this will be the future for racing games?

With Forza Motorsport 7, we’re staying true to the Forza franchise. Forza is a place where everyone can experience the thrill of racing at the limit – from kids sitting on the couch playing split-screen, to seasoned pros competing in the most advanced racing simulation on the planet. In Forza, multiplayer is an integral part of the racing experience - from multiplayer mods like Hoppers and Leagues to the Forza Racing Championship where eSports racers can compete for top prizes in tournaments sponsored by partners like Porsche. Forza Motorsport 7 has a playstyle and mode for everyone. 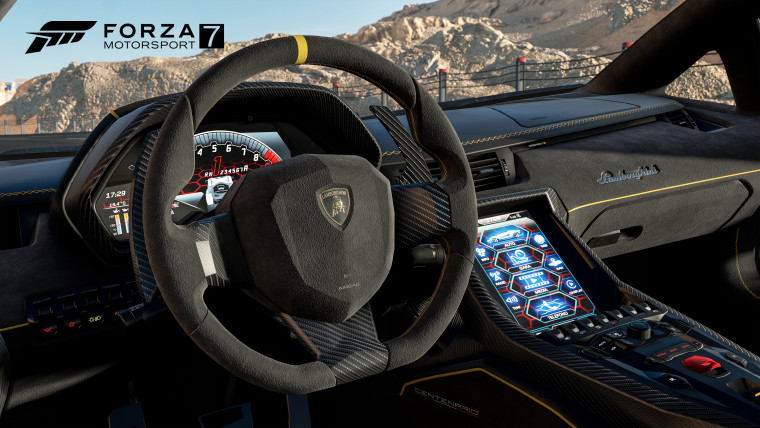 When I saw the screenshot of ForzaTech running on the Xbox One X, I was quite blown away by the efficiency of the engine [which was covered before]. I also watched gameplay for Forza Motorsport 7 on a 4K TV and I had to stop myself from drooling. In your opinion, what do you think the next big step will be for the studio and its work on that engine; and can that work be brought to other projects, perhaps in another genre altogether?

Microsoft announced that Forza Horizon 3 will be upgraded for the upcoming console. Many gamers have wished for the game to run at 60FPS, something that many developers seem to not want to aim for, or cannot achieve. Do you think there is room for that big of an improvement on Xbox One X, or are you only focusing on hitting that 4K mark?

With Turn 10 Studios leading development for Motorsport and Playground Games developing the Horizon series, we can share our technology, creativity, knowledge, and experience, which allows both teams to push harder and innovate more than we could do on our own. We’re looking forward to sharing more details on Forza Horizon 3’s enhancement for Xbox One X later this year.

Why haven't you guys experimented with a mode where you add realistic crash physics for the cars, in addition to the already rather difficult Simulation mode in-game?

While we’ve had both cosmetic and simulation damage in Forza games for years now, our priority has always been on delivering the best driving and racing experience, making sure that cars behave precisely the way they do in real life when being driven at the limit.

Your DLC packs have been something that many people look forward to, myself included, with the most recent Hot Wheels expansion being extremely well received. However, you sometimes 'lock in' a bunch of vehicles in a bundle pack where you have to buy all the cars for say $15, even if you really wanted only the one that would have cost $5 on its own. Is there any chance you guys might change this in the future? Because I found myself on the edge of buying several cars, but what usually stops me is the fact that it would be too expensive buying things you won't use.

Forza Motorsport 7 will have DLC cars but it’s important to remember that the game will launch with more than 700 cars right out of the gate. All of the cars in the game can be driven for free in Free Play and Rental. There are also tons of ways to earn cars in the game – whether buying them with in-game credits, earning them through level up rewards or part of #Forzathon events. You’ll also earn cars as you progress through the Forza Driver’s Cup single player campaign. Best of all, all the cars you own will increase your Car Collector tier, which will, in turn, make the rewards you earn for leveling up – things like credits, Mod cards, and new Driver Gear – that much better. 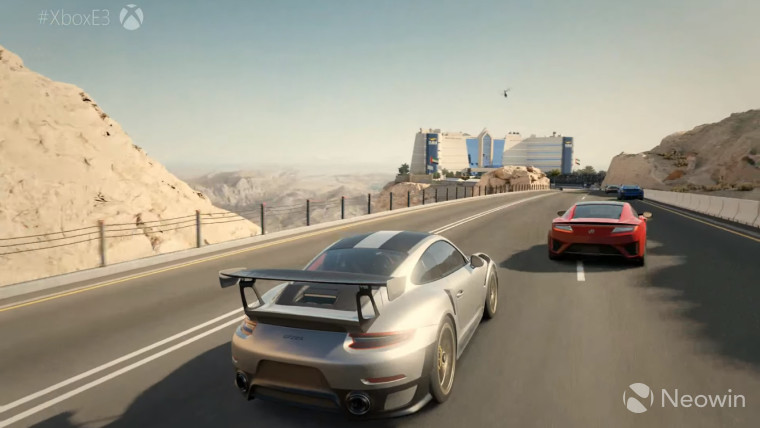 Final question. With Forza becoming more popular by the day, how does it make you feel when critics call your game the best racing title in the genre, or 'genre defining'?

It’s great to hear all kinds of feedback from fans and critics alike. Of course, we love hearing the nice things that fans have to say, but we listen to everyone. After all, more than 5 million players per month play Forza games and that means we have a huge community of passionate fans who are loud and proud about what they love about Forza and what they think should be improved. I believe there’s something we can learn from every Forza fan to make all of our games better.

Forza Motorsport 7 will launch on October 3, on both Xbox One and Windows 10. The game will be fully optimized for the Xbox One X, featuring 4K 60FPS gameplay, as previously mentioned. The developer also announced that those looking to experience the upcoming game before launch can try out a demo, which will go live on September 19.

The Xbox One X will launch shortly after on November 7 and will feature a 6 teraflop 4K-capable GPU and 12GB of RAM. The console will ship worldwide and will retail for $499. Microsoft recently launched a limited run Project Scorpio edition, which sold out within hours of its pre-orders going live.