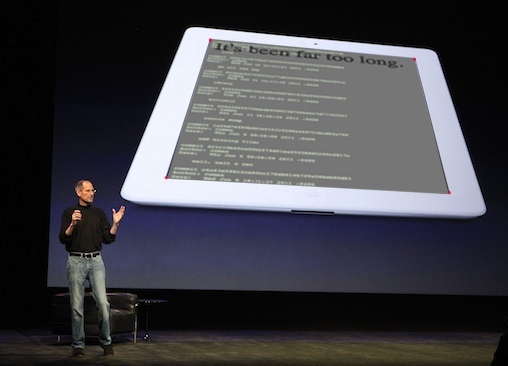 Sometime yesterday, a beta of iOS hacker Comex's iPad 2 jailbreak method was released to the internet. We've known that it's been possible to jailbreak the iPad 2 almost since day one but this is the first time since the tablet was released that a jailbreak method has been available outside of the beta circle. The method is performed in the exact same way as the official and dead-simple JailbreakMe method which relies on a PDF exploit in mobile Safari. Navigate mobile Safari to the specific URL and you can begin the jailbreak process. The browser will close, and the all-too-familiar Cydia icon will appear on the home screen along with a progress bar. The device will then restart and your device is now jailbroken. So far it's been reported that this will work on all iPad 2 models running iOS 4.3.3 or earlier. I can personally verify that it will not work on an iPad 2 running iOS 5 beta 2. It should be heavily noted, however, that this is not in any way an officially sanctioned release by Comex. For all we know, it could be an elaborate scheme to distribute malware or collect personal data. Extreme caution should given if you choose to use this method before the official one is released.

Interestingly enough, iJailbreak reported that last evening, they found an auction listing for the domain JailbreakMe.com. The GoDaddy auction listing has the appraisal value as of April 2008 at $316.50 but the price as of Sunday evening is $2,500 with 32 bids. Of course, one could leap to the conclusion that perhaps Comex decided to hang up his iOS hacking shoes after his work had been released or perhaps is considering a change in address. However, a tweet from Comex Sunday afternoon confirmed that he does not actually own the domain and did not put a listing up for the site. It's very possible that the two events are not interrelated, but it's an interesting coincidence nonetheless.