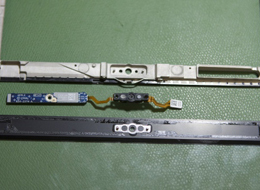 When Apple unveiled its iPad, there was one feature that was left out that seemed like a no brainer.  Why did Apple omit a webcam from the iPad?  They are branding the device as a tablet that excels at media playback and communication; why would they leave out the webcam?

A company called Mission Repair, via Mashable.com, who specializes in repairing Apple products, received their iPad replacement parts, and one thing became very obvious.  The frame of the device is already designed for a webcam; in fact, the opening in the frame holds a webcam from a Macbook perfectly.  So why would Apple hold off on a webcam when the device was designed to support one?

While there may be a legitimate reason, current speculation is that maybe Apple is holding off on the webcam for a future revision.  Apple has a tendency to hold wanted, but not essential, features from its products until later revisions.  Look at the iPhone for example, how long did it take the device to get the ability to send MMS messages?