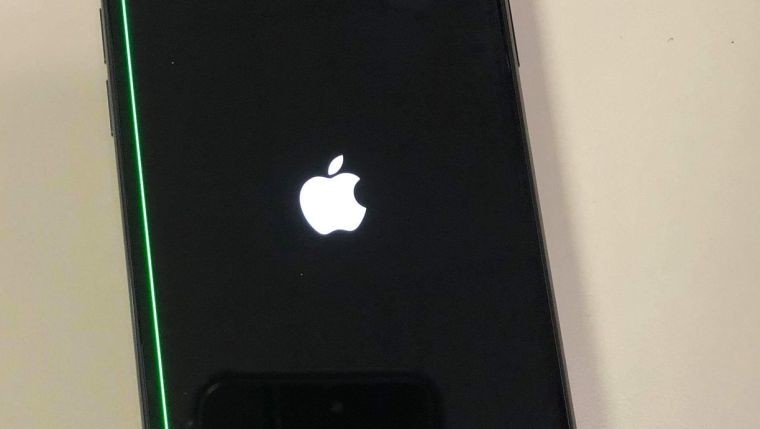 While the iPhone X is proving to be a popular high-end device for Apple, it is not without some technical issues. Cold weather apparently affects the touchscreen, and there have been some problems with the GPS. A new issue apparently is cropping up where a thin lime green line is showing up along the edge of some displays.

Reported incidents are very low at this point, but the number does appear to be growing, as posts on Reddit, Twitter, and even the Apple Support page have started to appear. Rebooting the device does nothing to fix the problem.

My new #iPhoneX appears a green line on the screen?, and the faceID can’t recognize me when I with glasses.@Apple @AppleSupport pic.twitter.com/Fgj5fg9v2x

Apple support has been responsive so far, vowing to work with users to fix the issue. Initial solution options usually begin with asking if the user had updated to the latest 11.1.1 iOS.

While it isn't exactly a green screen of death, it is still another issue that Apple hadn't planned on. And while the initial instances of those reporting the problem are low, there is no telling how many have experienced the issue without reporting it. It could also be an issue with an installed app that may be incompatible in some way.

No matter what the cause, it looks like Apple engineers have more troubleshooting to do.