Chances are when you think of a basic cell phone - it's a clamshell / flip that has zero style and is all about functionality. While these used to be fairly prominent amongst users looking for a simpler experience, a majority have found a way to move on and have abandoned these "relics" in exchange for cheaper, powerful and more versatile smartphones.

While 'dumbphones' may never rise to prominence again, there is and always will be a community that enjoys niche products that pluck at the heart strings with nostalgia. Such is the case with the Janus One, a simple, yet elegant cell phone that was backed by over 1,000 people that pledged a combined $100,000 on Kickstarter. 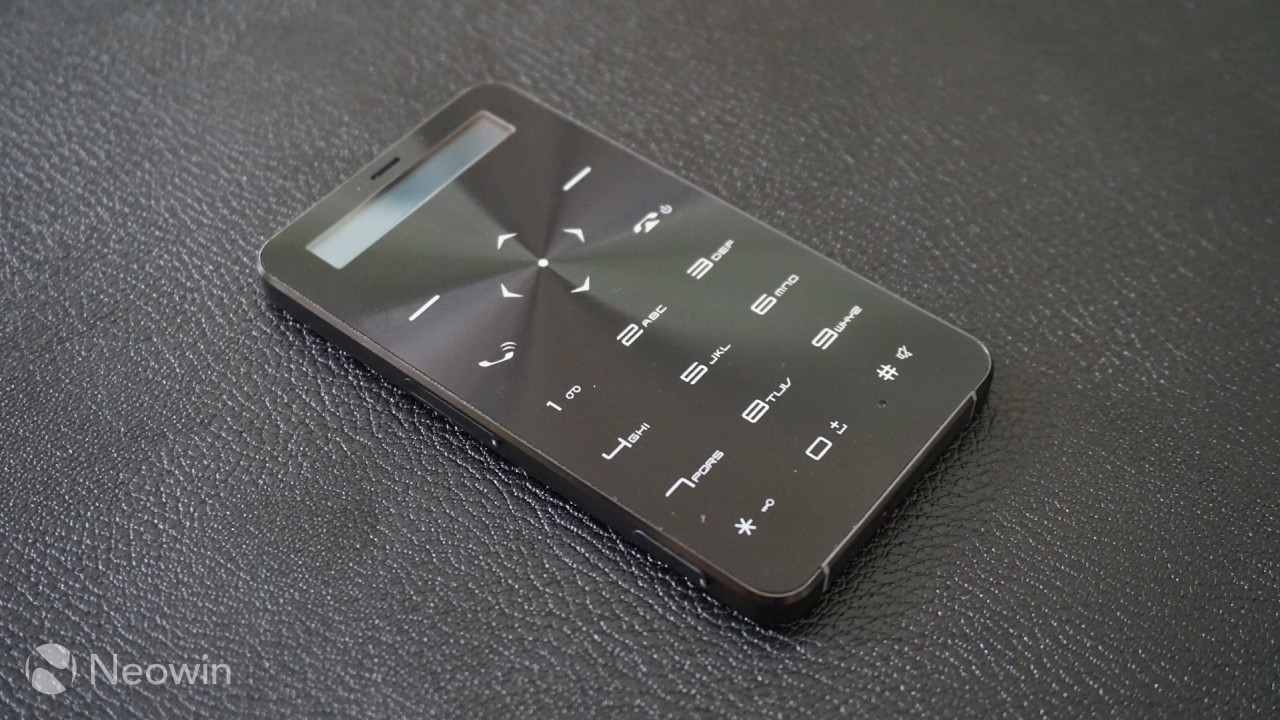 The Janus One is a simple slab style device ( 3.90 x 2.24 x 0.22 in ) that melds the simplicity of a basic cellular phone with the design and materials of something you'd find on a high-end smartphone. Okay, that last part might be pushing it a little, but it really is a nice piece of hardware. 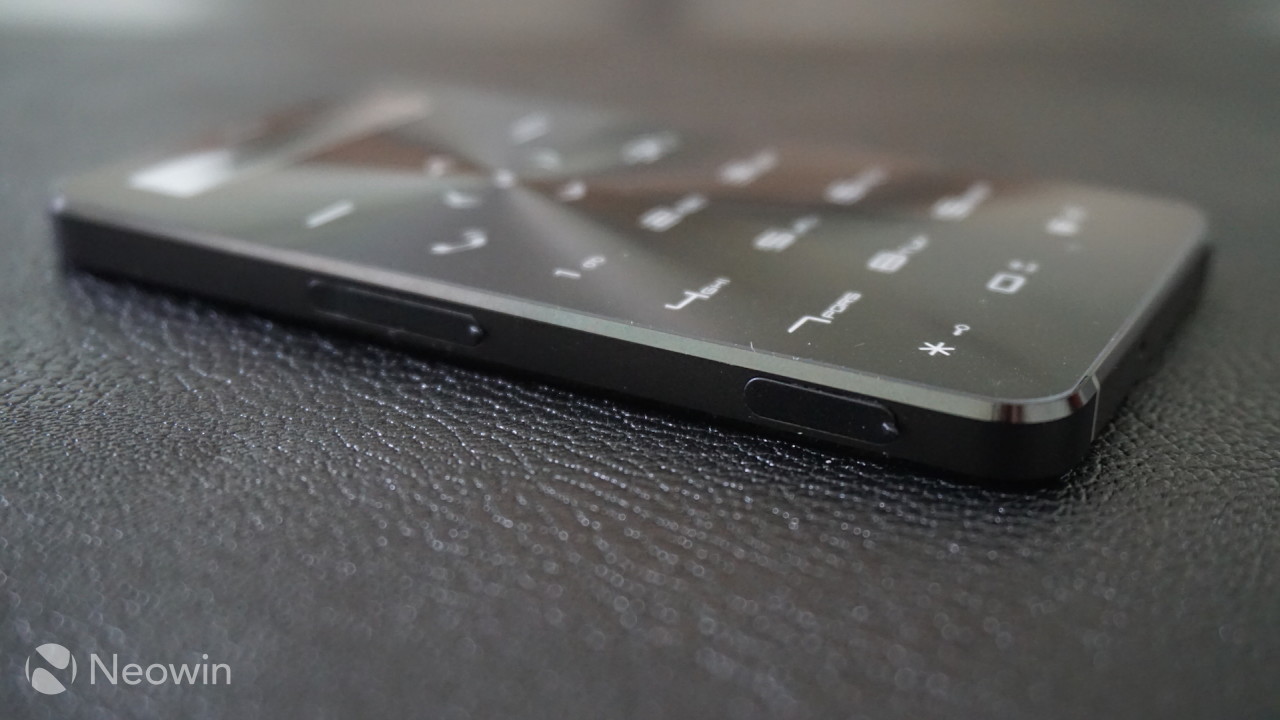 The One feels heavy in the hand thanks to its zinc alloy mid bezel that is sandwiched between two plastic pieces with similar texture to what's found on a lenticular motion trading card. The front offers a slim 1.68" OLED display, a large backlit number pad with ports on the left side (microUSB and microSIM slot) that are protected by rubber port covers. The keys for the arrow and number pad feel okay for the most part, but can feel a bit mushy due to it utilizing a membrane keyboard. Overall, I like the weight of the phone and although the keys could have a bit more feedback, its an easy trade off considering the phone is water resistant. 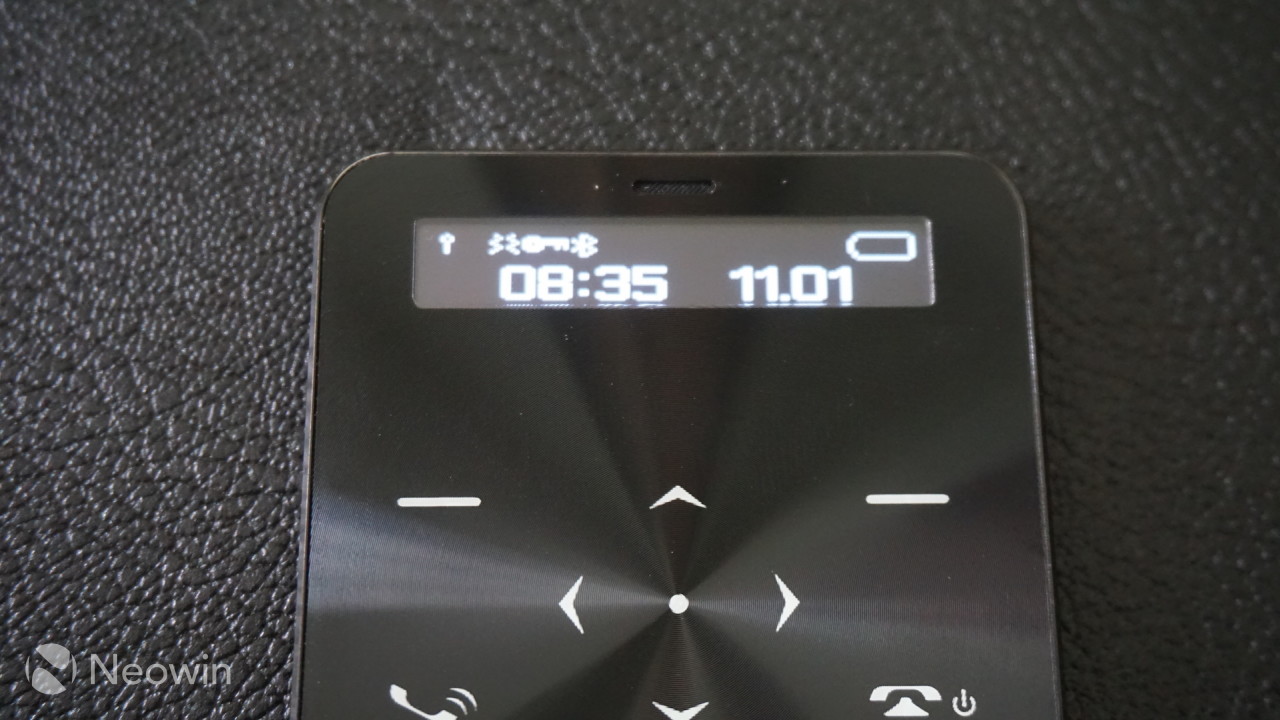 This part won't quite be as expansive as what you had hoped. After all, the 'One' doesn't run a complicated OS. If you have ever used a mobile during the 90's or even early 2000's, you'll be familiar with the stacked menu system of the One.

What I can say is that for basic use, it works. But, when you begin to type out a text message, it becomes evident that features like predicative text input might have been a nice touch. Also some of the menu options don't work - pedograph, remote capture and find phone. Overall, this isn't a complicated menu and it works for the most basic interactions. But, having only one line displayed at a time definitely hurts the experience making the navigation of menus a bit tedious. 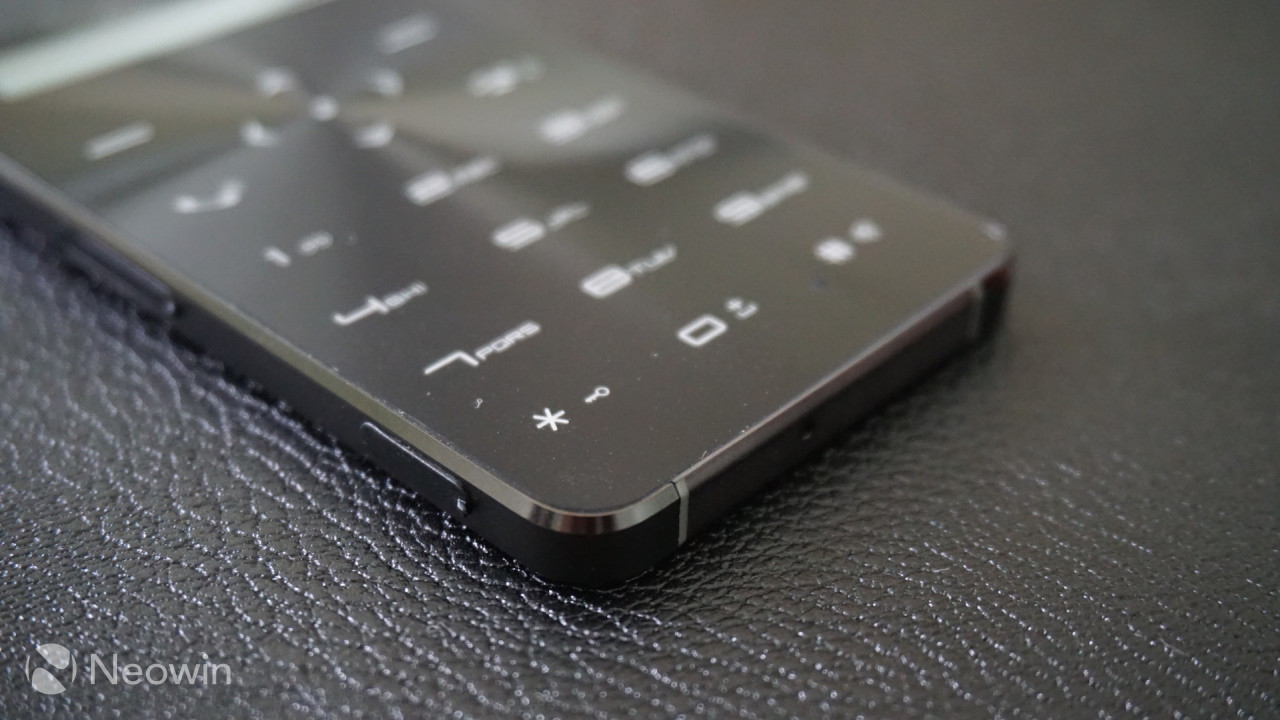 Sadly, this is where I regret to inform you that the Janus One did not work as a mobile phone. After popping in different SIM cards from different mobile providers, the phone simply refused to work. I reached out to the company and was informed that in the U.S. the Janus One might not work due to its 2G radio. Despite confirmed 2G coverage in many areas that I travel (in the United States), not once did a receive a signal. Interestingly, even if there wasn't signal, I would think that One would at least acknowledge that a SIM was present. You can imagine my disappointment. I was looking forward to trotting around a device for a few weeks (one charge has lasted three weeks so far) without charging it. 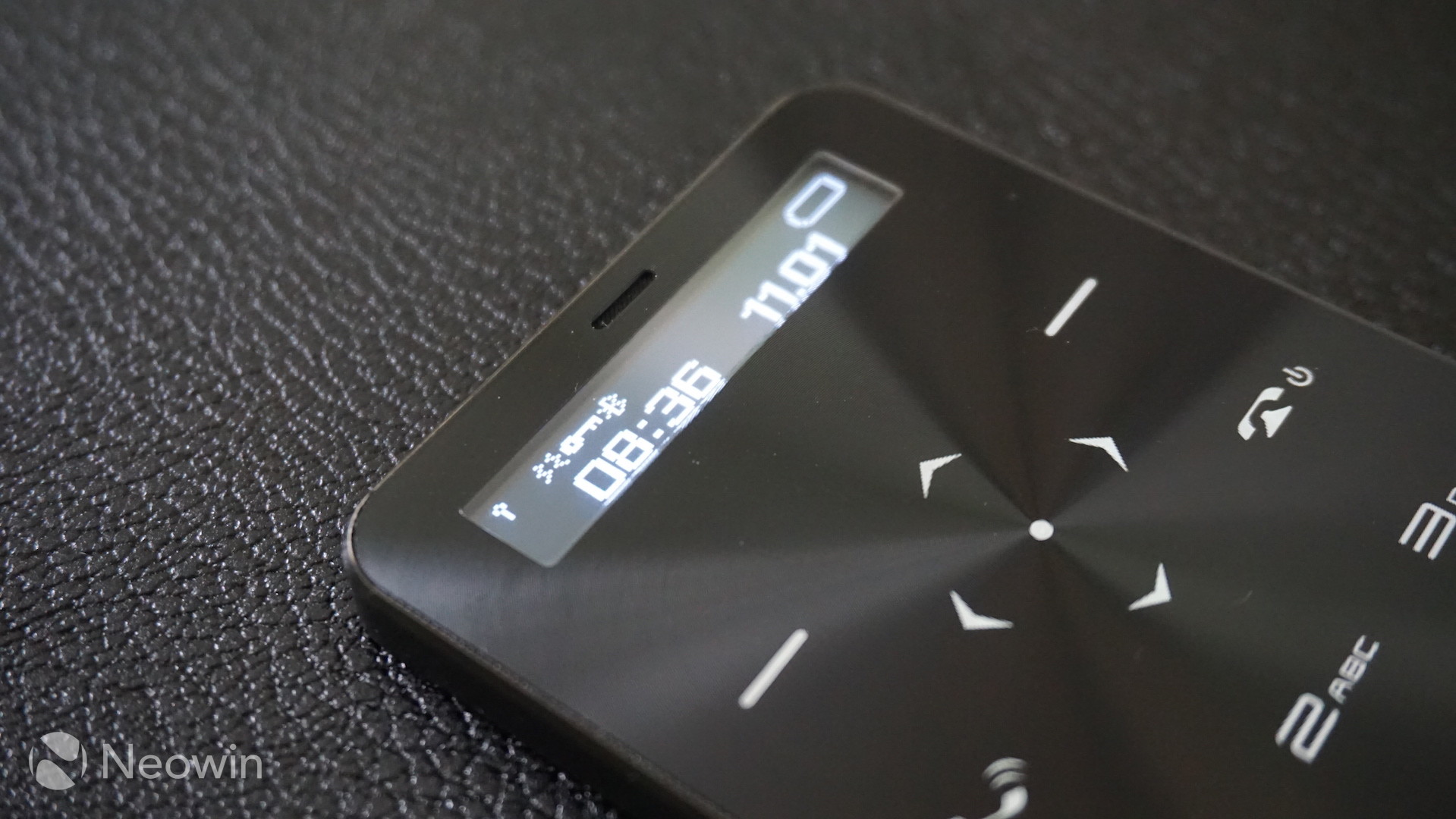 With hopes dashed of using the phone on its own, I had to rely on tethering it for a simulated experience. As a tethered handset, it works like standard Bluetooth earpiece, but offers the ability to access various data from the connected phone. When tethered you are able to access contacts, texts, call logs and more - in this case I was tethered to an LG G4 and it worked extremely well. Naturally, this was convenient when I had my phone in a bag and the Janus One in my pocket.

So despite the phone not working as I intended, I still had some fun using the device and found it a suitable companion to my smartphone. While it does compliment a smartphone well, it is completely unnecessary and cumbersome. The only saving grace of having the Janus One paired with a smartphone in day-to-day use is the fact that the Janus One can also be used as a charging pack (1500 mAh). 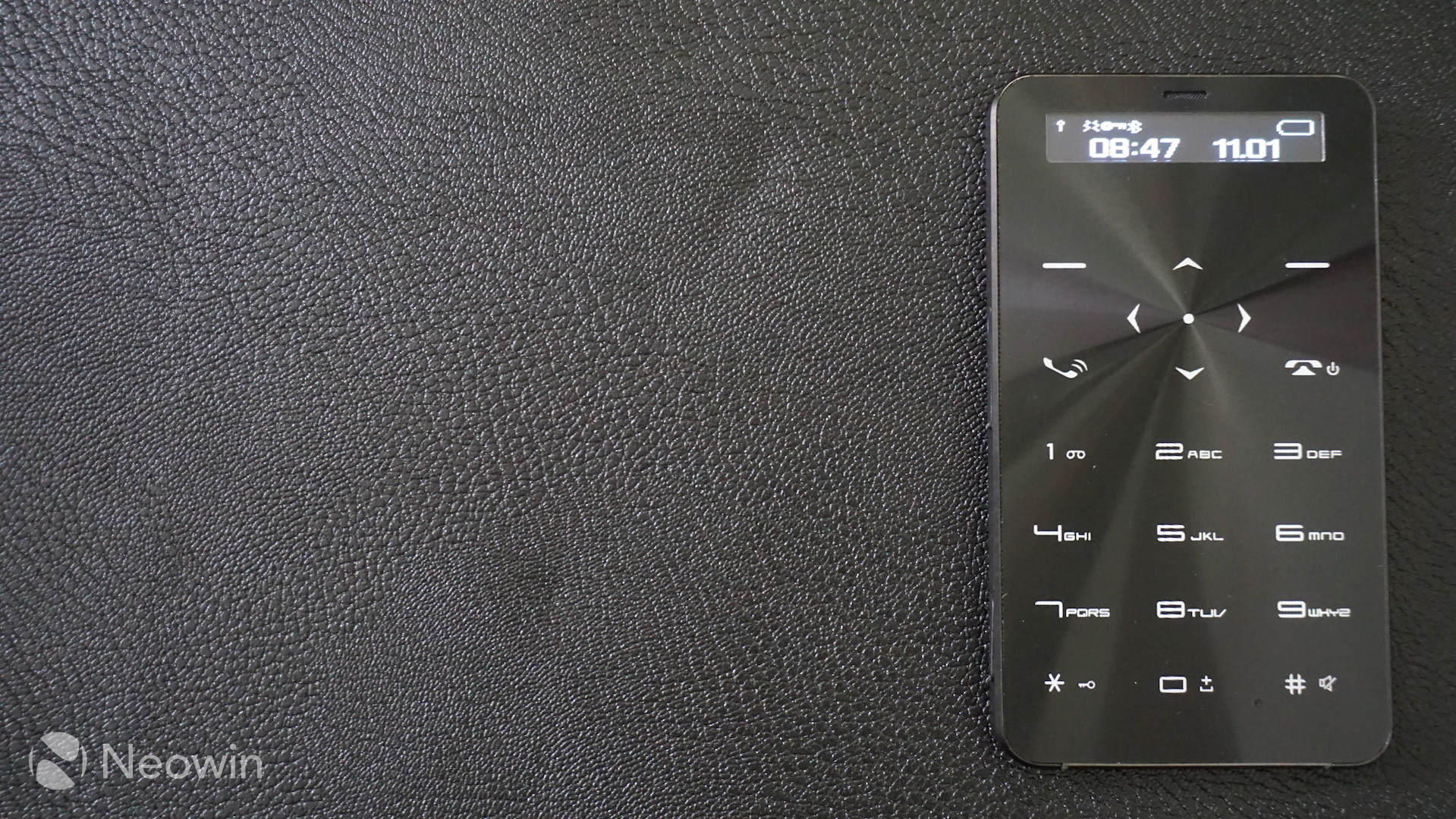 It's tough to summarize my experience with the Janus One considering that I wasn't even able to use it as a standalone product. But, from what I could test, the device feels good in the hand, offers great battery life and is a fairly versatile piece of equipment.

If we judge it by its price, it's clearly geared towards a niche crowd. But, its innards (2G radio) suggest that this could've been a device made for developing markets. When I first reported about the Janus One, an eagle-eyed commenter noticed that the Janus One was simply a rebranded device that was already available outside the US for much less ($40) which could indeed support this theory.

But, as it stands, the Janus One is a device that started at $69 for early backers with a standard price of $99 USD. Although the Janus One did tickle my fancy, the nostalgic high was crushed when I was informed that it wouldn't work in my region. While I don't know where all the orders for the Janus One are headed, it's troubling to know that many could be in a position like myself - left with a product that won't function.

If the 'One' is capable of functioning in your area, it will be ideal for someone who has rejected the idea of using a smartphone, found a smartphone too complicated or again the niche user. This could also be a great device in a rugged environment due to its solid build, resistance to moisture and long battery life. While some might find the One a bit too primitive for 2015, others will embrace the simplicity and find the experience liberating. Whichever the case, the One takes something old, repackages is it into an elegant and solid presentation and offers it to the highest bidder.