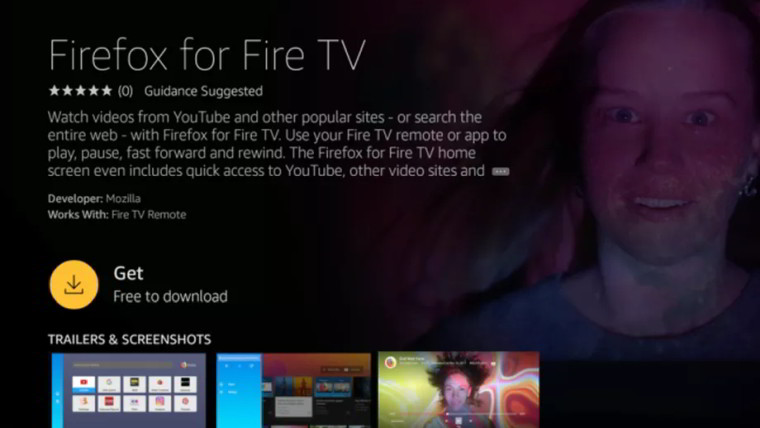 While Google and Amazon continue to spar over access to the products on the other's devices, Mozilla has politely walked into the fray and offered up its Firefox browser for Amazon's Fire TV, giving users access to Google's YouTube video service.

The new Firefox release announced by Mozilla specifically mentions being able to browse websites "like YouTube" to play videos full screen on Fire TV. It even goes into extra detail in the Features of the browser:

This is good news for Fire TV users, since Google said earlier this month it would pull support for Fire TV and Echo Show on January 1. The feud is more than two years old, beginning when Amazon said it would no longer stock Chromecast devices on its website. Then, in September, Google then pulled support for YouTube from Amazon's Echo Show. That move, coupled with this month's decision, forced Amazon to relent late last week and say it would again start stocking Chromecast devices. The two have since engaged in "productive discussions" to resolve the issue.

Even if the feud does not get resolved and a tit-for-tat again commences between the two companies, at least users of Fire TV won't have to suffer. They will have their YouTube and Mozilla's beefed up new web browser as a bonus.