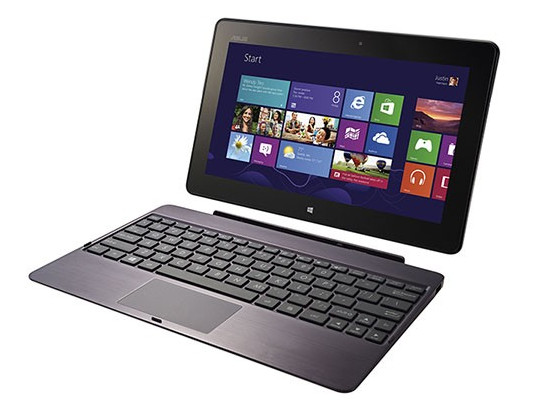 While Asus has hinted recently that they were scaling back their plans to make tablets that use Microsoft's Windows RT, today the PC hardware company made it official, revealing that they will stop making products that use the ARM operating system.

The Wall Street Journal reports that Asus cited the lack of compatibility with older Windows applications as one of the reasons for poor sales of its Windows RT units. The company released only one Windows RT device, the VivoTab RT, which was first launched in October 2012 alongside the Windows 8 launch and Microsoft's own Windows RT tablet, the Surface RT.

Asus CEO Jerry Shen is quoted as saying, "It's not only our opinion, the industry sentiment is also that Windows RT has not been successful." Asus took a write down charge on sales of the VivoTab RT in its second quarter, but the company did not disclose a specific number.

Microsoft tried to put a spotlight on the Asus VivoTab RT in May when it featured the tablet in one of its recent TV commercials that compared Windows 8 and RT products to Apple's iPad.

With Asus officially out of the Windows RT business, it's more than possible that other PC makers that have already made Windows RT tablets will follow suit. Lenovo recently stopped selling its only Windows RT notebook, the Yoga 11, on its website. Samsung's only Windows RT product, the Samsung Ativ Tab, was never officially sold in the US.

However, Microsoft is still committed to Windows RT and is still selling its Surface RT tablet. On Thursday, NVIDIA's CEO confirmed it was working with Microsoft on a second generation Surface RT tablet. Dell, which launched the Windows RT XPS 10 tablet, has said it has plans for future Windows RT devices. Finally, there's lots of rumors and evidence that Nokia could be developing its own Windows RT tablet for a launch later this year.