The ad-supported iTunes Radio service will be no longer available for free later this month. Apple has begun emailing users, saying the iTunes Radio stations will go completely ad-free and will only be available to Apple Music subscribers. The closure will also affect iTunes Match subscribers who had access to the stations without ads, as they too will now need an Apple Music subscription. 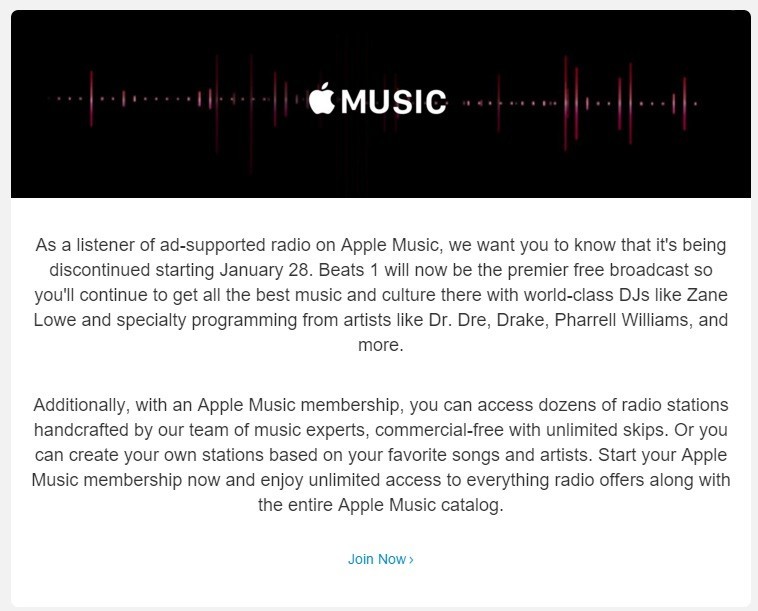 Starting January 28th (January 29th in Australia), Beats 1 will be the only radio station iTunes users can listen to for free. The decision to drop the ad-supported radio stations coincides with Apple discontinuing it's lackluster iAd platform.

iTunes Radio offers stations programmed by Apple or playlists that are automatically generated based on artists or songs selected by a user. This will remain unchanged under the Apple Music service.