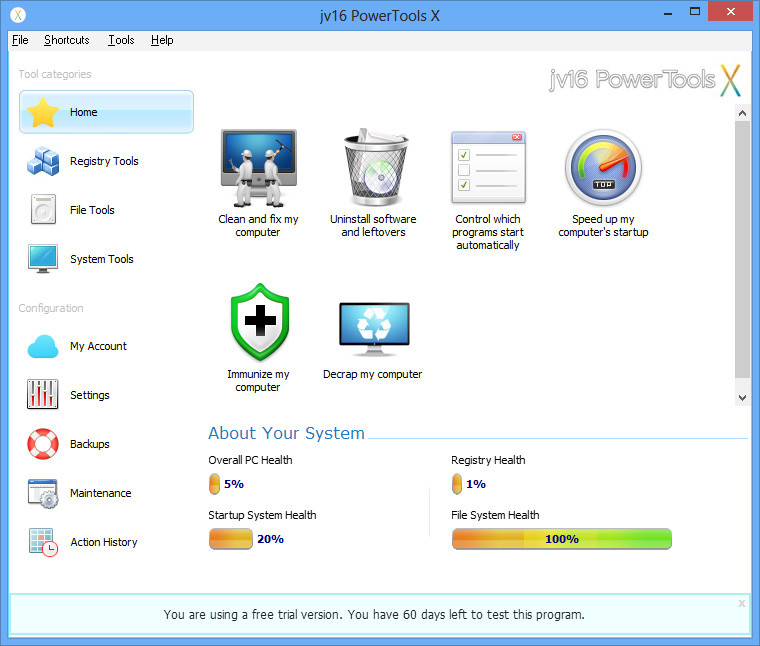 The release was made alongside an industry-wide benchmark report showing jv16 PowerTools X achieving up to 14 percent improvements in PCMark 7 benchmark scores and up to 68 percent improvements in the Windows startup speed. Using different computers and Windows operating system versions, the PowerTools X product was able to improve the Windows startup time by 38 seconds on average.

The main features of the jv16 PowerTools X include: