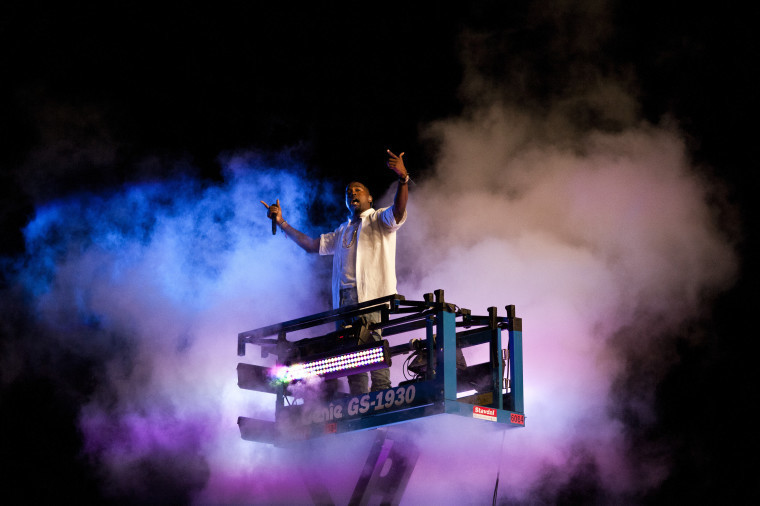 The controversy surrounding the life and career of renowned rapper and entrepreneur Kanye West continues, as he accidentally tweeted a picture showing recent searches of The Pirate Bay.

While the tweet was intended to show that he was listening to a song from singer-songwriter Sufjan Stevens, West’s followers soon picked up the mistake of leaving his other tabs visible.

He had two tabs showing that he had recently searched for a piece of software called Serum, a digital synthesizer created by the company Xfer Records, along with 'torrent' and 'Pirate Bay'. The product is currently priced at $US189. Several fans took to Twitter to call the artist out, but it was popular house musician Joel Zimmerman (commonly known as Deadmau5, and who also co-founded Xfer Records) who personally attacked West.

From then, a row erupted over Twitter, which included jibes about Deadmau5’s mouse mask and Kanye’s open financial struggles has erupted and is still continuing. West asked Deadmau5 to perform at his daughter North West's second birthday party, but instead of his trademark mouse head, he was asked to wear a Minnie Mouse head.

Do you do birthday parties?? My daughter loves Minnie mouse…

@kanyewest perform at your own daughters parties. You're a bigger fuckin clown than anyone I know.

All of this has occurred only weeks following the exclusive release of West’s seventh album The Life of Pablo on the subscription streaming service TIDAL. Hollywoodlife.com said a source told them he was outraged at the reported half a million downloads via Pirate Bay. The source even said West was in talks to begin legal action against the peer-to-peer torrent sharer.