Earlier today, we delivered our verdict on the Nokia Lumia 630, Microsoft's new entry-level Windows Phone 8.1 handset. As the device continues its global rollout, it will face intense competition within its price range, not just from increasingly compelling low-cost Android handsets, but also from the growing number of manufacturers that have joined the Windows Phone platform this year.

Two big names in one of the world's largest markets are among these new additions. In recent weeks, Indian manufacturer Micromax announced its first two Windows Phones, followed soon after by XOLO, which claims its first WP handset is the "world's lightest smartphone", weighing just 100g. Fellow Indian brand Karbonn Mobiles will soon join them, launching a trio of Windows Phone devices. 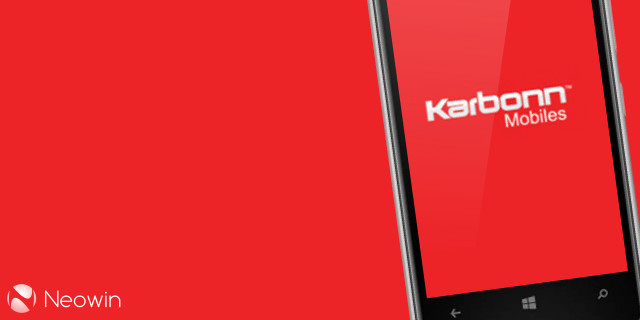 Speaking with The Economic Times, Karbonn executive director Shashin Devsare said that the company's three new Windows Phones will target the more affordable end of the market. The devices are expected to be priced between Rs.8,000 and Rs.15,000 INR (roughly $130 to $250 USD), and will go on sale this quarter.

Figures from industry analysts IDC indicate that Microsoft's share of the Indian smartphone market stands at just 5% - versus 80% share for Android - but Karbonn hopes that it can boost the appeal of its Windows Phones by 'completely localising' them. The handsets will feature a suite of India-focused apps and services, an approach that Devsare suggests is favoured by Microsoft. He said: "Microsoft sees great value in developing an ecosystem through partnership with local players like Karbonn."

Karbonn is also investing considerable sums into extending its operations to a further 25 markets, adding to the 40 countries in which it already offers its devices.

Source: The Economic Times via WinBeta
Image is illustrative and does not represent an actual Karbonn device