In March, Microsoft removed a number of fake apps from its Windows Phone Store that were made to make people think they were created by Google. Now the security firm Kaspersky Lab has discovered even more fake apps have been published in the store, all uploaded by the same person or group, including another version of the now infamous "Virus Shield".

In a blog post, the firm said they first discovered the apps when they found a "Kaspersky Mobile" listing in the Russian version of the Windows Phone Store. The company does not offer any products with that name. The blog added:

However, the scammers seem to show a bit more knowledge about software developers and their name-dropping wasn’t limited to Kaspersky Lab. The fake AV creators uploaded numerous other types of paid apps to Windows Phone Store that used the names and logos of several popular programs. 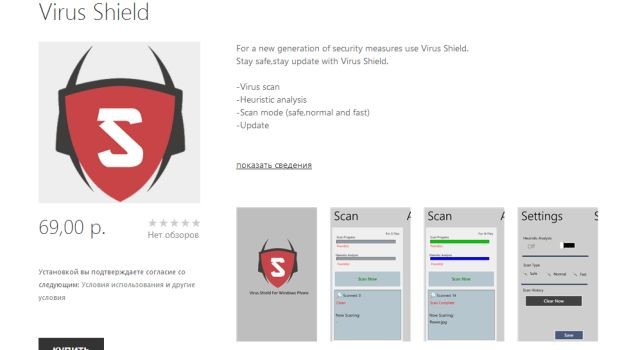 In addition to posting a number of fake Google apps, this group also got Microsoft to publish their version of "Virus Shield", the now infamous Android "antivirus" software that was the number one paid app on Google Play before being exposed as a scam.

The firm also noted that another fraudulent app with the Kaspersky name got published on Google Play this week. It added, "It is quite possible that more and more of these fake apps will start appearing. One thing is for sure – the mechanisms put in place by the official stores are clearly unable to combat scams like this." Neowin has contacted Microsoft to see if they wish to comment about this new rash of fake apps in the Windows Phone Store.