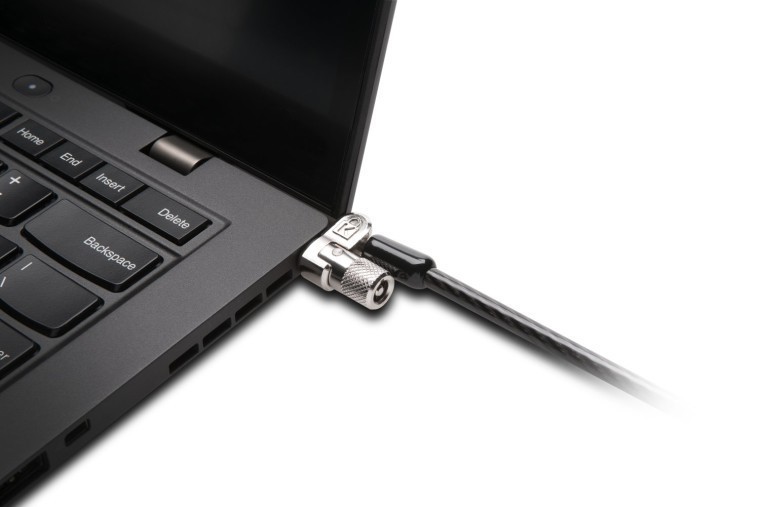 If you work in a large corporation, you probably have a Kensington lock keeping your laptop or other device secure to your desk. The company has been securing computers for nearly 25 years with the ubiquitous MicroSaver lock. While it still does a good job protecting your hardware, the passage of time has made it stick out like a sore thumb as laptops become thinner and look more elegant than ever before.

The company has taken note and in response today released the MicroSaver 2.0. While the old version of the lock is 17mm in diameter, the new MicroSaver 2.0 is only 10mm, but promises to have the same security as the original. In addition to normal testing you would expect, such as cutting the wire or smashing the lock itself, Kensington actually takes extra precautions to ensure the longevity of the MicroSaver 2.0, including testing the device in a salt bath to make sure the coating prevents rust and subjecting the lock to extreme temperatures (110F in Arizona and -30F in Minnesota).

Security of devices is extremely important, and although many large organizations take it seriously, according to a recent survey, 54% of IT departments do not lock their IT equipment. Although many people feel that their office space is secure, the same study showed that IT theft in the office is nearly as prevalent as from your vehicle, with 25% of thefts coming from cars and 23% from the office. Surprisingly, hotels (15 percent) and restaurants (12 percent) were much further down on the list.

The new MicroSaver 2.0 works with all existing Kensington lock slots, which are on practically all devices from laptops to projectors to printers, and costs $49.99 retail.