And now, you can mount your smartphone onto a tripod for snapping memories when family and friends are over. Yes, a real tripod, thanks to this Kickstarter project named the "Slingshot."

Actually, it's not just a tripod mount. It's also a stabilizer for shooting videos, a portable tripod for filming gadget reviews, and of course a portable dock for viewing videos - or video conferencing, if you prefer.

Slingshot was conceived by Charles Waugh, a photographer by profession and a design engineer. The Slingshot was designed to comfortably hold most smartphones - iPhones, Androids, and Windows Phones alike, with cases or the naked phone itself. The stand's grips allows the user to hold it upside down, with the phone still intact. Even the massive Samsung Galaxy Note manages to fit. 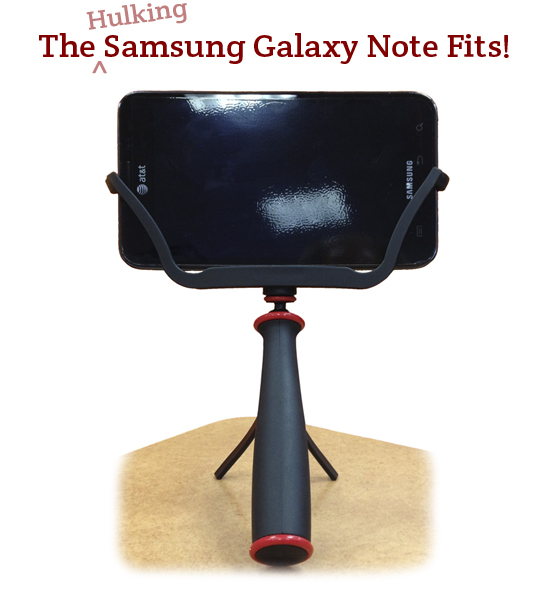 The Slingshot may not ever run up the same level of funding as the Pebble smartwatch, but it has already met its modest funding goal of $20,000 after about two days. Not bad for a stand that will only cost you $14 as a backer of this project on Kickstarter.

Want one? You have 30 days before the project is funded. Delivery is slated for this June.