While Windows Phone sales are growing steadily in major markets such as India and the EU, another country where this is also happening is Pakistan. Patrick Mercanton, head of marketing for Near-East, North Africa, Levant and Emerging Asia for Microsoft Mobile Devices, in an interview to The News has highlighted this drastic growth and stated that "Windows Phone is now officially the second smartphone ecosystem by volumes sales". 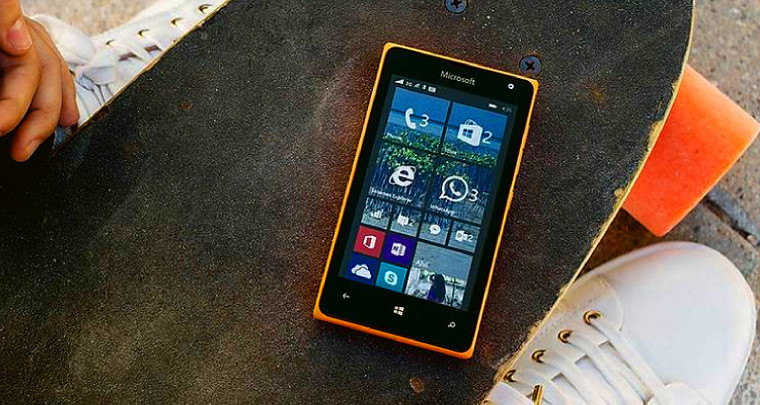 Mercanton claimed that the change of branding from "Nokia" to "Microsoft" hadn't faced a negative reaction from the Pakistani audience at all, and the people there have taken to the new branding just like they did with the former. Moreover, the actively growing amount of Nokia-made feature phones used in the country also had a positive impact, as people using these phones were more likely to use a Windows Phone made by Nokia/Microsoft as their next device.

The executive also said that people who already used the Windows desktop OS would be more likely to jump ship to the phone OS once Windows 10 officially launches in the country, with people being enticed by the "seamless experience across screens." Coupled with the competitive pricing of Microsoft Lumia smartphones- such as the Lumia 535 which costs roughly PKR 14000 (~$140) in the country, Windows Phone share is likely to increase over the next few months.

Mercanton believes that while Windows Phone is now ahead of iOS in terms of volumes sales this quarter, the competition with Android is still far too much one-sided. But he also states that Windows Phone devices such as the Microsoft Lumia 535 are bound to shift the audience trend in favor of Microsoft. He emphasized by saying that Lumia activations had tripled in Q1 2015 as compared to the previous quarter, and that the Lumia 535 had been the highest selling Lumia in the region's history. He also noted that:

Microsoft Lumia devices offer Nokia’s build quality with the latest Windows OS and interface. Their design is robust, vibrant, colorful, and engineered for optimal efficiency. They simply stand-out in a sea of Android devices. The Tiles interface is unique; and studies have shown that after just a few hours of getting used to the new interface, the wide majority of consumers prefer it.

Another major advantage the executive counts in favor of Microsoft is that in Android and iOS devices, you'll experience something different with each device, experiences which may not be entirely best-suited for you, but with Windows Phones, "All Lumia phones deliver the same great software experience" regardless of their price; with the newly launched Lumia 430 Dual-SIM being the perfect example of that. Considering the market trend in the country, Mercanton says that currently they'll be targeting the PKR 8000-20,000 (~$80 to $200) price bracket, but they'll also be "planning to further engage in the higher smartphone price bands."

Source: The News via WMPoweruser | Images via Microsoft